The Case of Mollie Tibbetts: Resisting Racist and Xenophobic Narratives of Violence Against Women

The tragic murder of Mollie Tibbetts is being used by Trump to bolster his xenophobic policies. It is essential to have an anti-racist perspective to combat violence against women, which is an individual as well as systemic problem. 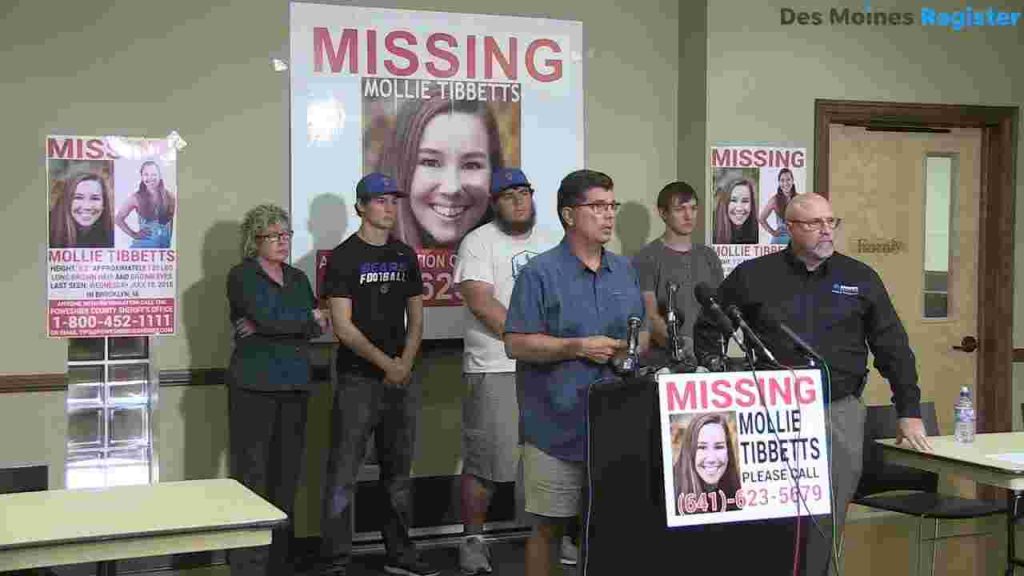 Image From The Reporter Times

I live in Grinnell, a small town in the middle of Iowa. In late July, posts starting showing up on my social media about a young woman named Mollie Tibbetts. She had gone missing from her town of Brooklyn, Iowa, just a 15-minute drive from Grinnell. She had gone jogging without her phone and not come back.

Many of my friends were posting her picture on Instagram and sharing posts about her on Facebook. She was right around my age and just finished her first year in college at the University of Iowa. It was easy to imagine that it could have been myself or one of my friends that had gone missing. With her disappearance so close to where my friends and I attend college, this fear of violence against women struck home in a way it usually does not in such a small town.

When, after several weeks of searching, Mollie had still not been found, bigger news outlets began picking up the story. Finally, police discovered Mollie’s body in a cornfield outside Brooklyn. She appears to have been murdered, and the suspect is Cristhian Bahena Rivera, an undocumented immigrant.

Very quickly, the story exploded all over the national media. Conservatives quickly picked up the story and weaponized it in their anti-immigration arguments. After all, this is everything Trump has been peddling since his first press conference as a presidential candidate: Undocumented immigrants are murderers and rapists who should be kept out by a very big wall.

Trump himself tweeted on the issue, stating that Mollie’s family has been “permanently separated” because of this event, referring to the public outcry over the Trump administration’s policy of separating immigrant families at the border. His comment drips with cynicism, as Trump calls on his followers to mourn the loss of Mollie, making fun of those who also mourned the brutal separation of children from their mothers.

But the killing of Mollie Tibbetts has nothing to do with illegal immigration. It is an issue of violence against women. Mollie went out for a jog and ended up dead in a cornfield, just as many women are threatened, killed and violated as they go about their business every day. In the days before Mollie was found, my friends and I feared violence against women– not undocumented immigrants. Violence against women is a multi-racial, multi-class epidemic.

This is also an issue of how the media portrays violence against women, paying attention to it only when it can provide a useful narrative to drum up racism and xenophobia. The rest of the time, these cases are ignored, swept under the rug, or worse, the victims are blamed. For years, cases like this of violence against white women (real violence or invented racist stories) have been used to legitimize racist views and rhetoric in the United States. They are used to support xenophobic and racist policies, as Trump is attempting to do. In the process, the violence of the capitalist state and white patriarchy against women, people of color and queer people is entirely ignored.

Imagine that Mollie were not white—imagine that she were an immigrant woman, killed by a white man. Would Fox News have splashed this story around? Would Trump have recognized her murder? Would any big media outlet care? Violence against every demographic that is not in the state’s interest to notice goes overlooked.

White men perpetrate violence against women every day. Does Trump tweet about them? No, because it suits the state’s agenda to demonize men of color, over white men, for being violent and violating the sanctity of white women. Take Brock Turner, for example, a convicted rapist whom the media called a “Stanford swimmer.” He was sentenced to only six months in prison, then released three months early. If his victim had been a transwoman, or a woman of color, he may not have gotten any prison time at all.

While individual men are responsible for their actions, the capitalist state is the biggest perpetrator and ally of violence against women. Right now, the head of the U.S. government is a known perpetrator of sexual violence. The U.S. military is known to engage in rape and other mass violence, including at the 800 military bases they have around the world. Prison guards and guards at detention centers also perpetrate sexual and physical violence. Rape kits go unused and rapists go unpunished, and the police themselves engage in rape, as is clear in the case of Anna Chambers

In Argentina, a mass movement against femicide has mobilized under the banner “Ni Una Menos” (Not one more death). But the organizers understand that violence against women was not only about individual cases of sexism, but also about the state’s role in encouraging it. For example, there was a huge swell of activism surrounding a recent vote for the right to an abortion in Argentina. A rallying cry of protesters in the streets was “Sex education so we can decide, contraceptives to prevent abortions and legal abortion so we don’t die.” Activists considered deaths from illegal abortions or from the lack of safe, legal abortion to be femicides committed by the state.

It is in the best interests of the Trump administration to make people believe that white women are threatened by undocumented men—the building of his border wall depends on this fear. It is in the best interest of the state for people to believe that individual men’s actions are somehow separate from, rather than a continuation of, the perpetrator of the biggest crimes: the state itself. The state’s interest is to protect white supremacy and patriarchy, the building blocks of the United States, because they help maintain capitalism.

Mollie’s family has adamantly disavowed the vicious, racist propagandizing of Mollie’s death by conservative politicians and news outlets. Her family has been clear that her death has nothing to do with immigration, and everything to do with a horrible, individual act of violence toward a woman, an act that would likely go unnoticed had the accused perpetrator not been an undocumented immigrant. To remember Mollie, to mourn her and to fight for this to never happen again means combating femicide, not immigration.