The Climate Crisis Is Here: Tornadoes Cut a Deadly Swath Across the United States

Deadly tornadoes killed at least 50 people across the United States on Friday night. This is but the latest sign of a fast-escalating climate crisis. 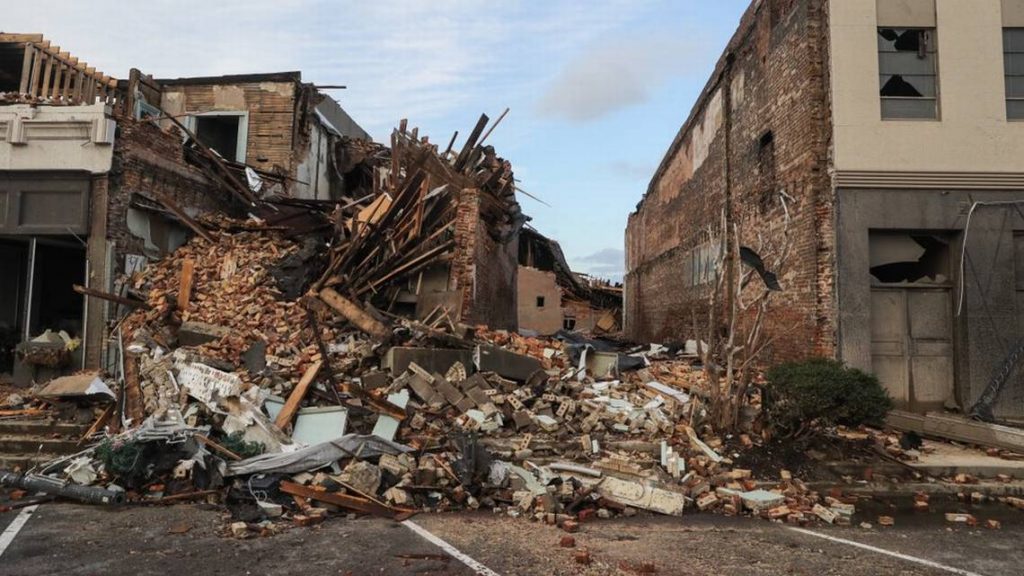 The death count from environmental disasters continues to rise. On Friday night, deadly tornadoes ripped through the U.S. South and Midwest, killing at least 50 people in Kentucky alone. More than 30 tornadoes reportedly touched down, hitting at least six states. Factories with workers inside were destroyed in Kentucky and Illinois, and a nursing home in Arkansas collapsed. Workers died at each site.

This year has been a particularly deadly one thanks to climate change. Fires have raged across Brazil (which then faced record cold temperatures); subways and apartments flooded in New York;  terrifying images of Greece and Turkey on fire shocked millions; and a deadly heat wave took hundreds of lives in the U.S. Northwest. This is all in addition to what have become recurring news stories: famines, water shortages, and power outages caused by environmental disasters.

Last night’s tornadoes are not not just a tragic weather event, but the latest sign of the fast-growing climate crisis. While the precise link between tornadoes and climate change is less clear than with hurricanes, for instance, climate change is increasing the rate and severity of severe weather events in general — including severe thunderstorms that increase the likelihood of tornadoes.

To put it bluntly: the climate crisis is here.

It is an outrage that the capitalists and their representatives in government continue to paint these disasters as unpreventable “acts of god.” President Biden called last night’s tornadoes an “unimaginable tragedy.” Kentucky Senators Rand Paul and Mitch McConnell tweeted vague words of support for victims and communities and calls for federal aid. But these statements ring hollow; both parties remain united in escalating the climate crisis. As long as business continues as usual, as long as capitalism persists as the dominant economic system on our planet, and as long as increasing profits take priority over protecting the climate, these disasters will only escalate. Instead, Congress is busy voting to increase the military budget — when the U.S. military adds significantly to environmental degradation and the overall climate crisis.

As as the climate crisis deepens and severe weather events increase, tragedies like these deaths will continue to occur. As long as nothing meaningful is done to reverse the deepening climate crisis, those in power are, essentially, accepting more death as just part of the cost of “doing business.”

It is also no coincidence that the majority of people who died were at work. Increasingly, the most precarious sectors of the working class — gig workers, hourly workers without benefits, and those who have to work at night — are being hit hardest by climate change. Amazon founder Jeff Bezos went to space, but his workers — who, by his own admission, paid to get him there — died under the collapsed roof of his warehouse in Edwardsville, Illinois. This is the climate crisis in miniature: the rich wring their hands, make empty statements, and continue business as usual while workers suffer and die.

The climate crisis is an existential threat to humanity. Our survival must not play second fiddle to capitalist profits. The only way to reverse the climate crisis is to bring down the capitalist system and the state that protects it. That will take organizing the great masses of the earth’s people. In the meanwhile, we must demand and fight for adequate safety precautions, infrastructure improvements, and greater funding of emergency services.

The climate crisis is here, and only the unified power of the working class will be able to stop it from continuing to worsen.