The Coronavirus in Capitalist Russia

As the rest of the world continues to battle the coronavirus, the Russian government has not only failed to effectively battle the emergency but has attempted to actively ignore it and the plight of its citizens. 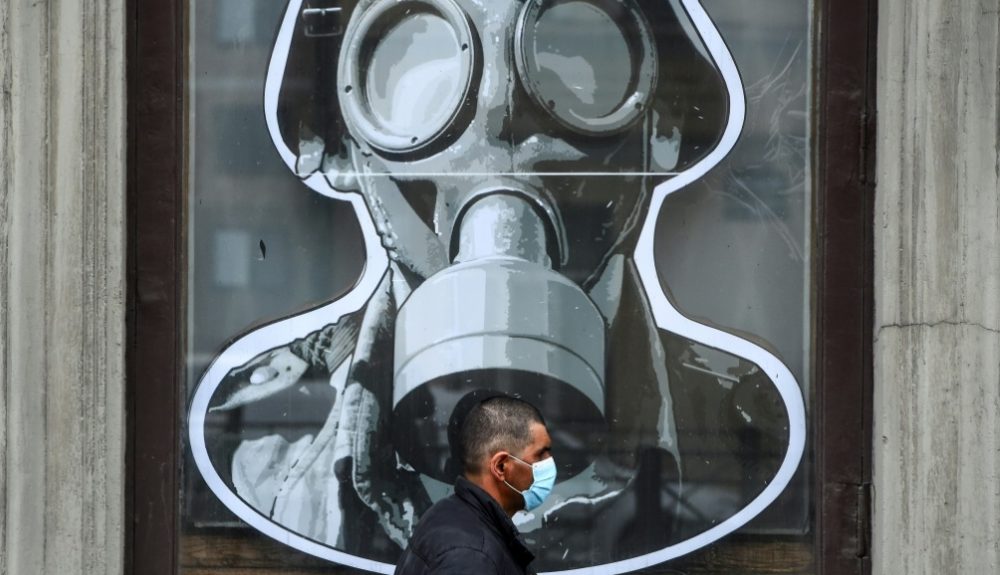 As we look around the world, it is painfully clear that the economic system of capitalism is brutally, even criminally, incapable of fighting against the current pandemic. In fact, this pandemic has revealed what many of us already knew to be the true face of capitalism: a never ending quest for more profit with complete disregard for the needs of people. In this crisis of capitalism across the world, it has become evident that the state is little more than a tool of the capitalist class.

Nowhere has this been demonstrated better than in my home country of Russia, which according to Western liberal historians had just 30 years ago “rid itself” of the “evils of communism,” replacing the old with the “new and wonderful capitalism.” Yet now, when faced with a crisis as dire and dangerous as the current one, the Russian government is doing little to help the working class of Russia.

Initially, when the coronavirus started appearing in Russia, the response was — to put it lightly — confusing. The government tried to prevent a mass outbreak without public panic, and so failed to satisfy either criteria. Russia was one of the last countries to ban public gatherings or to postpone the local football (soccer) league, which reduced possible panic but increased the likelihood of the virus spreading. The Moscow Metro, which is the busiest and largest metro system in Europe, continued to operate with huge queues gathering. Moreover, the federal government gave no official response and continued to proudly declare that everything was under control. This was best showcased by Putin not even bothering to address the nation or declare a nationwide quarantine (which he to this date has still not doneso).  It could be argued that the government did have an ulterior motive in not banning large public gatherings. At the time, Russians were about to vote in a farcical “national vote,” which the government was desperate to hold even though it would endanger the lives of Russian citizens, particularly pensioners who were baited to come to the polls with promises of better pensions. This “national vote” would undermine secularism and freedom of worship by adding the mention of God to the constitution and cut down on the rights of the already marginalized LGBTQ+ community through the official declaration that marriage can only be between a male and a female. It would also expand the office of President by giving him the power to appoint local prosecutors and members of the already corrupt constitutional court, making most ministries report solely to the President. and  Putin’s term limits, which means that Putin could remain President until 2036. Possibly, the state was hoping that an early response would make a proper campaign against the constitutional changes impossible, confining it to the internet. Or possibly, the state hoped that people would — figuratively speaking — rally round the flag and inadvertently support 12 more years of Putinist stability.

However, as was seen in numerous other countries, this pandemic has a tendency to spiral out of control in the face of inaction. In just 7 days (according to official government stats, which recent discoveries have thrown into doubt), the number of cases grew from the upper 1,000s (1,836 on March 30) to over 15,000 by April 12, with deaths rising to over 100 in the same time period. The state was forced to take action. Or so one would think.

You might also be interested in: Russian Doctors and Activists Face Threats for Reporting on Coronavirus Amid Surge in Cases

Reluctantly, the state recognized the danger of the coronavirus and postponed the “national vote,” yet unlike most other countries, Putin refused (and still refuses) to declare a proper quarantine, instead declaring a “nyerabochiy mesets,” a forced holiday. The reason for this is that under this policy, workers can’t officially be fired from their jobs, yet that doesn’t stop businesses from simply refusing to pay their workers any wages. Recent studies have shown that real income for Russians will possibly decline by 12%, which would simply devastate the normal Russian family, who already have to live on around 30-20 thousand rubles (for context this is about 200-300 dollars) per month.

The state continues to vehemently deny any kind of economic relief or aid to the workers. For example, Russians still will have to pay for the ridiculously high ZHKH (Zhlisho-Komunalnoe Hozyastvo), which is basically a blanket utility payment,  which has been frozen in many other post-soviet countries such as Georgia. This is coupled with the impending mass bankruptcies of small and medium sized businesses, which will leave millions unemployed, without any stable income, or even in debt, since credit payments have not been frozen or annulled.

At the same time, as millions are at risk of losing their jobs or their money, Russian social services have been caught completely unprepared. After 30 years of constant neoliberal reforms and cuts, Russian public healthcare is a disaster in every possible aspect. Many hospitals have not been renovated or repaired for over 30 years, leaving them in a terrible state. Moreover, healthcare workers have to work in dangerous conditions, often without masks or protective gear. This is only made worse by low wages and a lack of personnel. Whenever medical workers try to organize and voice their displeasure, they are met with violence and intimidation from the state. A great example of this is the recent visit by the leader of “the Doctors Alliance” (one of the only, if not the only, independent trade unions that represents medical workers), who was detained and beaten when attempting to meet with doctors who went on strike.

Finally, the state led by Putin has done little to restore public confidence. Throughout the crisis, Putin has never provided any sort of coherent picture of what is to be done. Putin has consistently blamed others, such as Russians going on picnics, or making nonsensical statements that only create confusion, such as comparing the virus to ancient nomadic tribes. In addition, the long held illusion that Putin is a staple for a stable government has been brutally exposed with the chaos and confusion that his own government created by their own inaction. The coronavirus has finally also demonstrated what Putin and the “national” oligarchs that surround him are: way out of touch with the realities that the Russian working family have to face, including growing prices, poor healthcare and education, lack of good paying jobs, tiny pensions, and constantly more state oppression.

In the face of this, the “opposition” is as divided as ever. The neoliberal capitalists continue to offer their cure: complete market deregulation and once again selling Russia for plunder in the western markets, while at the same time, the reactionary socialist Communist Party of the Russian Federation once again is failing to organize a true alternative to the state.