The data confirms it: although political leaders talk of the coronavirus as the great equalizer, Black people are getting sick and dying of COVID-19 in higher numbers than others. 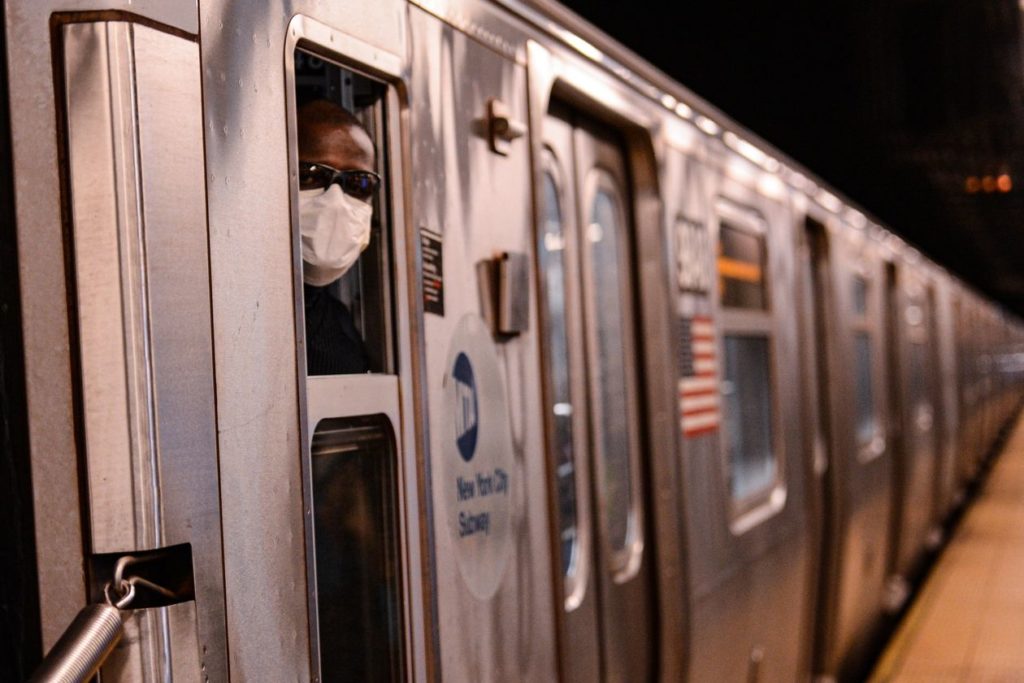 Leaders across the world have dubbed the coronavirus as the great equalizer. As the virus spreads, they say, it doesn’t see race, class, nationality or gender. If exposed, anyone can get sick. In the U.S., over 350,000 people have officially contracted the virus, and over 10,000 people have died. But, behind these numbers lies a truth that most of us know to be true already — in a country with a for-profit healthcare system that leaves millions without access, and a capitalist system that systematically oppresses people of color, Black people across the U.S. are more likely to die because of COVID-19.

As recently released data shows, Black people are more likely to test positive and get seriously sick from COVID-19. In Chicago, where African Americans are a third of the city’s population, they form more than half of those who’ve tested positive for COVID-19. Alarmingly, they also represent over 70% of the city’s coronavirus-related deaths so far. In Milwaukee County, where Black people make up 26% of the population, they made up half the positive cases and 81% of the deaths.

These statistics aren’t an anomaly, but reinforce a pattern. In Michigan, where Black people are only 14% of the population, they make up 35% of the total number of cases and 40% of the deaths. Even where we don’t have demographic breakdowns around the spread of the coronavirus, the patterns are evident based on where the pandemic is hitting hardest. In New York, one of the biggest hot-spots in the country, the hardest hit neighborhoods are those that predominantly have a Black and Brown population. While Louisiana has not yet published case breakdowns by race, 40% of the state’s deaths have happened in Orleans Parish, where the majority of residents are Black.

While experts demand more demographic data to better understand the spread of the virus, the truth is hardly any surprise. In urban centers that have been the hardest hit, Black workers are overwhelmingly represented in the essential work forces: transit workers, grocery store workers, home health aids, janitors, delivery workers. Black and Brown people are also over-represented in jobs deemed “essential,” but shouldn’t be open at all. In New York City, the coronavirus pandemic has spread rapidly through working class neighborhoods in Brooklyn and Queens — neighborhoods that comprise predominantly of people of color. As a recent photo demonstrates, for example, while people in New York state are asked to “work-from-home” and “socially distance”, a New York City subway train that crosses through working class communities of color was packed to the brim with Black and Brown people traveling to work.

These deep socio-economic inequalities are further exacerbated by racialized obstacles to quality healthcare. Black people in America are, on average, more likely to experience worse access to and lower quality of care, and poorer health outcomes than the nation as a whole. As the Commonwealth Fund report outlines, the rate of death before age 75 from conditions considered preventable or partially-treatable such as hypertension, certain cancers, the flu, and diabetes was twice as high for Black people than for white people in America. People of color are more likely to be uninsured, leading to a continuing lack of access to affordable and efficient healthcare. As the healthcare system crumbles under the immense strain of the coronavirus pandemic, Black people are more likely to suffer because of conditions related to COVID-19.

In the U.S. carceral system, furthermore, where overcrowding and unsanitary conditions make prisons possible death traps for inmates, Black people are overrepresented in the prison population at more than 5 times the rate of white people. In New York City, they make up over half the prison population. At Rikers Island, the city’s biggest jail, furthermore, where Black folks make up 56% of the population, 165 inmates tested positive for COVID-19. Although governors and DAs across the country continue to promise emergency decarceration measures due to the health crisis, those in these facilities continue to languish in overcrowded, unsanitary conditions. As one COVID-19 patient in a federal prison shows and tells us in this livestream, “they literally about to leave us in this b**tch to die”.

A long history of housing segregation and discrimination have also led to an overrepresentation of Black people in the country’s homeless population. 40 percent of homeless people in the U.S are Black, while 21% of African Americans  currently live in poverty — almost 2.5 times the rate of white people. Hotels and luxury apartments remain empty, as homeless people are left to fend for themselves. In Las Vegas, where hotels with thousands of beds on the strip lay empty, homeless people were “socially distanced” and sheltered in hotel parking lots. With the first positive case in LA’s Skid Row last week, the neighborhood’s homeless population, one of the largest and densest in the country, are at high risk. While California’s governor, Gavin Newsom, boasts of securing 7,000 hotel beds and being almost at the halfway mark of his goal of 15,000 emergency-shelter beds, it is wholly inadequate for the state’s 150,000 homeless people.

The racial wealth gap, where a white family in America typically has ten times the wealth of a Black family in America, continues to leave Black people more vulnerable, medically, socially and economically. The coronavirus is not the great equalizer. It is, in fact, a pandemic that exacerbates all of the inequalities of capitalism and particularly lays bare the devastating effects of anti-Black racism.