The Decriminalization of ‘Homosexuality’ in the USSR: a Milestone in the History of Sexual Liberation

A brief history of the decriminalization of homosexual behavior in the USSR. 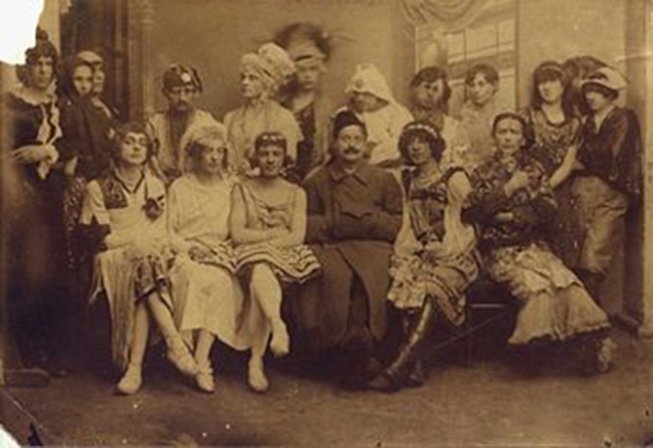 At the beginning of the 20th century, “homosexuality”** in most countries was considered not only immoral, but also criminal. Because of the perceived deviance and impropriety of sexual difference, much of the struggle early on was about the decriminalization of non-normative sexual behavior.

But this period, during which there was heightened sexual discourse, made it also possible to articulate sex and sexuality in newfangled ways, such that they became metaphors for the global system of the nation-state. The hetero-masculine form, thus, stood in for the nation-state, the nation as robust, as potent.

An unfortunate consequence of this, too, was that anything perceived less than masculine or hetero, as feminine, and as therefore a threat to the nation, was repudiated. And herein lies the conundrum: as countries shored up their national integrity, sexual minorities, falling outside of this regime, quickly signified otherness and foreignness. This is the idea that homosexuality is “imported” from Europe, and the zeitgeist of Stalin and Putin’s politics is evidence of this.

Before Putin and even Stalin’s persecution of LGBT people, there were the Bolsheviks in the 1920s who were the first in the world to decriminalize homosexuality in the West. This made them a leader of the incipient forms of LGBT organizing in the world of the 20th century.

Before the Russian Revolution

Punitive sexual regulation was practiced throughout most of west and disciplinarian sexual norms were enforced throughout most of western Europe. Unlike Europe, however, czarist Russia never systematically persecuted the LGBT population, even though sodomy was formally prohibited in czarist Russia by the Penal Code in 1835. Even up until 1905, most anti-sodomy trials were initiated by civilians, not the police or other law-enforcing entities.

The emancipation of the serfs in 1861 and the industrialization some two-to-three decades later drove peasants en masse to the cities. With unclear kinship ties, these peasants began forming new communities in urban spaces, where there were less restrictive and conservative cultural norms. There emerged a great many non-normative sexual subcultures in major cities of the czarist, semi-feudal empire, especially in Moscow and Petrograd. Bathhouses, avenues and boulevards, poetry clubs frequented by predominantly men who had sex with men, and even intimate diaries of the czarist nobility, all of these reconstruct the real history of sexual minorities in Russia. 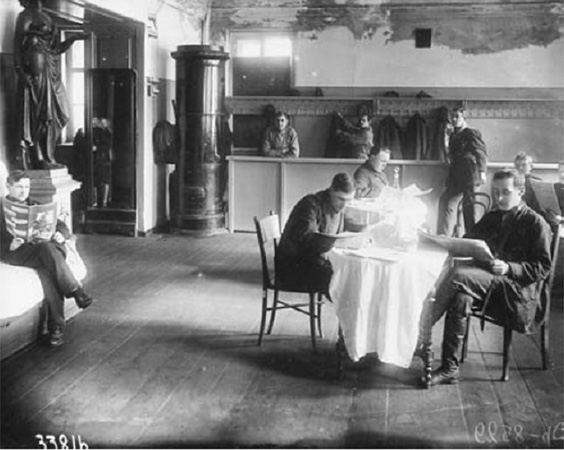 A bath house in St. Petersburg.

The failed 1905 revolution opened a moment for greater freedom of expression, above all in the realm of culture and literature. Although there were no organizations in defense of sexual minorities, there were those who fought against criminalization.

The triumph of decriminalization

In the late 1800’s in Europe, several people spoke out against the criminalization of homosexuality. Karl Heinrich Ulrichs gave a “coming out” speech in August of 1867 in front of the Congress of German Jurists in Munich. He protested Article 143 of the Prussian Penal Code and, in his speech, openly professed his homosexuality. Karl-María Kertbeny also condemned criminalization in his writings, and was the first to use the word “homosexual” to describe those who practiced same-sex sexual relations. The term would later be used in 1886 in the first psychiatric book about “sexual perversions”, Psychopathia Sexualis. In the late 1800’s in Berlin, Magnus Hirschfield was one of the most vocal proponents of the decriminalization of homosexuality; he spoke at the German Parliament on behalf of the social democratic party.

In the USSR, a new penal code was passed in 1903 under the order of the Czar. Liberals argued against the criminalization of homosexuality because of the right to privacy and personal autonomy, yet it remained a crime. But it wouldn’t be until the Bolshevik Revolution that the old Penal Code was eradicated — and “sodomy” between consenting adults was no longer penalized. The measure was confirmed in May of 1922 with the creation of a new Soviet Penal Code.

The fact that the USSR was able to decriminalize homosexuality decades before other countries is historically specific. It was about the specificities of that moment and the role of Bolshevik party vis-a-vis the Soviets that made decriminalization possible in the first post-war period. This decision was met with conservative elements in Russia at a time when there was a massive economic crisis and a civil war supported by imperialist powers who sought to crush the USSR.

Alexandra Kollontai is an important example of a Bolshevik leader who was proponent of sexual liberation, arguing for rights for sexual minorities; she was part of the Central Committee of the Bolshevik Party and the People’s Commissar for Social Welfare. She participated in the World League for Sexual Reform, which was based in Berlin and led by Magnus Hirschfeld. She became the linchpin of major campaigns for “homosexual” emancipation throughout western Europe.

Other proponents of decriminalization were from the health sector, such as Grigorri Batki, who chaired the Moscow Institute of Social Hygiene. He argued that, “Soviet legislation declares absolute non-interference of the State and society in sexual matters.” Many of these works were translated to Russian from German.

Yet, as Sherry Wolf, author of Sexuality and Socialism points out, the Bolsheviks were not necessarily “deeply enlightened about gender or sexuality issues… They were interrogating and investigating the idea of human liberation and they stood in opposition to oppression.” Moreover, along with the decriminalization of sodomy, women and trans people served openly in the Red Army, at least one same-sex marriage license is documented, and according to Wolf, trans people had access to gender-reassigning medical surgery.

The question of sexuality came after the movement for women’s rights, which had been discussed and theorized by the Bolsheviks and the broader society. The women’s movement had already made profound advancements in the late 19th and early 20th centuries. Within the Bolshevik party, there were intense debates and a clear policy for women’s liberation.

The gains of sexual and gender liberation were historically significant; they preceded the decriminalization of sodomy in several Western countries including the United States. These gains for sexual liberation were the first steps on the path for the demands of LGBT activists in the US in the 70s, with the Compton Cafeteria Riots and the Stonewall Riots. 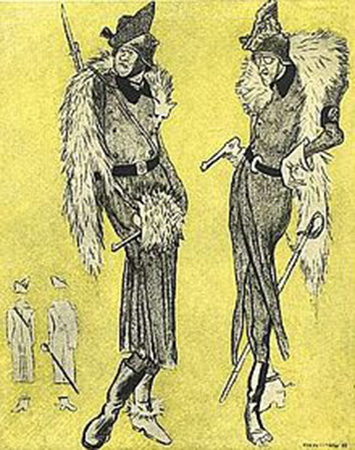 Later on, after Stalin mete out his counterrevolution, a new law was passed in May 1934 that re-criminalized sodomy. He began a campaign to identify homosexuals as fascist agents imported to the Soviet Union by Western Europe, specifically Germany. The policy was criticized by people like Wilhelm Reich, who was expelled from the German section of the Communist Party after the turn in its politics in the 30s. His article, “The Sexual Revolution,” pointed to Soviet legislation as the most progressive of the epoch and furiously criticized the retreat led by Stalinism.

Despite the shadow of Stalinism and Putin’s current regime, the decriminalization of homosexuality following the Russian Revolution was one of the many Soviet measures on a path toward the liberation of humanity from wage slavery and all forms of oppression.

In a world where capitalism continues to rely on homophobia and transphobia to strengthen the repressive power of its governments and divide the exploited and oppressed, it is vital to remember this history. LGBT people must remember our radical roots and take up the struggle for socialism, especially because the struggle for sexual freedom is inextricably linked to the revolutionary struggle.

**This text uses the term homosexuality, as it was used in that time period. The term LGBT and a discussion of lesbian rights and trans liberation did not not exist in the same terms as in the second half of the 20th century.