Biden and the Democrats want to put Harriet Tubman on the 20-dollar bill. It’s a way to cover up that they’re champions of the white-supremacist cops and the capitalist system they protect. Harriet Tubman’s abolitionist legacy cannot be bought or sold. 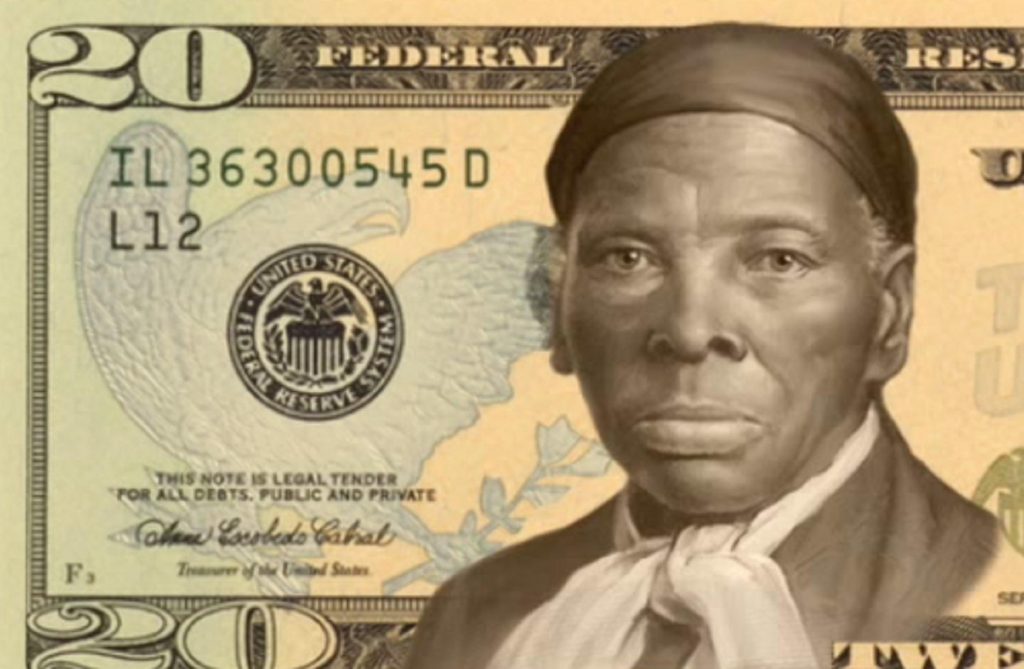 But to avoid being too radical, the Treasury won’t boot the slave-holding, genocidal white-supremacist Andrew Jackson. It will just move Jackson to the back of the bill. In the words of Press Secretary Jen Psaki, “It’s important that our money reflect the history and diversity of our country.”

The Democrats’ plan for Tubman is barely a symbolic concession to the fight against racism and misogyny — since it continues to honor the racist murderer Jackson. But more than this, it’s a cynical ploy to use Tubman’s revolutionary legacy to support the racist system that she spent her life fighting.

Tubman’s life was nothing short of revolutionary. Born around 1820, her first decades were marked by the casual horror of the slave system, which was key to budding American capitalism. On the Maryland plantation where she was born, for example, Tubman blocked a doorway to stop a plantation overseer from punishing a field hand. The overseer bludgeoned her over the head with a two-pound weight. She was left with a head injury that affected her for the rest of her life.

A little over a decade later, she fled the plantation. She traveled by night, following the North Star until she reached Philadelphia and freedom. But a year later she returned to free family members. All told, she traveled back to the South 19 times to lead others to freedom. The danger was extreme. Slave catchers put a $40,000 bounty on her head. Gruesome punishments awaited her if she had been caught. On her trips she kept a pistol nearby — in part to convince fleeing slaves not to lose their heads. Her words of encouragement: “You’ll be free or die.” As she told Fredrick Douglass, “I never lost a single passenger.”

But Tubman’s story hardly ends there. In 1858 she helped the radical abolitionist John Brown plan his historic attack on Harper’s Ferry, where Brown aimed to steal arms for a slave uprising and deal a blow to slave-owners. The raid failed, but Tubman called Brown a hero. A few years later, during the Civil War, Tubman led Union gunboats along the Combahee River to free 750 slaves from the depths of Confederate territory. And in the early 20th century she was championed the struggle for women’s right to vote.

The Democrats: Heirs of Tubman’s Enemies

By putting Tubman on the 20-dollar bill, Biden and the Democrats are trying to use her legacy for their own ends. And those ends are totally opposed to the ones Tubman devoted her life to.

We can’t forget that “Jim Crow Joe” was an enemy of racially integrating schools; that he was one of the architects of racist mass incarceration; and that he served under the president — Obama — responsible for the most deportations in U.S. history.

More than this, Biden rejects the idea of police abolition or defunding the cops — those proud ancestors of the slave-catching patrols that hunted Tubman. Instead, Biden calls for a “gentler” police that only shoots Black people in the leg, not the heart. Meanwhile, cops keep on murdering Black people with impunity across the country — like in Democrat-controlled Philadelphia, where Tubman first escaped. And in fact, Biden is using the January 6 riot at the Capitol to call for ramping up the United States’ white-supremacist forces of repression. Meanwhile, Biden’s presidential campaign raked in millions from border security firms hoping to make huge profits off the new administration’s racist border policies. And Biden continues to support racist deportations by ICE.

By putting her picture on cash, the Democrats are using a militant who helped slaves escape from the plantations that were key in launching American capitalism for capitalist property. More than this: money is nothing but the embodiment of the value that capitalism has to constantly create to survive, and that value comes from the vicious and deadly exploitation of labor around the globe. That is, Biden wants to honor Tubman with a tool of capitalism “dripping from head to foot, from every pore, with blood and dirt.”

Biden and the Democrats are trying to whitewash Tubman’s legacy because they have absolutely nothing to offer in the fight against the white supremacy that is so crucial to capitalism. They themselves are the agents of that capitalism. In other words, Biden and the Democrats are the heirs of the enemies that Tubman fought in her lifetime. As Lenin wrote,

During the lifetime of great revolutionaries, the oppressing classes constantly hounded them. … After their death, attempts are made to convert them into harmless icons, to canonize them, so to say, and to hallow their names to a certain extent for the “consolation” of the oppressed classes and with the object of duping the latter.

Today, it’s crucial that we celebrate Tubman’s revolutionary legacy as socialists who understand that racism is a pillar of the capitalist system.

But we can only be true to that legacy by militantly fighting the heirs of her enemies: the police, the Democrats, and Biden, all supporters of the white-supremacist capitalist system. Their cynical, obscene canonizing of Tubman as a harmless legend deserves nothing but our scorn.

Tubman’s life is even more proof of C. L. R. James’s words: “The only place where Negroes did not revolt is in the pages of capitalist historians.” And it’s proof that Black people have been and continue to be at the forefront of some of the most important events of global class struggle.

Learning from Tubman means helping build the fight for a world where both racism and money rot in the dustbin of history.