The Democrats on Abortion Rights, In Their Own Words

The Democrats have alternated for 50 years between promising to support, and then publicly abandoning, the freedom to choose an abortion based on their own professional self-interests and their job as managers of an extremely unequal capitalist society. 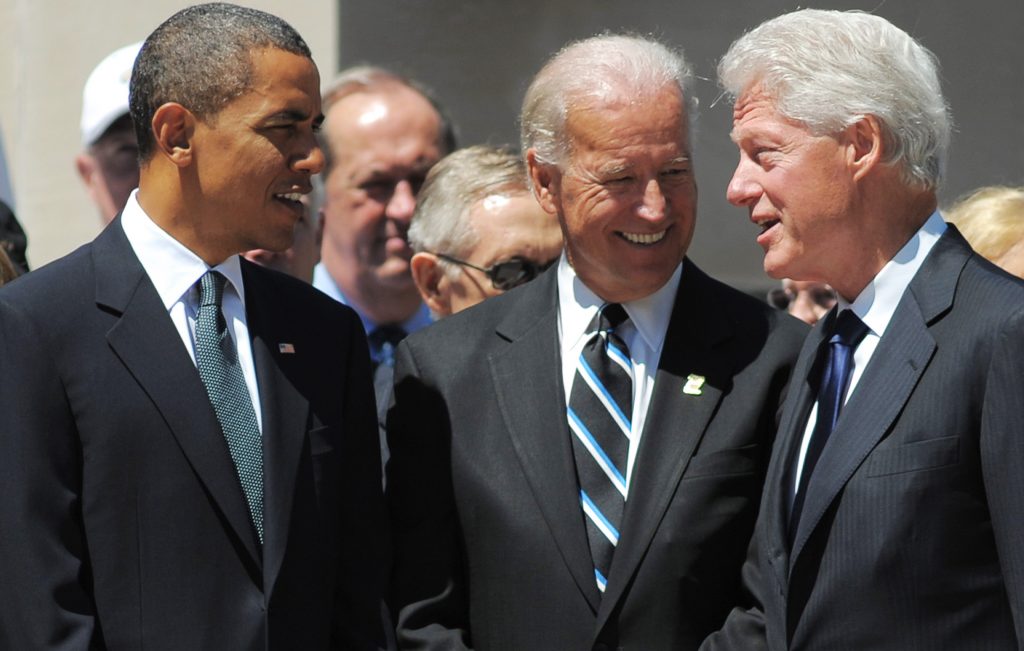 The conservative majority on the Supreme Court has overturned Roe v. Wade, taking away the right for a pregnant person to chose to have an abortion and allowing state legislators to restrict or ban abortion altogether. Abortion is a vital right of bodily autonomy for anyone who wants one. Bans will affect low-income workers and poor people the most. Black and Brown people will be most likely to be persecuted by the courts and prison system for seeking an abortion. People who are financially well-off will always be able to afford to travel to liberal states where abortion is still legal. Tens of thousands of people took to the streets, including 20,000 protesters in New York City, in protest of the Supreme Court’s decision. Millions more still are shocked that access to abortion, won in 1973, is now being rolled back. Polling shows that 61 percent  of the U.S. population believe that abortion should be legal in all or most cases.

Following the Supreme Court’s announcement, Joe Biden said, “This fall, we must elect more senators and representatives,” promising that then the Democratic Party will pass a federal right to abortion law. This is the same Biden who opposes ending the filibuster and allows Senator Joe Manchin to vote with Republicans without being expelled from his party, so that, despite their majority in both houses, the Democratic Party has failed to pass any significant legislation.

The Democrats have a five-decade record of hypocrisy on abortion access. They want pro-choice votes but not the inconvenience or controversy that would come with enacting pro-choice laws. Leading Democrats have surrendered or been accomplices to conservative attacks, from the Hyde Amendment, which banned the use of federal funds and prevents hundreds of thousands of Medicaid users from being able to pay for abortions annually, to the dishonest morality sermons used as a battering ram against church-state separation by the white nationalist Christian Right.

Below, we republish some of this history, verbatim:

Joe Biden, 1974:
“I don’t like the Supreme Court decision on abortion. I think it went too far. I don’t think that a woman has the sole right to say what should happen to her body.”

“[T]he federal government should not be required or encouraged to finance abortions … [A]s you know there are many things in life that are not fair, that wealthy people can afford and poor people can’t.”

“I am opposed to abortion …We should not spend money on abortion because so many people think abortion is wrong.”

– Letter to the Arkansas Right to Life Committee

Bill Clinton, reflecting on the 1992 election:

“Abortion was a big issue in 1992. I was one of the first pro-choice Democrats to run since Roe v. Wade, who actually benefited from Roe v. Wade.”

“I do not view abortion as a choice and a right. I think it’s always a tragedy, and I think that it should be rare and safe, and I think we should be focusing on how to limit the number of abortions.”

(Question from mega-church minister Joel Hunter): “Could you see yourself, with millions of voters in the pro-life camp, creating a common ground, with the goal, ultimately in mind of reducing the decisions for abortion to zero?”

Response: “Yes, yes. And that is what I have tried to both talk about and reach out about over the last many years, going back, really, at least 15 years, in talking about abortion being ‘safe, legal, and rare,’ and by ‘rare,’ I mean rare.”

“The first thing I’d do as president is sign the Freedom of Choice Act.”

“The Freedom of Choice Act is not my highest legislative priority.”

“By the authority vested in me as President by the Constitution … Following the recent enactment of the … Affordable Care Act … it is necessary to establish an adequate enforcement mechanism to ensure that Federal funds are not used for abortion services (except in cases of rape or incest, or when the life of the woman would be endangered), consistent with … the Hyde Amendment.”

“… let’s not spend too much time [on abortion]. It’s kind of fading as an issue.”

“Roe v. Wade is the law of the land, and we must fight any and all attempts to overturn it. As president, I will codify Roe into law and ensure this choice remains between a woman and her doctor.”

[Becerra then rejected calls for the Biden administration to allow temporary abortion clinics to be set up on federal property in states with anti-abortion laws to provide abortions and provoke court challenges.] “… simply because it’s an idea doesn’t mean it can go out into practice … So we’re gonna do what we can to give people something as quickly as we can. Even if it may not be everything they like, we want to make sure we’re providing everything we can.”