The Diary of an Unemployed New Yorker

Since the coronavirus pandemic reached catastrophic levels in the United States, an average of 6 million people a week have been making new unemployment claims. The federal government has made no push for a national firing freeze and has left millions of Americans to apply for unemployment. 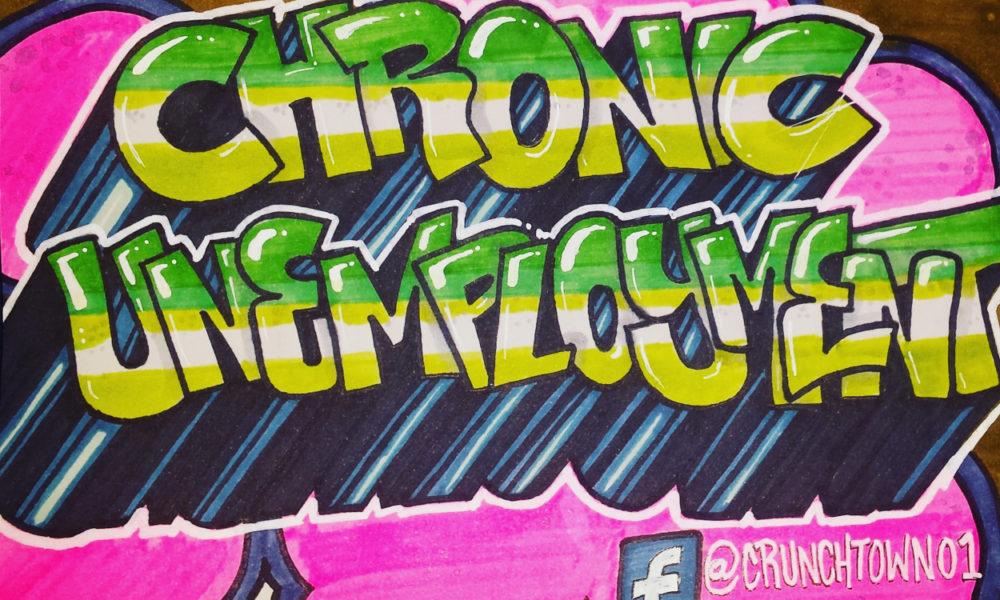 As I write this, 22 million people in the United States have filed for unemployment. This number doesn’t even account for the many undocumented workers that aren’t given access to unemployment benefits. This number ignores the freelance and gig workers who are going through the motions of collecting scattered W-2s and 1099s from a variety of businesses and across state lines and have been unable to get a hold of the unemployment offices to file their difficult claim. This number ignores the off-the-books workers in the casual industries mostly dominated by domestic labor. Even with these large swaths of labor not filing, the U.S. unemployment rate is a staggering 13 percent. With the unemployment rate climbing to Great Depression levels, there is still no end in sight for the economic pause to be lifted. This means that the millions of people filing for unemployment right now are left vulnerable and in desperate need of a living wage as they weather this crisis. Yet it is extremely difficult to file for unemployment. When the first wave of layoffs happened as a result of the crisis, unemployment sites around the country crashed repeatedly, preventing people from filing their claims. This is a short journal of my experience applying for unemployment, one of 791,840 people in New York State to join the ranks of the financially unstable.

Day 1. It’s a Monday. I have officially received my papers saying I was let go, dismissed, laid off, deemed nonessential. As a professional babysitter, I spent a long time on the phone trying to piece together what I could and couldn’t receive, anxious about being in a profession that thrives on casual contracts that are rarely put in writing. After an hour on hold, I finally figured out my plan. As an on-the-books employee, I will seemingly be eligible for some unemployment benefits: an extra $600, thanks to the Cares Act. I’m lucky that I chose to work on the books for this particular contract or I would have been thrown under the bus by a government that has systematically withheld support for domestic workers. I’m also lucky that I have the added protection of my U.S. citizenship, since many domestic workers, including many I spend my days with, are undocumented or waiting to receive a green card. Most of these workers will be unable to apply for unemployment and will never receive that $1,200 check that has been promised. I’m terrified of the stories from many of my friends documenting their never-ending phone calls, perpetually on hold, waiting days to even get through. No one I know has gotten their mythical “fast-tracked” checks and benefits. With such a high demand for claims, everyone must file on a day that corresponds with their last name. A-F file on Monday. G-N file on Tuesday. O-Z file on Wednesday. Thursday-Saturday is a filing free-for-all. I’m a last name O-Z filer. For now I must wait for two days. Everything is on pause. On Wednesday, there will be action. My fellow O-Z filers will dig up W-2s, type Social Security numbers, admit how much their bosses deemed their worth by wage, and probably wait on hold with an unemployment agency that doesn’t have the capacity for the massive failures of a capitalist society during a pandemic. For now, I wait.

Day 2. It’s a Tuesday. My partner didn’t receive his unemployment on Friday and still hasn’t figured out why. No one is answering his emails, phone calls, or chat apps. Under the Cares Act, he is eligible for an extra $600 on top of his normal, not-pandemic-related check. The website insists that the system will automatically update everyone’s check and there is no need to follow through because it will only clog up the lines. Instead of a bigger check, he has received no check. In the last two weeks this clearly inefficient system has been the only thing holding up more than 6 million people from making claims. The NYC Department of Labor has informed him that he has received a letter in the mail. We’re staying at my father’s girlfriend’s apartment, like so many people who are staying near loved ones during the pandemic. With all the other forms of communication at the city’s disposal, the USPS is seemingly the only one capable of making sure my partner and I will be able to afford the coming months. I’m now very worried that my check will be tied up in a residence we have abandoned for the time being for our own safety.

Day 3. Wednesday. Filing day. Woke up anxious. A few hours later in the day, after much tactical procrastination, I start applying. I forgot my password and seemingly also my oldest cousin’s first and last name. The only way to change it now is to call a phone number that tells you the call volume is too high and hangs up. Perfect. After some tears, a lot of complaining, and the soundtrack of Barbra Dane to get me through this (“I Hate the Capitalist System” is a banger in times of bureaucratic grief), I try again, and it seems like one of my old passwords did the trick. I’m in. I start filing part 1 of a 10-part survey. The website crashes at part 4. I start over. It crashes again. This happens one more time, and I’m done. I’m told that I will hear back in an undetermined amount of time from a department that is backlogged and unreliable. Capitalism truly is a rational and efficient system. My partner is left calling a phone number that doesn’t pick up. Yet again, I’m left waiting.

The system being presented as a “solution” to the vast number of people unemployed as a result of the coronavirus isn’t enough. There are some glaring holes that need to be addressed. Undocumented workers and people who are not paid on the books are completely excluded from all unemployment benefits. Currently, gig economy workers are included but the means-tested hoops they are forced to jump through in an overwhelmed system make it almost impossible. Why should we be the ones to prove we’re in need when we didn’t create this crisis in the first place?

Owing to the unprecedented conditions of this crisis, Americans are unsure when it will even be safe to go back into work. With the United States’ pitiful social security spending — which Trump has repeatedly tried to cut, even in the midst of the pandemic — many unemployed people will soon be unable to pay for their homes, their food, and their health care. We need a quarantine weekly wage that is given to all people living in the United States, especially to those without citizenship or work history. It must be a truly livable wage, not one calculated by the miniscule crumbs of the federal minimum wage.

People are struggling. We have bread lines as long as they were during the Great Depression. The few corporations that were bailed out by the government’s $2 trillion stimulus package didn’t have to jump through as many hoops as the millions of people who are struggling to put food on the table in the middle of a public health crisis that keeps them out of work; they were given the money upfront, no questions asked. So it’s clear that this bureaucracy is not necessary when it comes to meeting people’s most basic human needs. Everyone must have access to that money now. In times of extreme crisis, extreme measures must be taken. The American unemployment system is simply not enough to address the needs of the masses.