Hannah Holleman is an activist and professor of sociology at Amherst College in Amherst, Massachusetts. 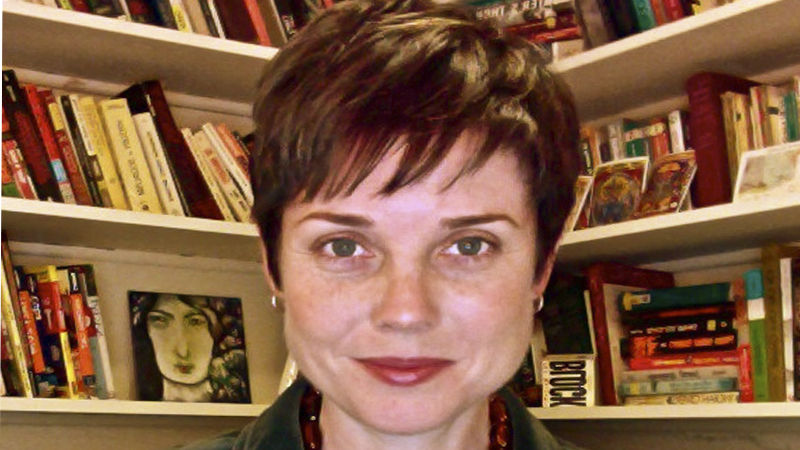 She is a featured speaker at a regional socialist educational conference, The Solution is Socialism, to be held at Central Connecticut State University, New Britain, Connecticut on October 22.

1. You argue in a recent article, “De-naturalizing Ecological Disaster: Colonialism, Racism, and the Global Dust Bowl of the 1930s”, that predominant conceptions of environmental justice are too shallow and that the environmental movement needs at its center a deeper understanding of, and commitment to, real ecological justice. Can you explain what you mean and why this is so important?

Many focus on environmental injustice as the unequal distribution of outcomes of environmental harm. Colonized or formerly colonized peoples are homogenized and described as “stakeholders” in environmental conflicts. Mainstream environmental organizations, those on the privileged side of the segregated environmental movement globally, and more linked to power, are encouraged to diversify their staff and memberships and pay attention to issues of “justice.” However, the deeper aspects of social domination required to maintain the economic, social, and environmental status quo often are denied, minimized, or simply ignored.

Ignoring the systemic and historical injustice that makes current inequalities possible allows environmentalists and other activists, as Roxanne Dunbar-Ortiz writes, “to safely put aside present responsibility for continued harm done by that past and questions of reparations, restitution, and reordering society,” when discussing current, interrelated environmental and social problems.[i] Superficial approaches to addressing racism, indigenous oppression, and other forms of social domination preclude the possibility of a deeper solidarity across historical social divisions. However, this kind of solidarity is exactly what we need to build a movement capable of challenging the status quo and making systemic, lasting change that is socially and ecologically restorative and just.

2. In a 2014 article coauthored with John Bellamy Foster, you put forward some of the elements necessary for a theory of ecological imperialism that can guide our work. Why do we need such a theory?

The pace and scale of ecological degradation we confront today is unfathomable without understanding the legacy and persistent realities of ecological imperialism. The rest of the world has not willingly volunteered its resources to the richest countries so that, as one study showed, 16% of the world’s population might consume more than 80% of the world’s resources (the numbers might be different today, but you get the point).[ii] Nor has the rest of the world agreed to host the rich world’s garbage or act as carbon sequestration sites for the effluence of the affluent.

Rather, this asymmetry is the result of the deeply anti-democratic, imperialistic nature of global capitalism from the earliest colonial period to the present. Political and economic elites of the most wealthy and powerful capitalist countries, in tandem with local and national elites around the globe, have imposed a model of economic development worldwide that thrives on the extraction of ecological wealth and the exploitation, as well as the violent dislocation and subjugation, of peoples.

In this system, the investors who own the world’s largest firms profit by extracting resources as cheaply as possible and by externalizing the environmental costs of extraction, of the transportation of goods, of production, and of waste disposal onto the rest of the population. They hire CEOs to increase their profits by minimizing labor costs—paying workers as little as possible, cutting benefits or not offering any, forcing them to work more for less money, and replacing them with machines or even cheaper labor when possible. Companies and their shareholders systematically avoid taxes, thus gutting the primary means through which societies can attempt to address the social and ecological consequences of such an economy. Finally, corporations and the capitalist states supporting them undemocratically intervene in global politics, including militarily, so that business can continue uninterrupted.

These routine practices are at the core of our contemporary social and ecological crises. A theory of ecological imperialism helps you understand the drivers and mechanisms that lead to the intertwined problems of inequality, injustice, and ecological degradation we see today. It also allows us to understand why communities around the world, from the early colonial period to the present, have engaged in active struggle to protect land, livelihoods, and indeed lives in the face of the encroachment capital.

3. What does an analysis of ecological imperialism mean for activism?

Understanding that imperialism is at the heart of our contemporary ecological and social crises points to the necessity of tackling head on the imperial system of capital. The mainstream environmental movement has been hamstrung by disorienting claims that capitalism can solve the ecological crisis, and by misplaced faith in the “good capitalists” that will transform the world with technology and green or fairly traded products, or international climate agreements such as the one presented in Paris in 2015.

Looking toward political and economic elites for salvation, and often relying on them for funding, significant segments of the movement are cut off from those with the greatest interest in transforming the system, the global working and dispossessed class. This means they are not engaged in the arduous task of overcoming the historical divisions imposed by the racialized division of nature and humanity at the heart of the ecological rift of capitalism.

4. Some of your written work focuses on the issue of “unequal ecological exchange.” Can you briefly describe this concept?

Because these extractive regions are less powerful economically and politically, they cannot demand compensation for this ecological exchange adequate to fund environmental restoration. And, they do not have the economic might to siphon resources from the wealthy countries in return.

The undercompensated transfer of ecological wealth has many consequences, including trapping extractive regions in a cycle of poverty, debt, and ecological destruction from which it is difficult to emerge. Scholars and activists refer to the sum of this ecological transfer, from the colonial era to the present, as the ecological debt owed the Global South by the Global North.

5. You are working on a new book, Dust Bowls of Empire, and recently published a major reinterpretation of the Dust Bowl as an article titled “De-Naturalizing Ecological Disaster: Colonialism, Racism, and the Global Dust Bowl of the 1930s.”[iii] In this work you show that the 1930s Dust Bowl was not a regional disaster, but the first global environmental problem, linked to colonialism, imperialism, and the expansion of the capitalist economy. What is the significance for activists of this reinterpretation of one of the most infamous social and ecological disasters in history?

The importance of learning from this history cannot be overstated. Today, debates over solutions to global ecological crises like climate change proceed too often as if we have no historical evidence to help us understand what works and what doesn’t work. The case of the Dust Bowl of the 1930s, which I show was one dramatic regional manifestation of a global social and ecological crisis generated by the realities of settler colonialism and imperialism, illustrates the enormous consequences of relying on imperial “politics as usual” to attempt a change in “business as usual.”

Similar to the ineffective (from a social and ecological standpoint) climate conferences held for decades by the UN, world leaders could not ultimately prevent or resolve the crisis of soil erosion in the 1930s because of their commitment to maintaining the global social and economic status quo—the racialized class system in which we still live today.

The Dust Bowl did not arise because there was a lack of awareness of the issue or the technical means to address it. Like climate change today, the ultimate source of the crisis was social, not technological, thus requiring massive social change to address.

There is a lot more in the book, which brings the story of the Dust Bowl and its impact on the environment, communities, and politics all the way to the present. Research for the book took a lot of work and I think it will interest everyone struggling within movements to transcend what Dr. Martin Luther King, Jr. saw as Western society’s “proneness to adjust to injustice” and break free from what Marx called “the tradition of all the dead generations” that in times of change “weighs like a nightmare on the brain of the living.”[iv]