The End of NAFTA?

This past month, representatives of the U.S. and Mexican governments held bilateral talks to reach a new trade agreement which would replace NAFTA. Does this mean the end of NAFTA? 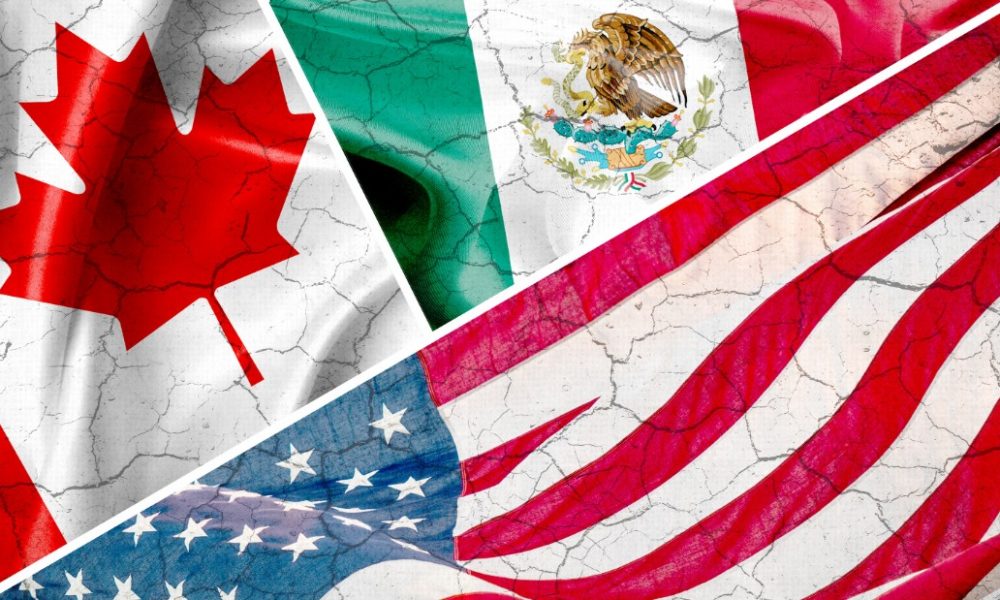 In the Trump era, trade negotiations are publicity stunts. Last week, the White House released a video of a triumphant Donald Trump speaking on the phone with Mexican President, Enrique Peña Nieto. The call also included Trump’s son-in-law, Jared Kushner, the Mexican Secretary of Foreign Relations Luis Videgaray, and the Mexican Secretary of Economy Ildefonso Guajardo. The magnitude of the trade agreement and the announcement was undercut by the fact that all of this occurred via telephone, including a moment when Trump couldn’t get a hold of the Mexican President.

Although there is no signed agreement yet and any changes to NAFTA must be approved by Congress, analysts and consultants are optimistic that the agreement will soon be ratified.

The Trump administration, first through threats and then through flattery towards López Obrador, appears to have achieved its aims: bilateral negotiations that exclude Canada, increased rules of origin and the maintenance of an energy policy which continues to deliver Mexico’s oil to American transnationals. In this sense, the Trump administration has deepened the subjugation of Mexico to U.S. imperialism, even at a moment in which neoliberal “globalization” is in turmoil.

These new modifications will continue to mean big profits for American companies. And Trump managed to achieve a bilateral negotiation excluding Canada from this first agreement, fulfilling his campaign proposal.

So, what was agreed on so far? The agreement will be valid for 16 years, rather than five years as Trump wanted. However, the deal will be revisited every six years. The production of automobile parts in the U.S. will be increased from 62.5% to 75%. Between 40 and 45% of parts will be manufactured by workers earning at least $16 per hour. This, of course, favors American workers since wages in Mexico are well below those figures. The new agreement also includes updates to regulations around the digital economy, automobiles, agriculture and trade unions, among other issues. According to The New York Times, the centerpiece of the trade deal, which allows U.S. companies to operate in Mexico and Canada without tariffs, “remains intact.”

So what happens next? Once the current U.S. Trade Representative Robert Lighthizer announces that initial agreement is reached, he has 30 days to send the document to Congress, which has 60 days to approve it and send it to the President to be signed. In order to have the new agreement signed before December 1, the current negotiations should end this week. After December 1, Lopez Obrador, Mexico’s new President would have to sign.

What do the negotiators still need to define? The Washington Post points out that a number of issues must still be resolved, most notably Canada’s role in the new agreement.

The same article points out that Trump and the Mexican authorities have not yet defined whether U.S. tariffs on steel and aluminum imports will remain in place, a contentious point in trade relations between the two countries. These tariffs are part of the “232 tariffs” on foreign goods that the Trump administration imposed in the name of national security. The American president is currently evaluating the extension of these tariffs to imported automobiles.

The Effects on the Auto Industry

If the agreement goes into effect, cars and trucks are likely to become more expensive for U.S. consumers. In turn, some economists believe that a deal between the U.S. and Mexico which does not include Canada would be very confusing (and expensive) for the auto companies, which could lead companies to cut jobs or move overseas. White House officials are optimistic, however; according to them, the agreement will generate more jobs in America by making it difficult for countries such as China to send cheap products through Mexico to the United States.

But other analysts point out that the new rules of origin requirements will demand a great expansion of the American administrative apparatus (something that is not generally supported by the Republicans). Rules of origin are the criteria used to determine the national source of a product. They are important because duties and restrictions depend on the source of imports. In the original agreement, the car production plants in Mexico should use 60% of the components of cars of American origin, while in the new agreement they have to use 75%.

Analysts also point out that these changes will not lead to an increase in exports of cars from the United States to Mexico. Quite the contrary, they consider that it may shrink trade between both countries.

What is expected in Mexico? Ildefonso Guajardo, the Mexican Secretary of Economy, declared that nearly 70% of Mexico’s automobile exports are light vehicles and are in a position to comply with the new rules of origin.

Pick-up trucks are an important Mexican export which will be affected by the new restrictions placed on Mexico by the new agreement. Guajardo was not optimistic; his ambiguous answer to these unfavorable conditions was that “it will require additional efforts” from the government. He also noted that the revised trade agreement would preserve the rules of the original agreement that forced half of the parts used in new auto plants in Mexico to be manufactured in the U.S.

With Canada excluded, Trump and López Obrador are taking credit for reaching an agreement. Donald Trump appears before the American electorate and his social base as a president who keeps his campaign promises and protects American interests and jobs — although this deal primarily benefits the big corporations.

This is a big win for Trump in the midst of the Russiagate scandal, along with the convictions of Michael Cohen and Paul Manafort.

In Mexico, president-elect López Obrador is being applauded as one of the brokers of the agreement and for the progress in negotiations after his massive electoral victory in July. Given the fact that Mexican has come to rely on NAFTA for employment, especially in the automotive industry, the new arrangement, although unfavorable for Mexico, will calm investors and sectors of the working class that feared losing work if the United States left the agreement.

If the agreement is ratified, López Obrador will take over the presidency with less instability than predicted and an important agreement between the Mexico-United States already under his belt. With the participation of its own negotiators in this last round, López Obrador appears as the guarantor of “free trade” to investors.

So, who loses with this preliminary deal? One loser is the Canadian government which was excluded from the new agreement. Leaving Canada out is part of Donald Trump’s new policy on foreign trade that emphasizes the need for bilateral agreements between the United States and its trading partners instead of the multilateral pacts characteristic of the neoliberal period. This does not mean that Canada necessarily remains outside the agreement, but the United States succeeded in imposing bilateral negotiations. It bilateral negotiations it is much easier for the US to get their way, avoiding a 2-1 scenario.

But the biggest losers are Mexican and American workers. The conditions of precariousness and low wages in Mexico will continue to bring down the wages of the American working class as a whole. It is not clear what the next steps will be for the major auto companies and if the modifications to the treaty will result in the substantial growth of employment in the United States. For now, it does not seem that the agreement aims to relocate the automotive plants that operate in Mexico to the United States.

What we know is that the capitalists will do what is necessary to continue increasing their rate of profit and for that goal, they will continue to super-exploit the Mexican and the American proletariat.

The application of the rule that 40 to 45% of the content of the automobile be produced by workers who earn more than $16 per hour, will protect only a small sector of the American working class that produces automobiles. It is very likely that the capitalists will decide to impose a low wage on the rest of the automotive industry with the goal of increasing their profits. As demonstrated during the first two and a half decades of NAFTA, corporations are only looking to reduce costs and so that they lower workers wages on both sides of the border.