The EU Is Turning Its Back on Afghan Refugees

Despite its role in the U.S. intervention in Afghanistan, the EU is shutting the door to Afghan refugees. The European working class and the youth must show solidarity with the Afghan refugees and repudiate the imperialist policies of their own governments. 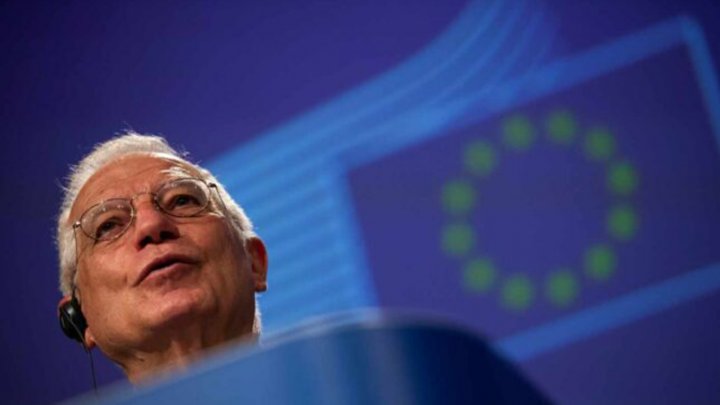 Despite the European Union’s role in the U.S. intervention in Afghanistan, the bloc is overwhelmingly turning its back on the many refugees who are now desperately trying to flee Taliban rule. On Tuesday, Josep Borrell, the EU’s High Representative for Foreign Affairs and Security Policy, said, “​​…we have to ensure that the new political situation created in Afghanistan by the return of the Taliban does not lead to a large-scale migratory movement towards Europe … we will have to support the transit and neighbouring countries of Afghanistan.” By callously emphasizing the need to protect its borders, the EU is going against the humanitarian values that it claims to defend.

Leaders of other EU countries have echoed Borrell’s sentiment. French president Emmanuel Macron on Monday stated, “We must anticipate and protect ourselves against major irregular migratory flows,” adding that “Europe alone cannot bear the consequences of the current situation.” Earlier this month, six member states — Austria, Denmark, Belgium, the Netherlands, Greece, and Germany — even sent a letter to the European Commission urging that rejected Afghan asylum seekers continue to be deported. The countries contend that, “stopping returns sends the wrong signal and is likely to motivate even more Afghan citizens to leave their home for the EU.”

The U.S. military intervention in Afghanistan, with the participation of several European countries, has cost the lives of some 241,000 people, 71,000 of them civilians, since 2001. In the last year, at least 300,000 people have been displaced. Most remain in neighboring countries, while others have made their way to Europe in the face of the Taliban advance, droughts, and the food crisis. However, in response to this humanitarian crisis caused by the military interventions to defend the interests of European and American imperialism, “Fortress Europe” is closing its borders tightly.

Unsurprisingly, this is the same foreign policy that has been applied through pacts with countries such as Morocco, Turkey, and Libya throughout the refugee crisis, particularly since 2015 when many were fleeing Syria. In recent days, Austria has already proposed to set up deportation centers in neighboring countries for refugees whose asylum claims are rejected.

Despite the feigned surprise of the European authorities, the humanitarian crisis in Afghanistan is not new. After more than 20 years of war, Afghans are now, after Syrians, the largest group of asylum seekers. Borrell assured that the EU will use “all its [political and economic] leverage” to help the Afghan population.” But these are empty promises: last year alone, most of the 44,000 Afghans who applied for international protection in Europe were systematically and forcibly deported by various EU governments.

Under the pretext of “helping” Afghans, Borrell is simply putting forward the EU’s intention to force Afghanistan’s neighboring countries to prevent refugees from leaving the region, thereby resorting to deportation, refugee camps, repression, and troop deployment. These countries do “the dirty work” that the EU does not want to do at its own borders so as not to damage its image.

In 2015, faced with the Syrian refugee situation, the European Commission and especially Germany spoke of maintaining an open-door policy, which never really existed, under the slogan “Refugees Welcome.” But now, with the continuing war in Syria and the Taliban’s triumph in Afghanistan, Angela Merkel’s cynical “We can do it” posturing in 2015 about welcoming Syrian refugees to Germany has dramatically shifted: last week Armin Laschet, the leader of the German Christian Democratic Union who hopes to succeed Merkel in the coming elections, said, “We should not send the signal that Germany can take in everyone in need.” Indeed, he and others in the party have gone as far as to declare that “2015 mustn’t be repeated.”

The Taliban’s victory is bad news for the Afghan people and for liberation struggles in the region and across the world. This terrible situation in which the Afghan workers and masses must choose between a vicious imperialist occupation and the return of the reactionary Taliban has been provoked by imperialist intervention in the region, and by the economic interests of the capitalists in the country. Today, as always, the European working class and the youth must show solidarity with the Afghan refugees and repudiate the imperialist policies of their own governments, and demand an end to violent border policies.

First published in Spanish on August 18 in La Izquierda Diario