The European Union Supports the Coup in Bolivia

The European Union has recognized the self-proclaimed President of Bolivia, Jeanine Añez. For its part, the European Parliament refuses to describe the civic-military putsch as a “coup.” 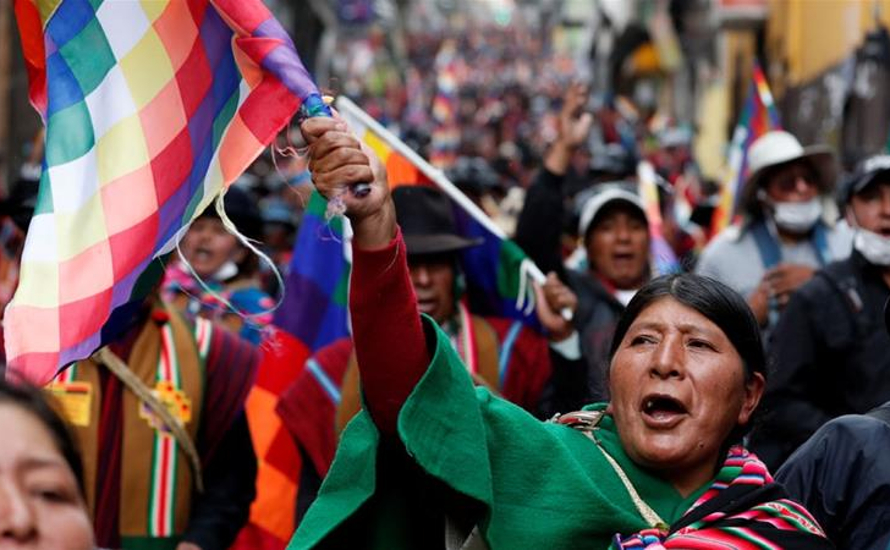 “The European Union supports an institutional solution that allows for a caretaking interim leadership to prepare for new elections and to avoid a power vacuum, which could have dire consequences for the entire country.” said the social democrat Federica Mogherini, the EU’s High Representative for Foreign Policy, in a plenary session of the European Parliament.

This is a clear example of imperialist interference in support of the Bolivian Right who are trying to impose a new reactionary government capable of redefining the political regime. They are attempting to forcibly liquidate the gains made by the people and further improve the conditions for investment by European and American multinational corporations.

By calling for an electoral solution to the crisis, the EU is providing cover for a classic coup d’état that was orchestrated by the police, which mutinied against the government, by the army, which no longer followed the orders of the executive, and by right-wing storm troops who murdered, kidnapped, and assaulted neighborhood leaders, socialists, peasants, and officials linked to the Movement for Socialism (MAS).

On November 13, the elected representatives of the MAS in parliament also provided institutional cover for the coup. Since going into exile in Mexico, Evo Morales himself has expressed his support for new elections in which he would not stand for re-election. This is an open betrayal of tens of thousands of people, men and women, who are resisting the coup by mobilizing and confronting the police forces and the army in El Alto, La Paz, and other departments of the country.