One of Trump’s first executive orders prohibits the granting of federal US funds to organizations that perform abortions or provide abortion-related counseling abroad. This measure was widely condemned in the United States and worldwide.

The Dutch government countered by proposing to establish a global fund to finance programs in so-called “developing countries” to support sex education and the right to choose. The measure may be a temporary palliative measure. However, it is not a solution to the fundamental issue, which is that the rights we have gained could be taken away from us with the stroke of a pen if they are not defended by protests and a constant struggle to guarantee that everyone – not just small sectors of society – can exercise them.

Women’s rights in the United States are at serious risk. Trump’s administration has already ordered the defunding of organizations that support women’s right to choose, his Vice President led the anti-abortion march and the Republican majority in the House of Representatives voted against funding Planned Parenthood . But that’s not all.

Women’s rights are at risk because the Democrats, who governed the country for 8 years under Obama, a self-proclaimed feminist, did nothing to stop the Right’s offensive. In several states, laws were voted to restrict the right to abortion, particularly affecting women relying on State health programs.

Trump has also nominated a pro-life judge to the Supreme Court. This opens the door to the possibility of a historic rollback of the Roe v. Wade ruling. The very possibility of this happening is – to a great extent – attributable to the Democratic Party and the feminist movement who have not put up a fight against attacks to the right to chose.

The situation we find ourselves in is the result of the strategy of congressional pressure and compromises of most of the feminist movement in the United States, which went from taking the streets to depending on government agencies, and from acritique of patriarchy to watered-down “inclusive agendas.” Limited representation in positions of power created a facade of inclusion that masks the economic exploitation of working class women, where LGBT, African-Americans and Latinos are overrepresented.

The fatal trap of inclusion led George W. Bush, for example, to use women’s rights to justify the invasion of Afghanistan in 2001- using decontextualized women and human rights violations as a justification to invade and bomb- a racist colonial maneuver that in fact increases violence against the very same women. In this and other neoliberal causes, feminism has played a role in justifying reactionary policies, entangled in a “dangerous liaison” with capitalist democracy, as Nancy Fraser stated in 2013, when she warned of how a certain kind of feminism has become “capitalism’s handmaiden.”

The gap between the causes of “neoliberal feminism” and the living conditions of most women has drastically widened since the capitalist crisis that began in 2007. By that time, as journalist Nina Power said in 2009, “the argument about getting women, ethnic minorities and homosexuals into ‘top positions’ [was] an argument that [was] being won by the right.” The term feminism has lost its radical character and arguments about women’s rights and inclusion may be employed by the right- from Sarah Palin, to supposed “pro life feminism.”

Although Obama’s arrival to the White House seemed to indicate the start of an era of change, the inclusion particularly of women in top political positions had already begun to call into question the benefits of representation without questioning imperialist democracy.

But if there was one moment that clearly showcased the failure of that “progressive neoliberalism,” in the words of Nancy Fraser, it was Hillary Clinton’s defeat. Her presentation as a “natural” feminist candidate merely laid bare her failure to get most women behind a historic “feat” that they felt did not represent them. And what’s worse, thanks to the compromises made by that feminism, which embraced individualism and meritocracy in the guise of “free choice,” the repudiation of Clinton and what she represented threw some white women into the arms of the Ivanka Trump’s “entrepreneurial (and conservative) feminism,” leading them to minimize her father’s misogynist profile and support him at the polling booths.

For women, like for many other sectors, Trump’s election clearly increases the likelihood of the continued restriction of their rights. But far from the skepticism towards mass movements displayed by liberals and Democratic Party apologists, one of the first reactions was a massive Women’s March in the country’s major cities, with several limitations and challenges ahead, but that also indicates the emergence of women’s protests at the core of imperialist capitalism.

In different countries like Argentina and Poland, women are taking to the streets spontaneously in response to the most brutal manifestations of capitalism in the form of patriarchal violence or conservative reactions to reproductive rights. Equal pay for equal work protests have also reemerged, laying bare the inequalities maintained under capitalism even in supposedly egalitarian countries like Iceland.
In many countries, women’s protests are a means of expression of broader discontent, of the resistance to general attacks launched by businessmen and their governments against the living conditions of the working class and impoverished sectors, in which women are a majority.

The inevitable defeat that “neoliberal feminism” has led us to highlights the necessity to link the struggle against patriarchal oppression with the fight against capitalism. This is why causes that at first seem to be “female” causes galvanize and gain the support of a large part of the population enduring the evils of capitalism.

The year that started with the threat of Hurricane Trump coincides with the centennial of the revolution that made women’s emancipation an urgent agenda, granting them unconditional elemental freedoms that were unthinkable for the female masses of the time, such as the right to divorce or to have an abortion. In just a few months, the Russian Revolution showed the transformative potential of the revolution in contrast with the slow and conditional progress under capitalist democracies that would take a hundred years to achieve some of the same objectives.

The anniversary of the Russian Revolution is also a chance to recover its legacy and incorporate it into a women’s movement that could merge with the struggles of the working class. Our fight for emancipation marches to the impatient beat of the majority of women who aspire not only to free themselves from gender oppression and subjugation, but also to free humanity from all exploitation and oppression. 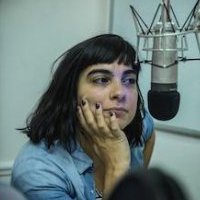