Thirteen years after the fall of Lehman Brothers, one of the most important lessons for the working class and oppressed peoples everywhere is the need to build revolutionary parties as part of the struggle for an international for socialist revolution. 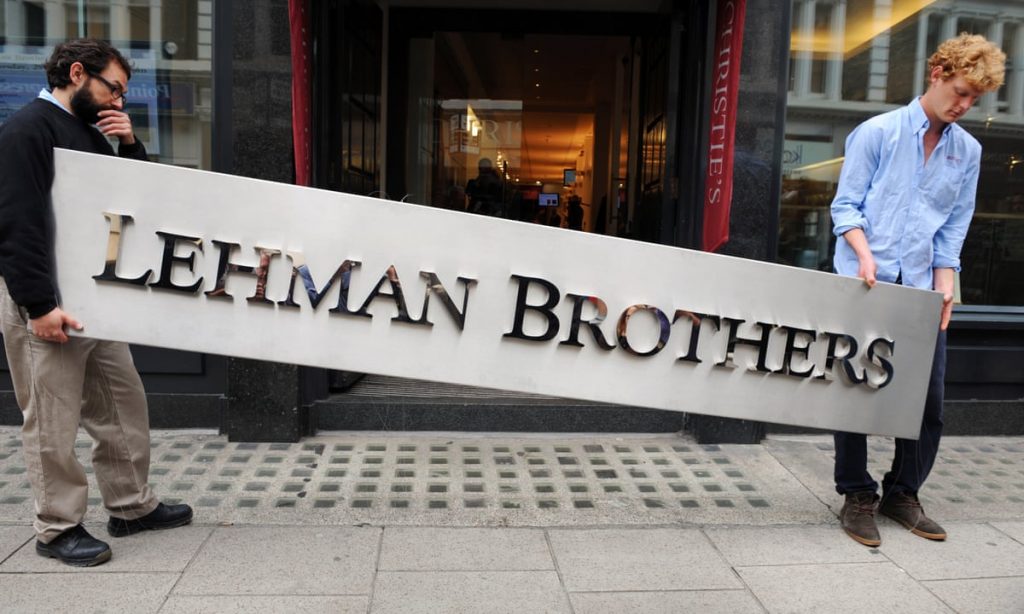 This week marks 13 years since the collapse of U.S. investment bank Lehman Brothers. The bankruptcy burst financial bubbles, and the ensuing crisis quickly moved to the real economy. After its first manifestation in the United States, its epicenter would move to the European Union and then spread to the rest of the world.

Since then, the policy of governments around the world has been to unload the crisis onto the working class through public debt to bail out bankers and businessmen, cuts to social spending, privatizations, layoffs, and other pro-employer measures. These measures were meant to cushion the blow and avoid more catastrophic scenarios, like that of the Great Depression of the 1930s.

By managing the crisis this way, capitalists precipitated the so-called Great Recession: a period marked by low growth rates and a weak recovery that never really managed to achieve pre-crisis levels of growth.

Without having completely overcome the crisis of the previous period, by the end of 2019 new economic storm clouds were on the horizon. The pandemic accelerated and deepened these trends, with similar responses by governments including new corporate bailout policies and harsh consequences for the working class and the poor.

The economic and social consequences of Lehman Brothers’ fall have led to the emergence of new ways of thinking, processes of polarization, and new political phenomena around the world, both on the Left and on the Right.

On the Right we have seen, for example, Brexit in the UK and the rise of xenophobic nationalism in Europe. In the United States, the rise of Donald Trump with his “America First” politics which resulted, among other things, in the rupture of several multilateral agreements, a hardening of U.S. policy towards Latin America, and increasing tensions with China for technological supremacy in the form of a trade war.

In Latin America during this period, the first cycle of so-called progressivism came to an end with the institutional coup in Brazil that led to the arrival of Jair Bolsonaro to power, the return of the Right with Mauricio Macri in Argentina, and the coup d’état in Bolivia, to mention only some of the most important processes.

You might be interested in: Goldman Sachs Makes Record Profits Amid Economic Crisis for the Working Class

On the Left, neo-reformist formations emerged, such as Syriza in Greece, whose government at the service of the Troika — the International Monetary Fund, the European Commission, and the European Central Bank — paved the way for the Right to take power. For its part, Podemos in Spain also showed its profound limits and ended up joining a coalition government with the imperialist and pro-monarchist PSOE (Spanish Socialist Workers’ Party).

In Latin America, the continuity of the economic crisis and the political instability on which the right wing was based gave way to the return of the center-left in Argentina with Alberto Fernández, the electoral triumph of the MAS in Bolivia, and the rise of Andre Manuel López Obrador in Mexico and Pedro Castillo in Peru. These events configured a sort of repeat — with elements of continuity with the past — of Latin American “progressivism.”

In the United States, thanks in part to the assault on the Capitol during the last days of the Trump administration, Joe Biden assumed the presidency with a renewed level of popular support and legitimacy that promised to bring an end to the political polarization of the Trump presidency. He implemented measures to contain the crisis, such as billion-dollar aid packages for families and companies, and infrastructure investment. However, his “honeymoon” phase ended abruptly on August 15 when the Taliban returned to power in Afghanistan after 20 years of imperialist occupation, calling into question the role of the United States as the world’s policeman, and increasing tensions with powers such as China and Russia.

Class struggle, intimately linked to the political dynamics of the post-Lehman world, has also emerged across countries and continents.

The Arab Spring in North Africa and the Middle East marked the first cycle of class struggle. Its most developed expression occurred in Egypt, where a revolutionary process emerged, only to be contained, diverted, and finally crushed by the counter-revolution. In other places, like Syria, the process was transformed into a reactionary civil war, with the intervention of U.S. imperialism on the one hand and Russia, as a regional power, on the other.

The influence of these uprisings in the Arab world gave rise to phenomena such as the Indignados movement in Spain in 2011, which spread to other countries. Other important mass movements also developed during this period, such as the youth movement in Chile, the occupation of Taksim Square in Istanbul, Turkey, the Umbrella Movement in Hong Kong, the Passe Livre movement in Brazil, Occupy Wall Street in the United States, the Maple Spring in Canada, and the the #YoSoy132 Mexican student movement, and later the movement for Ayotzinapa in Mexico.

From 2019, the Yellow Vest movement in France marked the beginning of a new cycle of class struggle. These occurred in many cases despite the Covid-19 pandemic, with revolts and rebellions from Hong Kong to Iran, Iraq, and Lebanon in the Middle East, and resistance to the military coup in Myanmar. In this period, the world also witnessed big strikes in India, uprisings in Algeria, and the rejuvenation of the Catalan independence movement.

In Latin America, this second cycle of class struggle has been manifested in the rebellion in Chile against 30 years of neoliberalism, the struggle in Ecuador against fuel price increases, the resistance to the coup in Bolivia and the revolt of the Colombian youth. The United States saw the resurgence of the Black Lives Matter movement during this time, which had international repercussions.

Thirteen years after the fall of Lehman Brothers, one of the most important lessons for the working class and oppressed peoples is the need to build revolutionary parties as part of the struggle to build an international for socialist revolution to organize the vanguard of workers, women and youth. The independent self-organization of the masses must fight to move from resistance, rebellions, and revolts, to the opening of revolutionary processes. These processes would prepare the road to victory over the capitalists and their states, which have only more exploitation, misery, wars and the destruction of the planet to offer.

Originally published in Spanish on September 15 in La Izquierda Diario