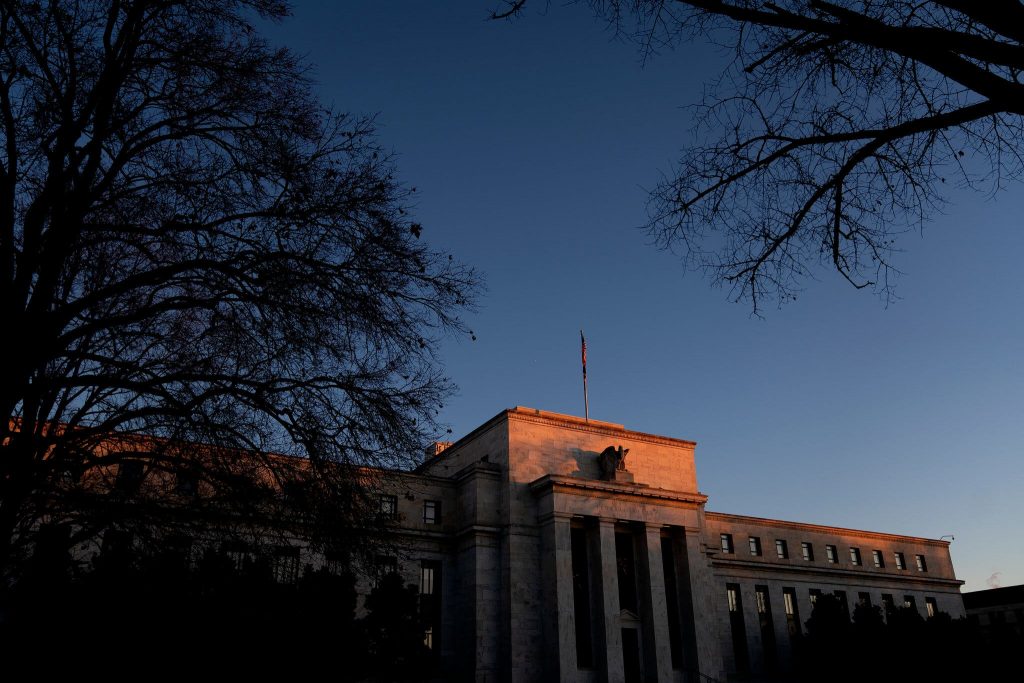 A highly anticipated announcement about interest rates by the U.S Federal Reserve — the country’s central bank — came this afternoon. The bank left rates unchanged at near-zero, as they’ve been for nearly two years through the course of the pandemic, but promised an increase would come “soon.” This means borrowing costs will likely rise after the Fed’s next meeting in March.

In a statement, the central bank’s Federal Open Market Committee (FOMC) said it “expects it will soon be appropriate to raise the target range for the federal funds rate.”

It’s all about inflation and the job market.

As we explained earlier this month, inflation in the United States has reached levels not seen since the early 1980s. According to the US Inflation Calculator, the annual rate for the 12 months that ended December 2021 was 7.0 percent. Consumers are feeling the pinch, with prices of food and fuel in particular rising steeply.

Since the Covid-19 outbreak began, the Fed has been engaged in a concerted effort to bolster the economy. It spent billions in a bond-buying program as a way to inject money into the economy, but the FOMC has now left that on track to wind down in March. As the New York Times reports, “Central bankers have signaled that they could begin to shrink their balance sheet of bond holdings soon after they begin to raise interest rates, a move that would further remove support from markets and the economy.” The committee’s announcement today included a “statement of principles” for that process aimed at ensuring that it reduces its holding “in a predictable manner” and “primarily” through adjustments in how much it reinvests as these previous asset purchases expire — all part of winding down its earlier stimulus actions.

The world’s capitalist class loves that word: “predictable.” They prefer everything, from world events to economic minutiae, to be predictable. When so much of profit-making and exploitation plays out in glorified casinos — that is, the stock, bond, and futures markets — surprises and uncertainty are not appreciated.

The markets, anticipating all of this, opened higher today after experiencing a sharp drop late last week and especially earlier this week — in what has been dubbed “Black Monday.” Fed announcements have tremendous and immediate effects on what the capitalists do. For instance, one key index that tracks the financial services industry was at 1.2 percent higher than yesterday just before the FOMC statement was released, and shares in these companies were up 1.8 percent within moments of the statement coming out. The S&P 500 was up about 1.6 percent just before the announcement, and over 2 percent minutes after. And the Nasdaq composite took an upward leap.

Then it all reversed. Soon after Fed chairman Jerome Powell began a press conference after the FOMC announcement, the Dow Jones fell 70 points — having been up as many as 500 points earlier in the day. The S&P 500 and Nasdaq lost some of their gains, too. That is where things stood as we went to press.

In the press conference, Powell discussed the current labor market, noting that there are many more job openings than workers willing to take those jobs, and said that the United States is at the “highest level of employment that is consistent with price stability.” He insisted that the Fed had “quite a bit of room” to raise interest rates without hurting the “very strong labor market.”

The Fed chairman reiterated again and again that the Fed was aiming at making sure inflation doesn’t become “entrenched.” But the market response makes clear that his message of “sooner … and perhaps faster,” rather than immediate action, was not the immediate Fed action investors really seemed to be hoping for to stem any volatility between now and the next meeting.

“We feel like the communications we have with market participants and with the general public are working,” Powell said. But it seems not to be predictable enough for a capitalist class worried about the economy per se as well as the uncertainty of a looming war in Ukraine.

As inflation continues to erode the value of household paychecks, the economy poses “a political liability for President Biden and the Democrats,” as the Times put it. The administration is counting on the Fed to keep inflation under control without its policies having any negative effects on the job market.

No matter what happens between now and March — which could include interest rate increases even sooner than expected — the ruling-class “solutions” will center on maintaining capitalist stability and exploitation at the expense of the working class. Those are the words “between the lines” of every announcement from the Fed and every statement by Powell before the cameras.