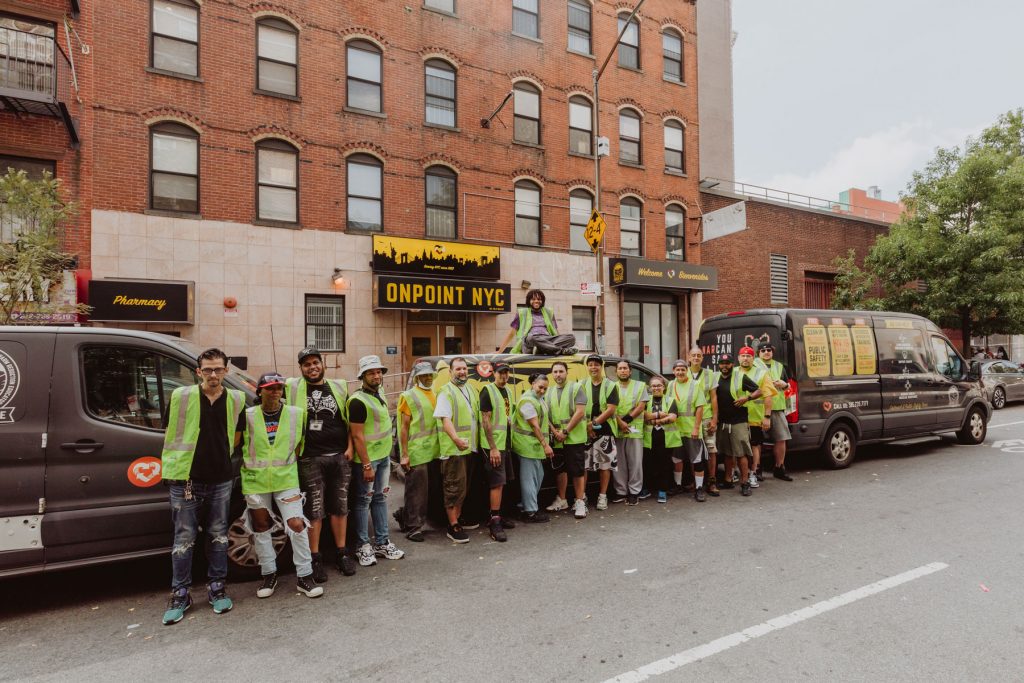 Workers at OnPoint NYC officially submitted their demand for voluntary union recognition on Thursday, December 8. The workers, who are demanding union recognition with the New England Joint Board of UNITE HERE, are calling their union OnPoint United. They are fighting for a wall-to-wall union, greater job security for employees, better healthcare, and a democratization of the workplace.

The unionizing workers recognize every worker’s right to a union. In their union recognition letter, they write:

OnPoint NYC rightfully prides itself in having a workforce which is comprised of a wide range of individuals, many of whom have diverse life experience, some of whom are previously incarcerated, and many of whom come from varied levels of educational background or training. We recognize that regardless of the workforce background, level of training, or educational status, all workers have a right to a union.

OnPoint NYC is the result of a recent merger between New York Harm Reduction Educators (NYHRE) and Washington Heights Corner Project (WHCP), two long-standing harm reduction organizations in East Harlem and Washington Heights. It works to improve the health and well being of marginalized people who use drugs or engage in sex work. The organization is the operator of the nation’s first two overdose consumption sites and recently announced it has intervened in over 600 overdoses since its one-year anniversary. At these sites, participants can use drugs safely under medical supervision and obtain safe drug use supplies, measures proven to save lives around the world. OnPoint NYC’s sites provide a number of other services including comprehensive medical care, case management, holistic healthcare, and acupuncture.

Workers at OnPoint NYC face the legacy of the racist, anti-worker, anti-poor drug war which attacks predominantly poor, racialized, and working class people on a daily basis. The war on drugs championed the criminalization of drugs and drug use over a public health-focused, harm reduction-based approach. Unionizing workers must contend with the outcomes of a capitalist system that creates poverty, inequality, psychological suffering, and addiction.

Under capitalism, however, various social services, including harm reduction services provided by employees of OnPoint NYC, are privatized instead of socialized for the public good under worker and community control. As member of Left Voice and physician at OnPoint NYC, Michael Pappas states:

OnPoint NYC strives to provide a humanizing space for people using substances. There’s an interesting relationship here as the services OnPoint NYC provides are useful to the capitalist system in a way because it’s ideal for the ruling class to keep the end result of capitalism—poverty, homelessness, psychological suffering, etc.—out of the public eye for the ongoing facilitation of private accumulation under the system. At the same time, by treating people using drugs with love, compassion, and respect and demanding they are treated like humans, we can fight to show that our participants, along with the public generally, deserve a system better than capitalism.

As the workers at OnPoint NYC fight for their union recognition and the harm reduction industry joins the labor movement, there could be space for workers in the sector to escalate their demands beyond workplace protections to confront capitalism, the system that creates the various forms of suffering harm reduction workers see every day. In our fight against capitalism, there must also be a recognition of the role of NGOs in helping disguise the violence of the capitalist state, which serves to manage and protect the affairs of the bourgeoisie. Both for-profit and nonprofit companies end up exploiting workers and often put dollar signs on people’s lives.

Unionization, especially of workers who are part of the community itself, is a first step toward a stronger system of worker and community control. The unionizing of OnPoint NYC could exemplify to other social service agencies how the unorganized can organize themselves. We need a system where workers, patients, and community members control their workplaces and care, not the bosses.