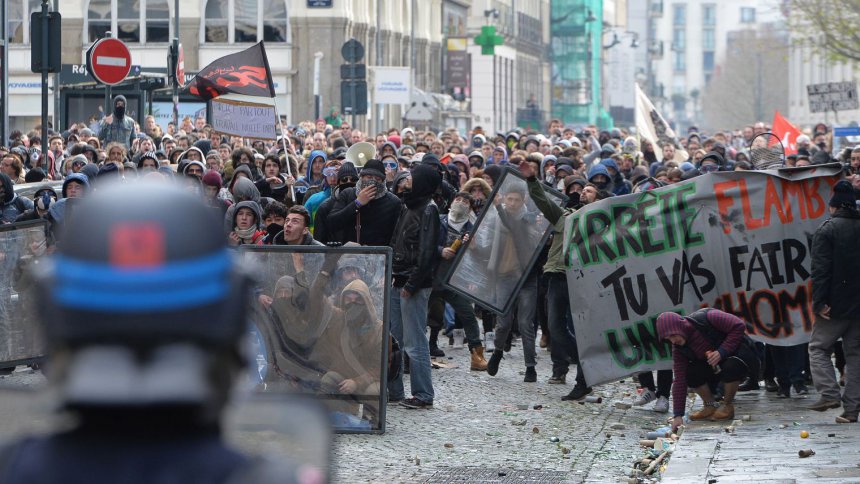 In France, the government’s attempts to pass anti-worker labor reforms sparked a wave of protests three months ago that look nowhere close to losing steam. This past Tuesday, an estimated one million people demonstrated in Paris in opposition to the new policies.

Millions Demonstrate in the Streets of Paris

This enormous upsurge began on March 9 after the French government–led by President François Hollande and PM Manuel Valls–announced plans to push through anti-worker labor reforms that would worsen conditions for French workers already facing increasing precariousness and unemployment.

From the first rumblings of protests breaking out in France, Left Voice has followed these exciting developments from this opposite side of the Atlantic. Our comrades who run one of today’s most-read left news outlet in France, Révolution Permanente , have provided us with first-hand accounts of the events through their participation from the beginning.

The students were the first ones to rise up in a movement that caught fire across the country and became to be known worldwide as the Nuit Débout (Up All Night).

For insight into why so much resistance and what’s at stake, see
[

In late May, Révolution Permanente editors discussed strategy and the perspectives of the movement in a long and insightful interview with Stathis Kouvelakis.

Rebellion in France: What’s next

During the second stage of the movement, French labor returned to the scene after years of retreat.

In the meantime, our sister media outlet Révolution Permanente turned 1 year old and Paris was a moveable feast.