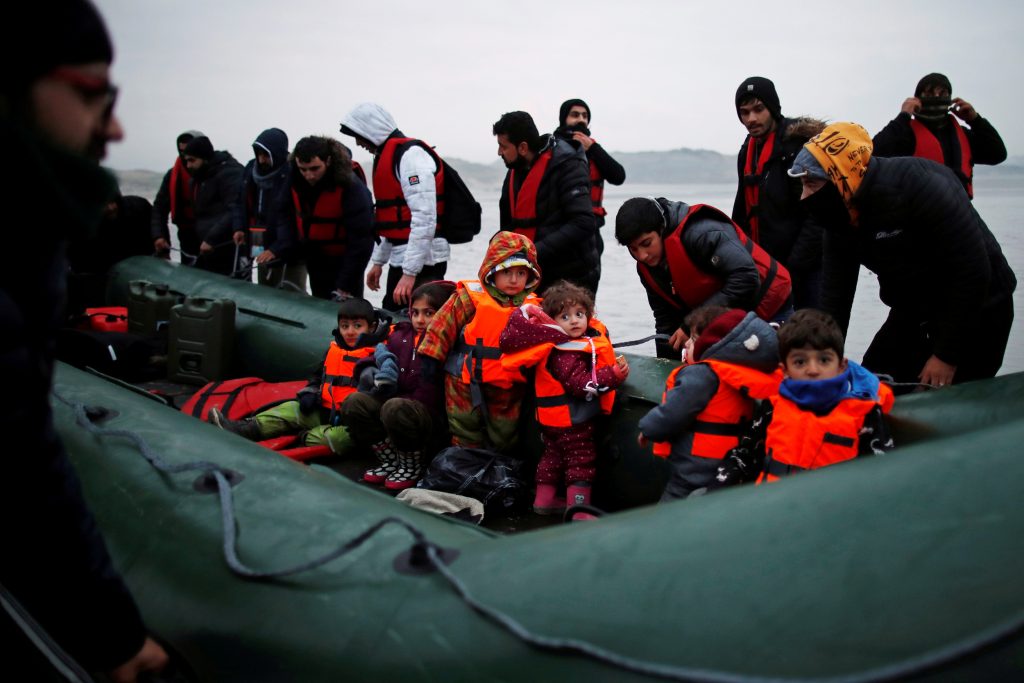 At least 27 migrants died on Wednesday, November 24, off the coast of Calais, France when their boat sank as they tried to reach England. They had left from Dunkirk in an inflatable boat with about 50 people on board, as reported by Mediapart.

Channel crossings have increased since French authorities blocked migrants from using the Eurotunnel and the port of Calais. As a result, more and more boats have capsized, with four official deaths in 2019 and six in 2020, with another three people missing. According to Utopia56, a migrant support group, the deaths on Wednesday bring to at least 340 the number of people who have perished on the French-British border since 1999.

[Some] died while hidden in a truck trailer. They were electrocuted by the overhead wires in the Eurotunnel. They drowned in the English Channel. They were run over on the freeway. They perished from their harsh living conditions. They died from insufficient medical care. They died through the intervention of law enforcement. All were killed by the border.

Confronted with the scale of the disaster and media coverage, the French government and the political class have spewed their hypocritical “indignation” through a succession of tweets and statements. French president Emmanuel Macron stated, “France will not let the Channel become a cemetery.” Prime Minister Jean Castex expressed his thoughts for the “many missing and injured” in what he called a “tragedy.” Gérald Darmanin, the minister of the Interior who only two weeks ago praised the model of open-air prisons for migrants being set up in Greece, confessed to his “strong emotions.”

Xavier Bertrand, the former French minister of Social Affairs and Health, on the heels of his xenophobic overkill in the primary debate of his Republicain party, expressed his “deep emotion and anger.” Fabien Roussel, the leader of the French Communist Party who declared in the summer that migrants without asylum rights should just go home, shared his shock and horror. Even the far Right’s Marine Le Pen, leader of the National Rally, and Éric Ciotti, one of those seeking the Republicain presidential nomination, joined in this great moment of indignation.

A Return to Repressive Priorities

Once all these de rigueur tributes were over, the hypocrisy gave way to complete cynicism as the drownings were used to justify repressive and xenophobic policies. Three bourgeois parties — En Marche, the Republicains, and the National Rally — have claimed that it is smugglers who are responsible for this tragedy and have declared that they are open to mobilizing greater repression against them, a security offensive that would most certainly have fallout suffered by the migrants themselves.

Even more cynically, the drownings have been used to demand establishing more impenetrable, and thus deadlier, borders. Le Pen declared that “laxity in matters of migration is what leads to tragedies” as she sought to put a humanitarian veneer on her xenophobic political agenda.

After a discussion with British Prime Minister Boris Johnson, Macron emphasized the “urgency” of stopping the crossings, as Le Monde reported. He also affirmed the need to strengthen Frontex, the European border police, and announced an “emergency meeting of European ministers to address the migration challenge.” Thus, this disaster — the result of the existence of borders and their militarization — is being turned into a full-scale offensive against migrants on a Europe-wide scale, under the guise of fighting to “dismantle criminal networks.” All this talk infuriates migrant rights organizations, which point out the government’s responsibility.

“It is filthy hypocrisy to say that we are going to fight against the smugglers. [The government] created them,” said Vincent de Connick, a project manager for Caritas France, to Le Monde.

Borders Kill, and the Government Is to Blame

The frenetic efforts by politicians to blame the drownings on smugglers is a crude attempt to obscure their own responsibility. The truth is that beyond any hypocritical struggle to prevent migrants from trying to cross borders with the help of crooked smugglers, it is the very existence of the borders that leads to death for these men, women, and children who are fleeing for their lives.

In Calais, 65km of fences have been erected and some areas have been flooded to prevent passage through the Eurotunnel and the commercial port. This makes the smuggler networks more necessary, which leads to the passage to England being even more dangerous and deadly. The only solutions are to try crossing the English Channel in makeshift boats or stow away on trucks at the port.

This police and security heavy-handedness at the borders, orchestrated by the state, has forced migrants to take on ever-greater risks to cross to England. But the criminal nature of the borders goes much further back in time. Indeed, as anthropologist Michel Agier points out in Libération,

Since 1993, the external borders of the European Union (EU) have seen the death of at least 50,000 people who tried to cross them, mainly in the Mediterranean. And since 1999, more than 300 people have died in Calais and surroundings while trying to cross the British border, which was ‘outsourced’ to France in 2004 with the Treaty of Le Touquet.1Translator’s note: The treaty allows British immigration officials to conduct border checks in northern France and at the Gare du Nord in Paris (the train station at which the train that goes through the Eurotunnel originates), rather than waiting until people arrive in Dover, where the tunnel emerges onto English land. The decades of the 200s and 2010s were marked by many deaths at the borders, sometimes in monstrous numbers — as with the thousands who perished in two successive shipwrecks on April 12 and 19, 2015.

The smugglers chastised by the Macrons and Le Pens of the world didn’t even exist before the borders were shut down, as Olivier Cahn, from the Center for Sociological Research on Law and Penal Institutions (CESDIP), explained to Le Monde.

More broadly, it is the entire xenophobic policy of the government, whose “laxity” is criticized by the far Right, that is responsible for these deaths. This plays out in the police, judicial, and administrative harassment of migrants, including the confiscation and destruction of personal belongings and shelters, the militarization of borders, the prevention of access to healthcare, imprisonment in the Centers for Administrative Retention (CRAs), and deportations.

Whether they are fleeing war, dictatorship, poverty, or climate catastrophes, migrants are continually harassed by the French repressive apparatus. When it does not kill them directly, it exposes them to ever-increasing dangers, notably through the militarization of borders, as shown by Wednesday’s drownings. It is imperative that we organize against these criminal xenophobic policies, whether they are the work of French, European, or U.S. governments. We must put an end to Fortress Europe and to borders.

Papers for all undocumented migrants, immediately!

Shut down the CRAs!

Defend the right to family reunification!

Residency permits, jobs, and access to schools and universities for all!

First published in French on November 25 in Révolution Permanente.