In this crisis, the response from union leaders has left much to be desired. Nowhere is this more evident than in a recent address by the president of the AFL-CIO, Richard Trumka. He offers only a “cure-all” bill in Congress, but a healthy labor movement would fight in strikes and in the streets. 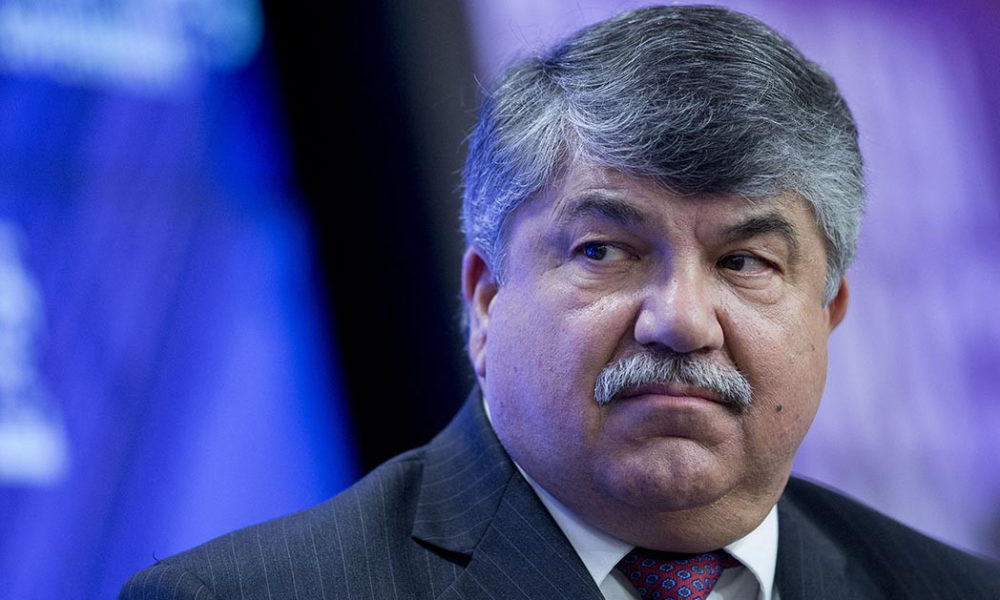 During a recent address concerning the current unemployment crisis that has left over 20 million people in the United States without work, the AFL-CIO President Richard Trumka, head of the largest federation of unions in the United States, displayed dramatic signs of a serious illness.

Throughout the address, Trumka displayed all the common symptoms: fatigue, confusion, and being out of touch with the economic reality of millions of workers — these are the classic signs of union bureaucrat-itis.

All joking aside, Trumka’s speech was a classic display of a failure to meet workers’ expectations and fight for their needs against the bosses’ and the state’s attacks. At a time of grave economic crisis, it is urgent that such a leader display the will and enthusiasm to address the urgent problems facing workers in the United States.

Trumka began his address with a story of how he came from a coal town where people were constantly in fear of losing their jobs, and that “today, in America, that fear is a reality.” But Trumka is not some small town miner — he is, and has been for over a decade, the president of the AFL-CIO. In this sense, he shares some responsibility for the fear of unemployment and poverty that is gripping millions of people in the country today. Throughout his leadership, particularly since the 2008 economic crisis, corporations and the rich have made out like bandits, with little trickling down to rank and file workers. Where was Trumka when corporations and billionaires were being bailed out in 2008 while workers were losing their jobs and rights? How many of them ever recovered from that crisis? Only recently have workers begun to fight back with an uptick in strikes through 2018 and 2019. These strikes, however, were mostly sectoral affairs in teaching, hospitality, retail, and auto manufacturing — not coordinated fights of the whole organized labor movement, which are even more necessary now in the current crisis.

Although the government says that unemployment is at 14.7%, the real unemployment numbers, as Trumka pointed out, are likely closer to 25%. As he says, “if we don’t act now we are inviting a second Great Depression.” This is all true. Nonetheless, he fails to recognize that the AFL-CIO needs to lead the struggle to stop Trump and the corporations from offloading the costs of the crisis onto the working class. Trumka’s response — and by extension the national response of the leadership of the AFL-CIO — can only be compared to the disastrous national response of the federal government.

Where Is the Solidarity?

Trumka continued his address with the story of a worker, who, after 20 years of hard work as a member of Unite Here! — a union within the AFL-CIO — was now unemployed, without health insurance or access to the medicines she needs. Trumka then asks: “Where is our sense of solidarity?” That is a good question for Trumka, too: Where is the AFL-CIO’s solidarity for Amazon workers, for the meatpacking workers forced to work among hundreds already infected, for the subcontracted sanitation workers of New Orleans and so many other workers struggling and fighting for their lives during the pandemic?

Why isn’t the AFL-CIO leading efforts to organize the millions of unemployed workers, especially those who are undocumented, who have been left out of any economic relief, or the millions more for whom the federal government’s paltry relief simply isn’t enough? Why isn’t the AFL-CIO leading the organization of the non-unionized essential workers who are forced to continue working or risk losing their incomes? Where is the solidarity for the workers, President Trumka?

Trumka implored his audience to “learn the lessons of the past decades,” but it is here that Trumka tellingly betrays his understanding of the current situation. He invoked the glorious past of the American working class — a tradition of hard fought struggles during the Great Depression that forced the Roosevelt administration to provide relief and jobs. Yet, Trumka’s only proposed plan of action in his 12-minute address was a “Payroll Support” bill that is being brokered by the capitalist class and the union bureaucracy. To curry favor with certain sectors, he points out that the bill has the support of Republican Senator Josh Hawley, a representative of a party that is unwavering in its efforts to destroy the rights of the working class. Trumka believes that this bill will somehow satisfy the needs of both the working class as well as businesses, but any bill that helps capitalists is not going to go far enough to meet the needs of working people.

Trumka wants us to believe that a bill from Congress can satisfy Jeff Bezos’ greed for profit, Chris Small’s demands to get his job back, along with PPE and PTO for millions of workers. In reality, this bill will use taxpayers money — our money — to pay for the crisis in the form of bailouts, all while leaving the trillions of dollars in profit corporations have amassed over the years completely intact. In case he forgot, Trumka is not a politician, but rather a leader of over 12 million workers who have a lot more power than just sitting back and waiting for bourgeois politicians to fix things.

The militant history of the labor movement in the U.S. is not one of lobbying Congress; it is a history of struggle. The unions that make up the AFL-CIO have, in the past, fought the corporations and the state on the streets and in the workplace. They have imposed the will of the workers’ through direct action against the bosses, who we know now will comfortably watch us die for their billions.

At the end of the address, Trumka declares: “Now is our moment.” Now is our moment, but the working class doesn’t need any more inspirational talks; it needs the leadership and coordination of labor leaders who will bring back the best traditions of struggle, strikes, pickets, and mass mobilizations that have deep roots in the U.S. labor movement. Such militancy can turn the current situation of misery for the workers around. We need to bring back a union tradition that treats suited bureaucrats like the traitors they really are.

We need a labor movement that is organized from the bottom up, where the rank-and-file workers suffering the worst of the crisis are the ones making the agenda, not labor oligarchs earning six figures salaries from the remote comfort of their expensive homes. We need an AFL-CIO that is democratic and ready to fight with all its arsenal for the interests of the working class, employed and unemployed, unionized and non-unionzed, legal and undocumented. We need an AFL-CIO that isn’t willing to negotiate better conditions for us to die in a war against a pandemic, but will rather organize, coordinate, and lead a war against the capitalist class.