The Invisible Working Class of Broadway: Quotes from Workers Impacted by the Broadway Shutdown

On March 12, Broadway essentially shut down after Governor Andrew Cuomo banned gatherings of more than 500 people. Smaller theaters are now required to seat at half capacity. How will this affect the hundreds of workers who keep NYC’s theatre industry running? Here are reports from five artists about how the shutdown will affect themselves and their coworkers. 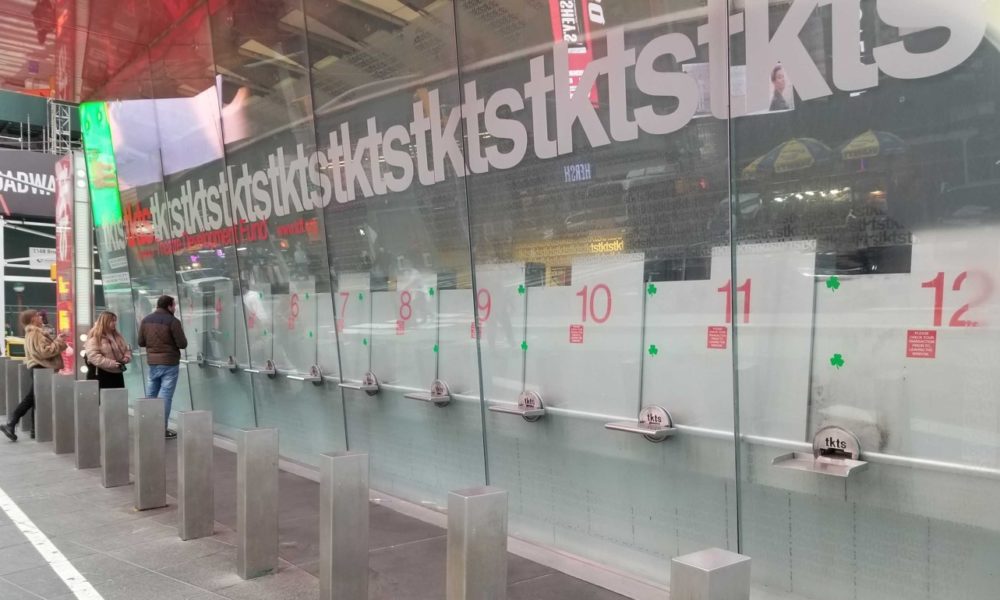 A “New Golden Age” for Whom?

On March 12th, NY Governor Andrew Cuomo banned gatherings of more than 500 people, essentially shutting down Broadway. Theaters with fewer than 500 seats are required to seat only half of their audiences. This move came after theatre critics, audiences, and the actors union advocated for the closing of theaters in response to a Broadway usher testing positive for the coronavirus. From a public health perspective, this move makes a great deal of sense — surely, packing in 500+ people to a cramped theater during a pandemic is not a particularly safe decision. But it is going to have a far-reaching and disastrous impact on the invisible working class of Broadway.

For many, Broadway is a symbol of the elite with its high ticket prices and bourgeois sensibilities. While it is true that, by-and-large, a certain level of financial privilege is needed to regularly see Broadway shows, this vision of Broadway erases the invisible working class of Broadway — the hourly wage workers and gig economy workers who keep the industry running. This includes ticket sellers, show promoters, teaching artists, working artists, and many more. These are the workers who prop up the entire system of theatre and they are the people who will be most impacted by the shutting down of Broadway.

I was one of those workers who lost their jobs. My job prior to the shuttering of Broadway was as a show promoter on a street team. For those who don’t know, a street team is a group of people who stand on the street and promote something. In my case, this job looked like standing outside in front of a discounted ticket booth and handing out flyers for Broadway shows. I did this in all sorts of weather — when it was too cold to think, when it was too hot to stand, when it was pouring rain, and when it was a snow squall — for almost two years. It isn’t glamorous work but it is work that is necessary to sustain the current system of commercial theatre. Because the only way that mainstream theatre — theatre that is outside of the non-profit model — is able to sustain itself is through ticket sales. In order to sell those tickets, the producers need people to promote and sell those shows. This need gives rise to a whole underbelly of hourly, precarious, non-unionized labor. This labor is quite literally what makes theaters their money.

From this model, the contradictions of capitalism are made very clear. The promoter, as an hourly wage worker, will stand outside in subfreezing weather for around 9 hours and try to sell tickets. The producers pocket the money made off of the labor of the workers while the worker — who is the one putting their physical well-being on the line — is paid a few dollars above minimum wage. For example, after one day-long shift, I checked the numbers for what I’d sold that day. For one show alone, I’d sold around $8,000 worth of tickets. For that shift I made a little over $100. This is the model that has sustained Broadway for over a decade. Under this model, workers are made increasingly precarious so that producers can increase their profits. I am one of the lucky ones as I am eligible for unemployment while other show promoters are on 1099s or paid under the table. However, while this has been going on, there has also been a rise in the popularity of Broadway with star actors who are able to break through into the mainstream and gain a large amount of fame and fortune; shows like Hamilton turn massive profits. This “new golden age” of Broadway has gone hand-in-hand with the erasure of the working class of Broadway. With the shut-down, this systematic erasure has existential dangers for the wage workers.

When the news of layoffs came through, for many workers there was no recourse. Our jobs no longer existed and it is unclear if they will exist when Broadway is eventually re-opened. The only option that many employers offered was: apply for unemployment. This is due to the overall precariousness of gig workers in the economy and the fact that no protections were ever offered. For some in the theatre industry, unions provide some (small) level of protection. But those with unions are the minority of theatre workers. As the coronavirus crisis and the resulting closure of theaters across the country continue, it is important to remember the workers who will be impacted. These are the workers who kept theatre profitable during the days after 9/11 and during the recession of 2008. These are the workers who make-up the backbone of NYC theatre. That we are being forced to pay the price for this crisis is disgusting and we must not accept it.

We present below the voices of some of the impacted workers.

Voices of the Working Class of Broadway

To me the decision to close makes cynical fiscal sense. Since it’s a Cuomo edict, theaters can get their insurance and not have to endure the steep drop in attendance everyone saw coming. I’ll be honest, I don’t think I feel any differently than someone in the hospitality industry, for example, who’s in the exact same position right now. I’m sure we’ll all be signing up for unemployment together on Monday… It’s complicated. I’m angry there isn’t more security here. Broadway is going to return eventually, for sure, but unless you’ve got a union you’ve got no safety net here. And, of course, it’s nigh impossible to imagine a union for promoters like me because the lion’s share of promoters are temporary workers — and then the ones who stick around aren’t always openly proud of being a promoter. It can be a bit of a stigmatized position.

COVID-19 has not only been an epidemic for people’s physical and mental well being, but there is also a slightly less addressed problem of the financial state of our country and how that affects the hourly employees, or worse, the freelancers of the world. Personally, I fall under both of those categories. My primary source of income is from teaching at after school programs, which are now closed until further notice. Unlike public school teachers, I do not get paid time off or benefits. If schools are not in session, extracurriculars are certainly not in session.

The most terrifying part of this pandemic for me is I truly do not know when I will receive another paycheck. During the daytime hours, when I am not working at my after school job, I am a freelance artist. I spend many of my mornings at auditions for theatre jobs. With the majority of New York City on lockdown, there isn’t a high demand for casting new productions right now. Especially with Broadway and several other smaller venues cancelling their productions (not to mention several theaters across the nation cancelling the rest of their seasons), the need for new hires is almost non-existent. In short, I’m out of a job. And that is the real epidemic.

I made a choice to be an actor and knew that would come with some hardship. I work 3 different jobs on the regular aside from any acting based employment — all of them are freelance or paid by the hour — not one of them has any safety regulation! All bar one of these jobs has disappeared, usually with less than 24 hours notice. The last remaining job is as a theatre teacher in a middle school — how long shall we give it before that goes too?

I work hard, to put a roof over my head and food in my belly, I live alone, have no family, am an immigrant and I am proud to be a BritMerican and to be able to look after myself — but this, this is devastating. When one does everything right but is the first to lose it all — it’s hard physically and emotionally.

It’s also tricky because — I get it! I get why we need to do this — it’s the right thing to do, globally speaking. So I feel caught in this — I shouldn’t be moaning because this is for our well being but then I see those people ‘shirking from home’ whilst still on a salary and I want to scream!

What can you do? Stay healthy, stay positive, and sell a kidney?

This will put a nail in the poor. Imagine not working for [a month]. Classism at its peak. So unemployment for all, right? Maybe this virus and reaction will wake America up to the inequality and poverty that has now been forced into the spotlight. We need mortgage/rent suspensions. Instead of a trillion dollars into Wall Street, divert that money directly back to the people who need it. We need a bailout for everyone.

We’re Not Going to Pay for the Crisis

As the coronavirus crisis continues, layoffs in industries will become more and more common. We’re already seeing this outside of the arts with the hospitality and service industries laying off workers and cutting hours. This is a symptom of the larger crisis: a crisis of capitalism. It is easy, in these moments, to turn to in-fighting and argue amongst ourselves or blame individual employers. The real villain is not individual people or individual employers or even the coronavirus itself. The real villain is capitalism which is systemically incapable of responding to a public health crisis. This forces workers into a lose-lose situation where they either have to put their bodies and others at risk for the virus or lose their income — their only way to live. Capitalism offers no solution to this crisis other than demanding that the most vulnerable and precarious workers pay the costs of the crisis. This is unacceptable and we must fight it back at every turn. If there are a trillion dollars for Wall Street, then there is enough money to suspend rent and student loan payments, to provide free healthcare, and to compensate workers who are losing their jobs. They want us to pay for their crisis. Only organization, strategy, and leadership from the working class will make sure that the most vulnerable workers are protected.