The Legend of “Full Employment” Under Capitalism

Treasury Secretary Janet Yellen has been talking about the United States achieving “full employment” next year — buttressed by this morning’s lower-than-expected new jobless claims numbers. But the very idea of every worker having a job is absolutely anathema to the capitalist system. 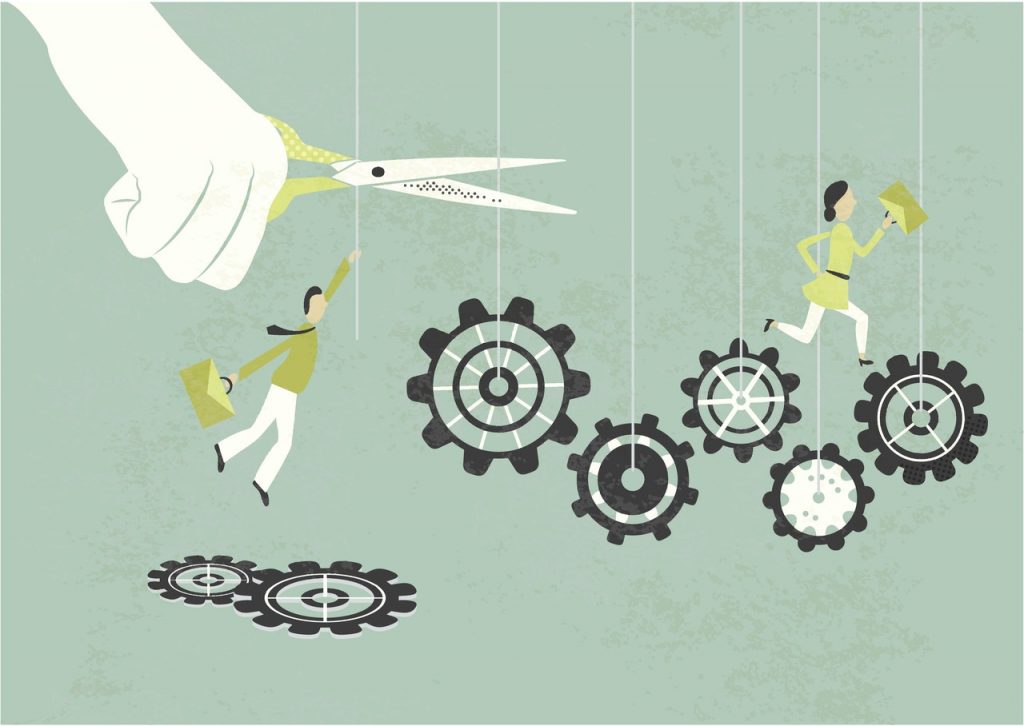 Another Thursday, another report from the U.S. Labor Department on weekly claims for unemployment insurance across the country.

A week ago, I wrote about numbers that had risen to new heights despite bourgeois economists having all forecast figures much lower. Now comes the news that the most recent new jobless claim numbers are down — touted as a sign of strong economic recovery. The 684,000 new filings for unemployment benefits announced this morning are the lowest since the pandemic began in the United States in March 2020, and the first time they’ve been below 700,000 during that period.

It’s “a great sign that things are starting to pick up again for the economy,” declared Ben Ayers, senior economist at Nationwide Mutual Insurance Company, to the Wall Street Journal. Mark Hamrick, senior economist analyst at Bankrate, told Yahoo!Finance, “This is likely a sign of even better things to come for the nation’s battered economy and the millions of individuals who are jobless, underemployed or have left the workforce but would like to work.”

Is it, though? Really? “Better things to come”?

The news wasn’t so “positive” for workers in Connecticut. That state saw what CTPost reports as the “biggest jump in initial claims for unemployment since April 2020.” So clearly there’s a long way to go. But that’s not getting in the way of spinning a good yarn.

Just last week, Treasury Secretary Janet Yellen testified before the U.S. House Committee on Financial Services. In her opening remarks, she stated, “We should be clear-eyed about the hole we’re digging out of: The country is still down nearly 10 million jobs from its pre-pandemic peak.” And she added that there “still are some very deep pockets of pain in the data.”

To get a true understanding of all this, it’s useful to turn first to the great American humorist Mark Twain, who popularized (although didn’t coin) the statement, “There are three kinds of lies: lies, damned lies, and statistics.”

The statistics lie is that unemployment as reported by the U.S. government even remotely corresponds to the actual numbers of people without a job. Pandemic or not, the numbers have never included people who have run out of benefits, aren’t eligible for benefits, or have given up looking for work. And since the pandemic began, these new claims numbers have never included anyone applying for unemployment compensation through the specific coronavirus-related temporary federal relief program.

The “damned lie” in Yellen’s testimony came later in her opening remarks. Touting the recent passage of the Biden administration’s American Rescue Plan, she said, “I am confident that people will reach the other side of this pandemic with the foundations of their lives intact. And I believe they will be met there by a growing economy. In fact, I think we may see a return to full employment next year.”

You read that correctly: “full employment.”

What exactly does Yellen mean by “full employment”? Not what you or I would mean: everyone who wants to work has a job. No bourgeois economist or capitalist politician has ever said there would be that kind of full employment, for a very simple reason: the capitalists have no interest in ensuring everyone who wants to work has a job. It would be to the system’s disadvantage. Karl Marx explained this in his monumental analysis of how capitalism works, and it’s as true today as in 1867 when Capital was first published.

In Volume I, Chapter 25, Marx describes that capitalism goes through periods of “average activity, production at high pressure, crisis and stagnation,” and that the system’s survival through these “oscillations” depends “on the constant formation, the greater or less absorption, and the re-formation of the industrial reserve army or surplus population.” In other words, capitalism ensures — because it is necessary for its survival — that there will never be “full employment,” because having unemployed people comprise an “industrial reserve army” allows for the bosses to “recruit the surplus population.”

Having this reserve army of the unemployed serves other purposes, too, beyond just ensuring there are workers seeking jobs when the oscillation creates that need among the capitalists. It also keeps the entire workforce in check in ways that benefit capital. It drives down demand for higher wages, because workers are essentially forced to compete with unemployed and underemployed workers for whatever jobs are available. And the more desperate the unemployed become, the more likely they are to be recruited as scabs when employed workers do fight back and strike.

“Full employment” under capitalism is as much a legend as the vanishing hitchhiker, unicorns, or the alligators that live in New York City’s sewers.

As for the “better things to come,” Yellen and her ilk who make this claim say nothing about the global economic crisis that began in 2008, was never resolved, and that has only been exacerbated by Covid-19. They make no mention of the looming battles over making the working class pay the costs of the crisis, so the capitalists don’t have to. They are silent on the likelihood of severe austerity measures that will cut back on social services, education, and so on — despite the Biden stimulus.

Revolutionary socialists have an answer to the problem of unemployment. It’s one that makes perfect sense, but runs right up against the profit-making and exploitation on which capitalism is based: cut the length of the workweek and divide up the work hours so everyone can have some, without any reduction in pay. Put people to work fixing roads and bridges, building schools and clinics, refurbishing housing, and so on. Pay for it by taking the massive profits from the corporations and using it to meet people’s needs.

A program like that will require a real battle by workers organized to fight in militant, mass struggle independent of the political parties that represent the bosses — no matter what they may say when they ask for our votes.