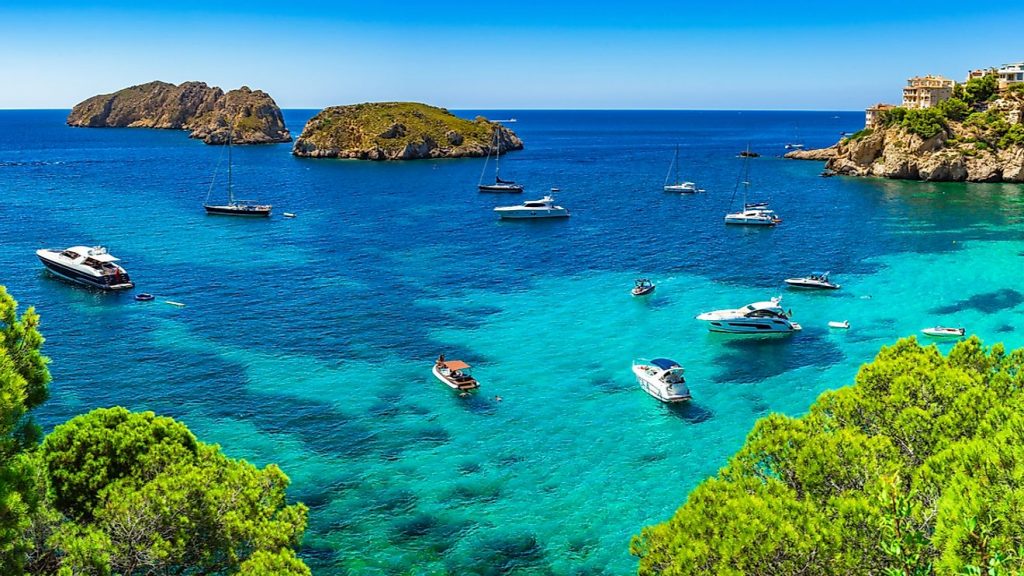 The two heat waves that Europe has experienced since the end of June are yet another symptom of the climate crisis — one in which the entire ecosystem is suffering the consequences of the irresponsibility of the capitalists. The effects are being felt far beyond the streets of the Spanish State: official data from the Ministry of Transportation’s port authority report water temperatures on the coast of the Balearic Islands reached 86ºF, a figure typically not reached — if at all — until mid-August, when the highest temperatures have been reported. In fact, summer averages are never expected to exceed 75ºF.

This seemingly exceptional situation is actually our new normal. In recent years, we have witnessed increased storms and torrential rains, both at unusual times of the year and increasingly intense. This is part of a climate trend that in the coming years will begin to have irreversible effects on the planet. In the current heat wave, the highest temperature ever recorded in Europe was hit in Portugal — 120ºF.

From childhood, we learn that the seasons and their climates are divided into four, but the lines between them are beginning to blur. The rains that were once a feature of autumn now come year-round, and throughout the entire territory of the Spanish State — including in highly unusual places. The relative stability that once defined the weather is increasingly vanishing, undeniably, thanks to the irreversible damage to the environment wrought by corporate activities and government negligence. More than 173,000 acres have already been burned in Spain; nearly 50,000 in France; close to 250,000 in Greece; and about 75,000 acres in Portugal.

The Climate Crisis Is a Class Question

Experts point out that these historical highs have been reached even before the peak of the summer. They predict that the numbers seen this week will intensify. It is quite possible that we are not yet facing the highest point, but rather the beginning of a much larger and unbearable deluge of similar attacks not only on our daily lives but on the ecosystem itself.

Water temperatures are related to air temperatures. Such high surface temperatures in the Mediterranean Sea can lead not only to torrential rains on the mainland, but also to an inability for the environment to cool down and to much higher levels of humidity that can cause feelings of heatstroke as well as insomnia. We have already experienced overnight temperatures in places like Madrid, far from the sea, approaching 90ºF — all indications are that this situation may get worse.

Meanwhile, the heat wave claimed more than 500 lives in the Spanish State just between July 10 and 19, having killed 830 people in June. Elderly people in homes without cooling equipment and people working in precarious jobs are the main ones affected — including firefighters, who work in conditions of precariousness, subcontracting, seasonal layoffs, and a lack of resources, all while risking their lives to do their jobs. Forests, abandoned by the populations that once lived in them and left with a lack of workers to clear them of kindling, are a powder keg. Outrage over workers dying as a result of the bosses’ and government’s negligence has flooded social media. The working class is a victim of capital many times over: as a consequence of precarious work and regulations being ignored, as well as by global warming, itself a byproduct of the irrationality of the capitalist system.

All this points to the need for environmental policies based on the working class controlling the levers of the economy — policies that can address the real problems already suffered in every country. In the face of this climate emergency, the empty promises of capitalists who claim their commitment to lowering emissions over a couple of decades are not, nor have they ever been, enough. None of the resolutions adopted at the various climate summits have been fulfilled, which reveals a much more serious reality: the interests of those who keep the capitalist system alive are diametrically opposed to the survival of humanity.

At the root of the problem is not just a lack of responsibility on the part of politicians and big business. There are no innocent owners who simply do not know the consequences of their actions. The reality is that they work tirelessly to sustain a system whose objective is the infinite exploitation of the planet’s resources, and the destruction of ecosystems in the name of capital accumulation. The climate disaster is not capitalism’s unforeseen result; it is the logical outcome of a completely irrational system devoted to the subordination of nature to capitalist profit.

There is no way to reform a system whose core is destruction. There is no room for reforming interests that, by necessity, put profits before survival. The end of the climate emergency must be the end of capitalism and the construction of a system that truly guarantees the survival of living beings on our planet.

Moving toward a real energy transition begins by nationalizing energy production under workers’ control. We can no longer leave the decisions to a few corporations that care only about their profits. The economy must be organized to meet the needs of the great majority, and preserve nature.

Building a socialist future from below is urgent. There is no Planet B.

First published in Spanish on July 25 in IzquierdaDiario.es