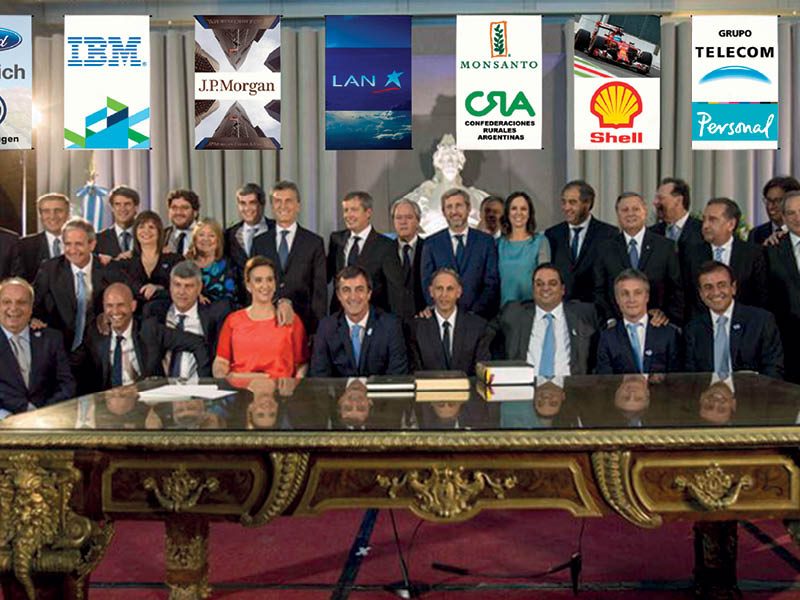 In the days immediately after President-elect Mauricio Macri moved into the presidential palace, almost all of his former adversaries, ex-presidential candidates, took their turns visiting him in meetings that were carefully staged to give off the perfect image of “consensus.” Words like “unity” and “dialogue” were repeated endlessly.

The intention is to bury the austerity cuts that Macri has already applied under the cover of “consensus.” The election was actually polarized by the runoff between Macri his main adversary, Daniel Scioli of the Kirchnerist Frente Para Victoria (FPV). Before the final vote, Macri’s real electoral base was a mere 24% of voters during the primary elections (PASO) and his discourse of demagoguery and sound bites have determined the limits that this new government will have to surpass in order to impose the austerity agenda that the capitalist economy demands.

What the “dialogue” really hides is that the real policy will develop through authoritarian channels, as is being demonstrated by the Bonapartist implementation of “Necessary and Urgent Decree” (NUD) during the last few weeks. The NUD has been a useful instrument for Macri, who will not call congress until ordinary sessions begin in March. Thus, Macri and his ministers are overseeing monetary devaluation, austerity policies, increased service costs, and agreements with the vulture funds. The decisions taken by the executive are being carried out by the same system they criticized time and again during the previous Kirchnerist governments.
Macri announced the elimination of tariffs on agricultural exports, with soy being the only exception, maintaining a fraction of its previous tax. Furthermore, former Energy Secretary Juan José Aranguren announced that subsidies for energy will be reduced. The consequence will be a rise in the cost of energy and gas from January 2016 on. Christian Castillo, a member of parliament with the FIT, has pointed out that these policies will mean enormous profitability for agro-capitalists and big business. The Left and Workers’ Front (FIT) has rejected the measures.
Last week, Macri decided through NUD to designate two Supreme Court judges, confirming the antidemocratic path of the new government. Former presidential candidate Nicolás del Caño of the FIT said, “Not even Menem was able to designate members of the Supreme Court with this mechanism.”
Under the guise of “national dialogue,” most political parties have fallen in line behind Macri’s pro-corporate and pro-multinational measures. However, the FIT’s Nicolás del Caño has refused to participate in this farce. Many journalists and other political tendencies have harshly condemned his refusal to meet with the new president.

In this context, the Socialist Workers’ Party (Partido de los Trabajadores Socialistas – PTS) has launched a campaign calling on all left forces to prepare a common rally against these measures aimed at workers and the poor. On December 12, more than 800 workers met at Madygraf factory (formerly owned by Donelley, now under workers’ control) to begin a coordinating plan to confront the austerity cuts. One of the decisions made at the meeting was to call for a National Workers’ Meeting, to take place on March 5. It will be a gathering of combative rank-and-file organizations that are independent from the union bureaucracy in order to prepare our resistance to Macri’s structural adjustments.

The reasons for Macri’s consensus agenda and “national dialogue” with former presidential candidates and provincial governors lay in weakness of his policies, and also in the need to carry out attacks against the working class and the people.

The abusive utilization of the NUD will possibly strengthen the contradictions with a wide part of the people who voted against “bonapartist” methods, which the Kirchners used during their government. Sooner than later, millions will start noticing the role of the “national dialogue”, which real purpose is to impose an austerity policy through decrees.

The resistance will be born in the streets, in workplaces, and among students and youth. The Trotskyist Left has political representation in Congress, but also with its strong base in the youth and the workers, it will be active in struggle and resistance.