The Money Has Always Been There: Coronavirus Response Reveals Capital’s Lies

In the past weeks, companies and governments alike have begrudgingly been forced to provide minimal relief to workers suffering under the coronavirus pandemic. These concessions are not enough to prevent the serious physical, emotional, and financial harms that people around the country (and the world) are facing, but they do reveal just how many policies that were previously called “not feasible” or “too expensive” could have been rapidly implemented in our workplaces and in our lives all along. 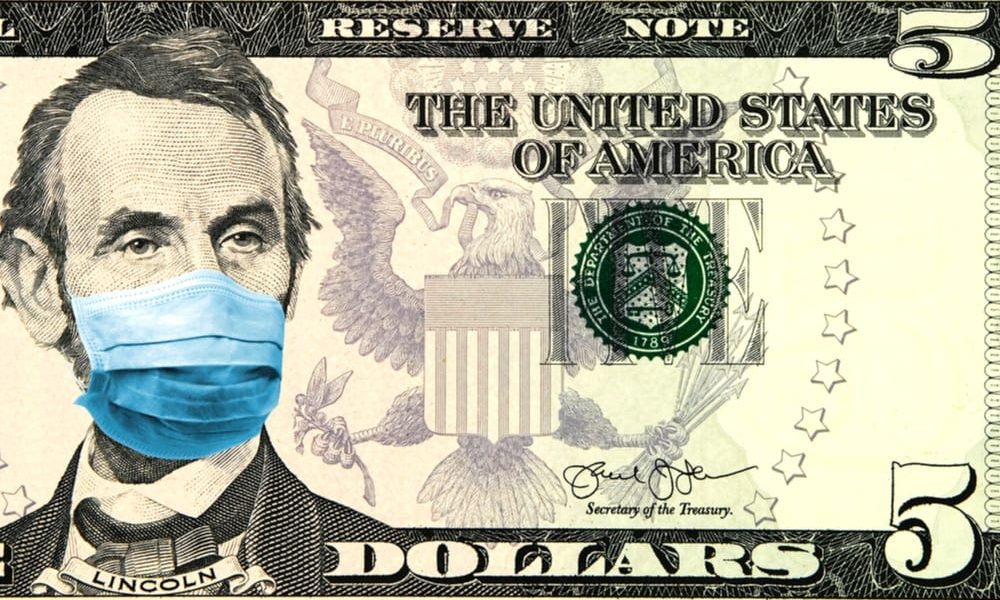 In the past weeks, companies and governments alike have begrudgingly been forced to provide minimal relief to workers suffering under the coronavirus pandemic. Inboxes are filled with emails from dozens of corporations about the steps they are taking to “protect” their employees and the public; these emails are nothing but damage control in the face of public demands.

Corporations and governments of all sizes are realizing that under such extreme conditions, they cannot hide the disastrous consequences of their actions like they once could. The need to “flatten the curve” is of course vital to protecting everyone’s health, but the capitalists are only struggling to flatten the curve of suffering under their own hegemony in order to keep people from connecting the dots. The old arguments — blaming the working class for their own financial irresponsibility or lack of work ethic — don’t work as well when entire sectors are getting shut down.

Already, we are seeing rapid changes in political consciousness across sectors. Many people now support measures — like free healthcare, guaranteed paid leave, and universal basic income — that they considered “too radical” only a few weeks ago. They are realizing that all people deserve more. And now they are demanding it.

Just in the last few weeks, airlines have been repeatedly revising their refund policies. Employers have been allowing more and more people to work from home. Health care providers are beginning to offer telehealth, and insurance companies are starting to provide coverage for telehealth where they didn’t before. These changes didn’t come from the goodness of their hearts. They came in response to a rapid loss in profits, fear of public backlash, and mass public outcry, both through piles of individual complaints and mass organized actions.

Many workplace protections that we are accustomed to today — such as the 8-hour workday, minimum wage laws, and unemployment and disability benefits —  as inadequate as they are, were won in the 1930s when mass movements and organized labor put pressure on the capitalist class. By offering small, affordable concessions now, subsidized by government bailouts, companies hope to appease the newly agitated workforce and foreclose the possibility of even stronger organized revolt.

These concessions are not enough to prevent the serious physical, emotional, and financial harms that people around the country (and the world) are facing, but they do reveal just how many policies that were previously called “not feasible” or “too expensive” could have been rapidly implemented in our workplaces and in our lives all along.

This partial list of concessions demonstrates that while there are no lasting solutions under capitalism, working people can still win valuable gains that improve their lives and strengthen their ability to fight for even more.

Many of these items are courtesy of @frnsys‘s compendium of concessions that they shared on Twitter.

These concessions are not enough — not even close. We need to have universal paid leave, a quarantine wage, a layoff freeze, and the cancellation of rent and debt. These concessions are nothing but crumbs being thrown by the bourgeoisie in the hopes that it will be enough to quell our rage. However, these concessions do reveal that all of these reforms that governments and business leaders have for so long insisted are impossible to implement are, in fact, things that they always had the power to do. The money has always been there.

More than 10 million people have filed new claims for unemployment benefits in the last two weeks alone. The crisis is only going to get worse, and we need massive changes now. The way that the necessary concessions will be won is not by sitting idly by and hoping that the capitalists will take mercy on us. As the price gouging around food and medical equipment, landlords’ insistence on continuing to collect rent, and the many employers forcing workers to labor in unsafe conditions demonstrate, capitalist pity is hard to come by in the face of profits. We need to have widespread collective action to win the things we need to survive the coronavirus crisis. We should look to the powerful examples of workers at Amazon, Whole Foods, and General Electric who, this week, walked off the job, went on strike, or staged protests in their workplace to gain safer working conditions or, in the case of GE, switch over production from airplane parts to the much-needed ventilators.

It is important, as the crisis continues and worsens, to draw certain conclusions about what is happening and why. The concessions listed above are protections that could have always been in place, the bailout bill shows that there is always money, and the increased safety measures show that businesses always had the ability to improve conditions. These things didn’t happen before because they didn’t want to do them. They are giving us crumbs now because they are afraid; they are afraid of us. They know that we have the power to shut down production, to attack capital, and to take power for ourselves. They are hoping that if they give us some crumbs now, then we will forget and forgive them. But we won’t, and we can’t. These concessions should only add to our anger, because now we know, without a doubt, that they could have done this the whole time and chose not to. The money has always been there.