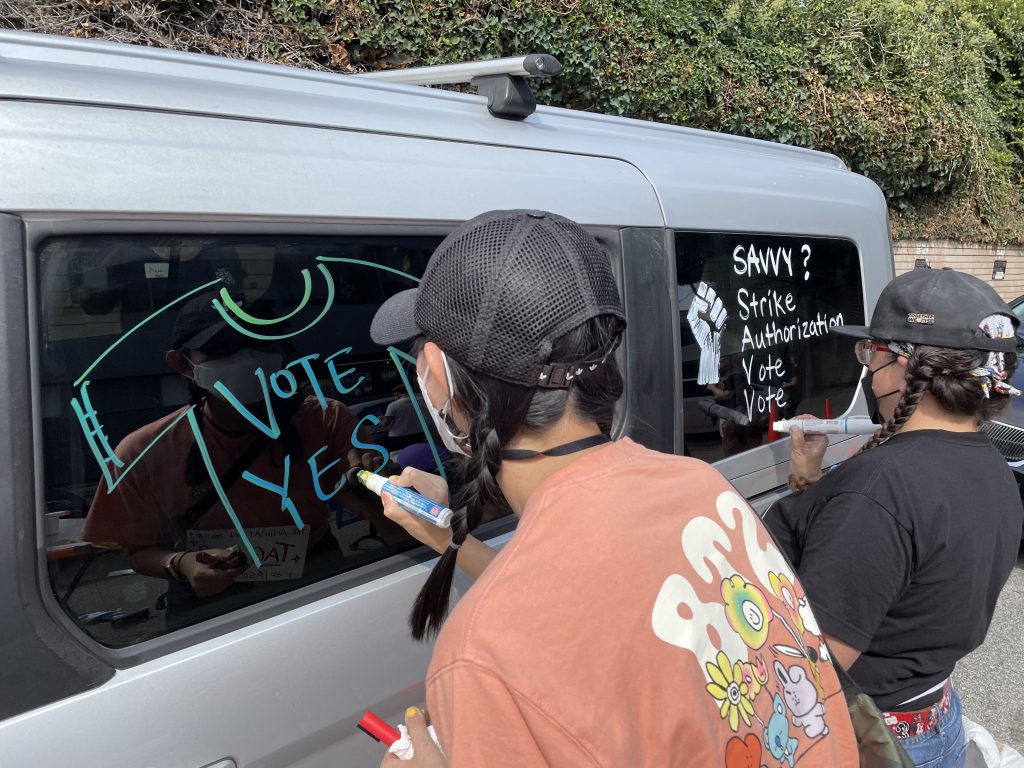 Please talk a bit about the work IATSE workers do?

Responsible for everything from lighting to makeup to set-building to camera, these artists are charged with creating almost all the live and recorded entertainment that people take in. The work that IATSE members perform looks glamorous, but is grueling, tedious, and time consuming. It is not unusual to arrive at work long before the sun comes up and depart long after it has set. Rinse. Repeat. Day after day. Week after week.

Why did you vote to authorize a strike?

I voted yes because our demands are not unreasonable, and the money is there.

The cost of making entertainment during the pandemic was extravagant due to the cost of testing, PPE, and various changes to the way production had to work in order to function safely. The money was always there when it came down to creating entertainment safely and with employee well-being in mind. The strike issues are no different. The money was there for Covid-19, and the money should be there for this as well.

What are your demands? Why are these important?

We are seeking to fix excessively unsafe and harmful working hours and the consistent failure to provide reasonable rest during meal breaks, between workdays, and on weekends. These are important because everyone deserves time to be with their family and loved ones. Not only that, but workers are owed a safe amount of working hours. There are way too many stories about people dying in car accidents after consecutively long — excessively long — work days.

We’re also taking on the unlivable wages for the lowest-paid crafts. These jobs aren’t “entry-level” positions’ for young kids looking to make pocket change in the summer. These are skilled, technical workers who have spent hundreds of hours honing their craft, and their compensation should reflect that.

Then there’s the issue of workers on certain “new media” streaming projects getting paid less, even on productions with budgets that rival or exceed those of traditionally released blockbusters. The “new media” contracts made sense when streaming shows and movies were in their infancy. It truly was an experiment. We now know the size, scale and impact that Netflix, Hulu and other streaming companies have, and contracts should be in line with that scope.

Why should other workers support your struggle?

While the entertainment industry is somewhat unique in the way it functions and the products it creates, it is not dissimilar to other jobs around the world. Our demands are not unreasonable or uncommon. Employees at the Kellogg cereal company are currently striking over pay and benefit issues. This can happen in your industry, and it’s up to all of us to band together to fight for what we as workers are owed.