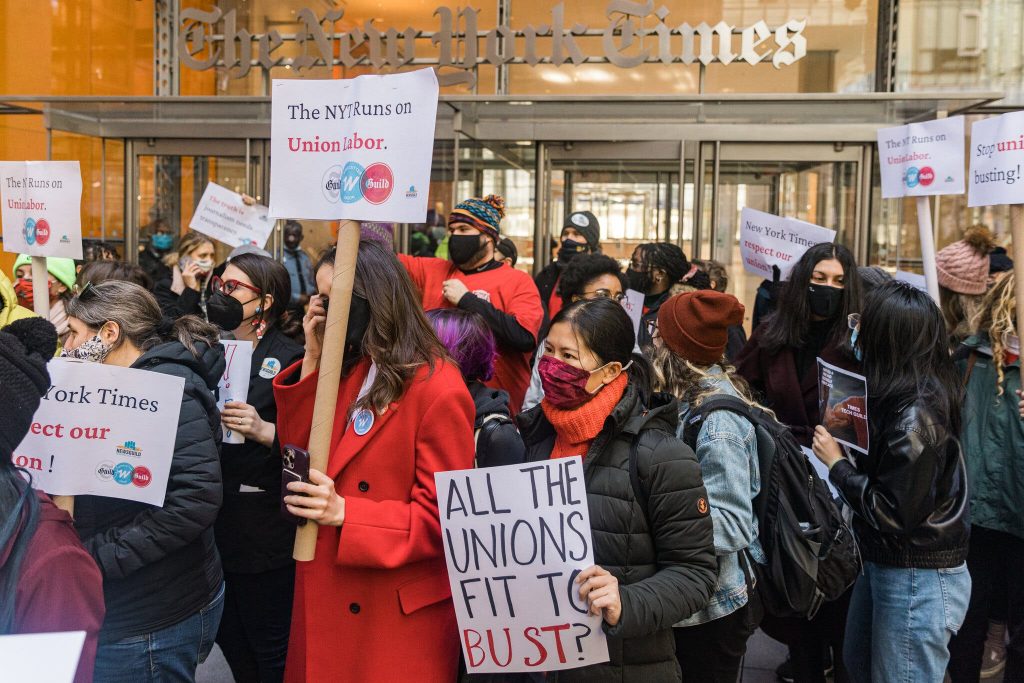 The New York Times Tech Guild has won their union vote, making them the largest majority union of software workers in the United States so far. The Tech Guild went public with their unionization efforts in April 2021, and faced an enormous amount of union-busting from New York Times management. At time of writing, the Tech Guild had counted an overwhelming majority of “yes” votes, with over 80% of the bargaining unit voting yes.

The Tech Guild, made up of software engineers, data scientists and analysts, program and project managers, designers, and more, joins two existing bargaining units at the New York Times, one in the newsroom and one at Wirecutter, the Times’ recommendations vertical, which unionized in 2019. Even though many workers at the Times were already members of recognized unions, Times management refused to voluntarily recognize the Tech Guild’s union, forcing them to go to a vote hosted by the National Labor Relations Board (NLRB). The Times also tried to divide their bargaining unit, going so far as to force an NLRB hearing over whether they could break the union in half by excluding all workers that weren’t software engineers. The union fought tooth and nail against the division, winning their right to recognition for their whole unit, and setting a precedent for all other tech workplaces that come after them.

Because the tech industry sits at the nexus of all sectors of the economy, increasing worker control over this sector is crucial. The Tech Guild joins a small number of other “tech company” unions in the United States made up of technical workers, in a wave kicked off in late 2019 by Google contractors at HCL Technologies and followed by Kickstarter, Glitch, Code for America, BigCartel, and several others. The Tech Guild, with a bargaining unit of around 700 workers, is the largest so far, and paves the way for much more organizing to come.