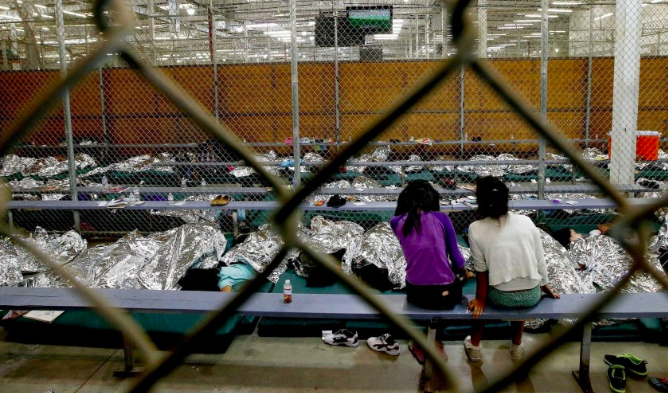 During the last presidential debate, the one where you could actually hear him speaking, President Trump attempted to crush Joe Biden’s charade of sadness over family separations.

And it’s true: the anti-immigrant deportation machine was built by both parties. And it was vastly expanded under the Obama administration. To this day it is true that while Trump detained more people than Obama, Obama still holds the record of deportations in U.S. history. And it is true that the image of the child crying hysterically, held in a cage, is not from the Trump years but from the Obama administration.

Biden tried to distance himself from Obama’s anti-immigrant history. When asked why voters should trust him after Obama’s record deportations, Joe Biden said “we made a mistake.” He said he would have done things differently and that he will do things differently. And it’s no wonder. The ground game of Latinx nonprofits in places like Arizona may have decided the election for him.

But now that Biden is slated to occupy in the White House, he and the rest of the Democratic Party are more than happy to turn their backs on the progressive folks who spent the last months campaigning to get him there. And on the issue of immigration this is clear as he clearly proposes continuity with the Obama administration, naming Obama’s former top immigration adviser, Cecilia Muñoz, to his transition team.

Muñoz, who was a well-known advocate for the Latinx community, having previously worked at La Raza and Center for Community Change, became the public face of Obama administration’s deportation machine. She was the Latina who provided political cover for the largest deportation machine built in the history of this country. She justified Obama’s immigration policies, in Spanish, including Obama’s deportation of thousands of Central American children and its decision to stop an executive order that would have halted deportations. She defended the policy of deporting “criminals” — which could include a vast array of offenses, including traffic violations. And she went as far as to say that deporting people who had not been accused of a crime was “collateral damage.”

In 2011, Muñoz said the in the PBS documentary Lost in Detention, “At the end of the day, when you have an immigration law that’s broken and you have a community of 10 million, 11 million people living and working in the United States illegally, some of these things are going to happen, even if the law is executed with perfection. There will be parents separated from their children.”

At a meeting of the American Immigration Lawyers Association, she spoke out against the #Not1More campaign against deportations, arguing that lawyers shouldn’t oppose all deportations. “Immigration reformists need a theory for humane enforcement,” she said. “#NotOneMore a great slogan, but not a working theory.”

Muñoz’s working theory was the deportation of 1.5 million people in Obama’s first term.

Even though Latinx nonprofits and volunteers worked tirelessly to get Biden into office, he is not going to stop the deportations or the practice of keeping migrant children locked in cages. While he won’t call Mexicans rapists in the press, and will put a Latina face on his administration’s inhumane immigration policies , Biden will be the deporter in chief.