Record-breaking temperatures were felt across the Pacific Northwest in the past week, affecting 13 million people and creating deadly wildfires and thunderstorms. The connection between extreme weather and climate change is as clear as ever, but neither Biden nor Trudeau are capable of taking meaningful action. 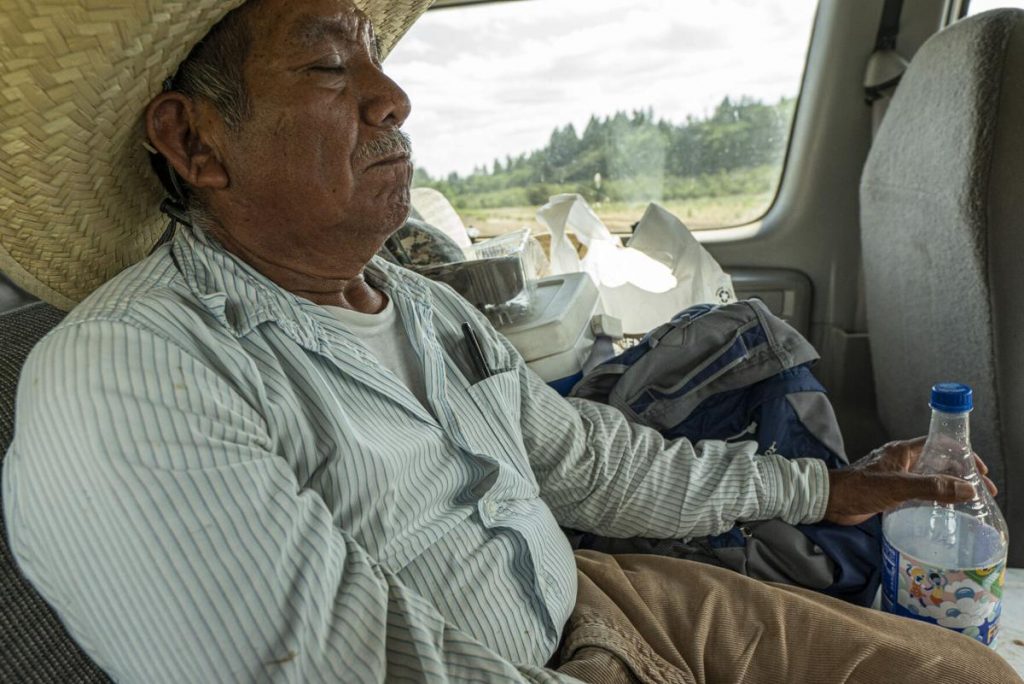 A nearly week-long heat wave has devastated the Pacific Northwest. It’s estimated that several hundred people have died as a result of heat-related illnesses. Forest fires occurred throughout the region, with the resulting smoke creating lightning strikes and air quality advisories. The village of Lytton in British Columbia, home to 250 people, practically burned to the ground in a matter of minutes.

The heatwave has subsided, but many areas remain under heat warnings. This is the result of a “heat dome,” or a high pressure zone, hovering in the atmosphere over coastal Oregon, Washington, and British Columbia. The high pressure system traps hot air underneath and prevents it from spreading to other regions or rising into the atmosphere. These can be particularly severe in years like 2021 that are characterized by “La Niña” weather patterns, a phenomenon in which cooler than average ocean temperatures result in droughts in some regions and heavy rainfall in others.

While extreme weather events are not new, anthropogenic climate change is making them more frequent and more severe. 2020 was the warmest year in recorded history according to NASA, and the six warmest years have all occurred after 2015.

How Bad Is It?

An estimated 13 million people across the region faced extreme heat warnings or watches according to the National Weather Service. In the United States, the heat wave extended across most of Washington state and Oregon, along with parts of California and Idaho. Temperatures in the city of Portland, Oregon reached as high as 116ºF (46.7ºC), and the state has reported over 70 heat-related deaths. Power cables expanded and sagged, forcing the city’s streetcar system to shut down. With less than half of Seattle’s residents living in air conditioned housing, the danger of heat stroke increased

Western Canada also experienced blazing heat and an alarming death toll. Heat warnings were issued across the provinces of Ontario, Manitoba, Saskatchewan, Alberta, and British Columbia. A total of 486 “sudden and unexpected deaths” have been reported in British Columbia since last Friday, with nearly all of these attributable to the heat wave. The extreme heat and dry air have sparked dozens of wildfires across the region. Lytton recorded a record high of 121ºF (49.6°C) before wildfires reached the village. That broke the previous record by an astonishing 13.3°F (4.6ºC). As the BBC notes, heat records are typically broken by less than 1ºC (2.9°F). Not only that, but the high temperatures in Lytton broke temperature records set in Las Vegas, Nevada, a city surrounded by desert and located 1,000 miles south of the Canadian village.

What’s most notable is that the heat wave has struck a region unaccustomed to sustained high temperatures. Average July highs in Portland are only around 81°F (27°C). In fact, many homes and businesses have no air conditioning at all. Residents have been forced to go to the limited number of cooling centers set up to escape the sweltering heat.

Unfortunately, the Northwest heat wave will be no anomaly this summer. In fact, it comes just days after record temperatures were measured in the Arctic Circle, with the Siberian town of Verkhoyansk reaching 100ºF (38ºC) in late June. With each year representing new highs in atmospheric carbon.

How Has the Biden Administration Responded?

Deadly heat waves like these are already becoming common around the world as average global temperatures have now risen 1.2ºC (3.4°F)  above pre-Industrial levels. Extreme weather events, such droughts, floods, wildfires, hurricanes and other storms are now regular occurrences. In 2020, California experienced five of the six largest wildfires in the state’s history.

Despite this, the Biden administration and the world’s major powers have taken no serious steps to address the climate crisis. U.S. greenhouse gas emissions dropped in 2020 as a result of the coronavirus pandemic and the global economic crisis, but emissions returned to or even surpassed 2019 levels by December. With no binding emissions restrictions in place, we can expect atmospheric carbon levels — and temperatures — to continue rising.

President Biden has touted his infrastructure plan as an initiative to combat climate change, with modest measures to protect wild lands or plugging leaking oil and gas wells. But much of Biden’s plan benefits the fossil fuel economy. Rather than massively expanding public transportation, like electric high-speed rail, the plan includes billions to update highways, roads, bridges, and airports. The administration, just like that of Justin Trudeau, has still failed to put forward any serious measures that keep fossil fuels in the ground.

Where Do We Go from Here?

Of course, it is the poor, people of color, the elderly, the disabled, and the working class who routinely bear the heaviest burden of the climate disasters. While the rich are able to rebuild, these sectors face displacement and homelessness.

The climate emergency is a direct result of capitalist production, which means ever more growth and resource extraction. As long as oil, gas and coal extraction provide lucrative returns for the capitalists, little incentive exists for them to transition away from these energy sources. As such, capitalism offers no way out of the crisis it created.

A system that relies on short term profit can only mean misery for the vast majority of the planet. In order to combat the will of capitalists to grow at all costs, the energy sector must be nationalized and put under worker and consumer control. Worker and consumer control, in turn, shows that the capitalist class is not needed and points the way to a planned and rational economy based on renewable energy— the only system that gives us hope of survival.