The Only Place Where Black People Did Not Revolt is in the Pages of Capitalist Historians: Black History Month on Left Voice

This Black History Month, Left Voice will be filling our pages with what C.L.R. James said the capitalist historians have deliberately excluded — from the struggles of enslaved people to the Black workers who went on strike in Ford factories to Black people struggling today against police violence, against the pandemic, and against capitalist hyper-exploitation in workplaces across the country. We invite you to submit to Left Voice at: [email protected] 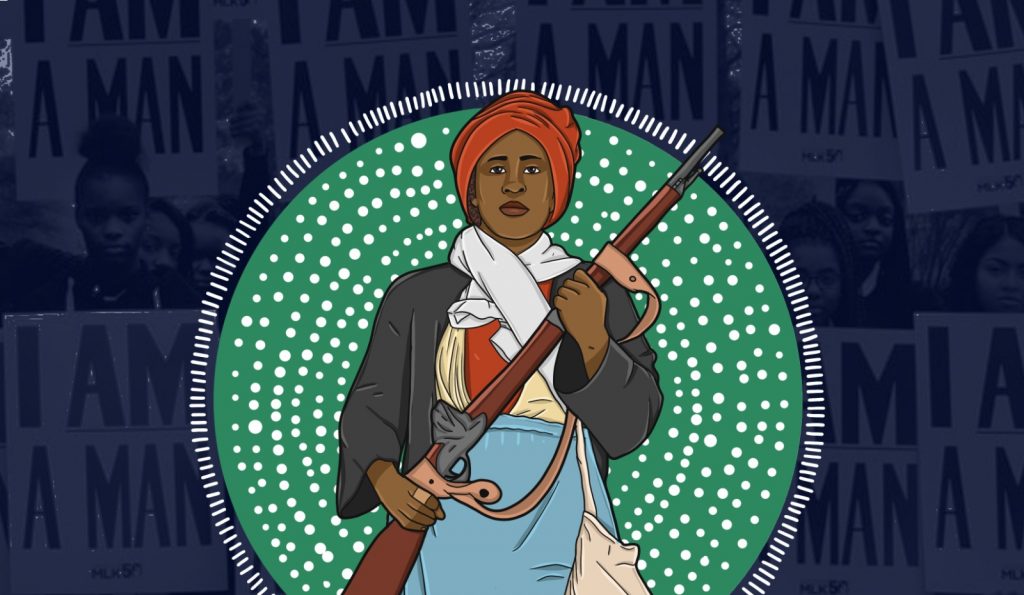 Black resistance has been a constant force throughout U.S. history, beginning with the first enslaved Africans kidnapped and brought to stolen indigenous land. It persisted into the labor movements of the 1930s. There was the Black struggle of the 1960s and 1970s, from Civil Rights to Black Power and the Black Lives Matter movement of today. It is a history of refusal — in the face of the oppression of Black people — to abide by racism and exploitation.  “The only place where Negroes did not revolt is in the pages of capitalist historians,” C.L.R. James wrote in his 1939 Revolution and the Negro.

Last summer, the continued violence against Black communities was laid bare. The brutal video of George Floyd being strangled to death for close to ten minutes by Minneapolis cop Derek Chauvin was a grim reminder that the police murder with near impunity. It shook the entire country and the world. After George Floyd, the police didn’t stop. There was Jacob Blake, Walter Wallace Jr., Casey Goodson Jr., Elijah McClain, and too many more. Breonna Taylor’s killers weren’t even charged with murder.

Meanwhile, President Trump had protesters tear-gassed and egged on radicalized white supremacists. While Democrats in Congress draped themselves in kente cloth, Democratic mayors and governors gassed, arrested, and repressed the movement as well. Despite the diverse faces, the Democratic Party shares responsibilities with the Republicans for holding up this system that systematically terrorizes Black people.

A dangerous far right that attacked protesters throughout last summer turned its rage on the Capitol on January 6, and now the Biden administration controls the executive branch of the U.S. government. But nothing has substantially changed: having a “diverse” cabinet means nothing when those cabinet members pledge to uphold the same racist, exploitative system of their predecessors. Both President Joe Biden and Vice President Kamala Harris built their political legacies on the mass incarceration of Black people in this country while supporting U.S. imperialist policies in Africa, the Middle East, and throughout the world.

The system is beyond reform. In fact, it has never been reformable, because oppression is its foundation and lifeblood.

The murder of George Floyd came after the first wave of the deadly coronavirus pandemic, which did not choose its victims equally, but rather highlighted all the deep inequalities of modern capitalism. While bosses went away to their beach homes, essential workers fought the pandemic, ran public transit, cared for the sick in hospitals, and shipped food to supermarkets they stocked across the country. Among these essential workers, Black people are disproportionately represented — and it was Black people who have died at exorbitant rates while the capitalists have been raking in massive profits.

Capitalism is a system that promotes and profits from racism — from the lower wages paid to Black people to the semi-slave prison labor population in which Black people are disproportionately represented. Racism is not some bug in the system — it is at the very core of capitalism.

The capitalists do not confine their racist system to the U.S. borders; the brutal legacy of slavery and the racist capitalist system built upon that brutal, murderous labor  is reflected in the imperialist degradation of Africa and the ongoing oppression of Black people in Europe and throughout the Americas. Anti-Blackness spread for the profit-making of slavery; anti-Blackness fed the spread of colonialism around the world. And today, in countries around the world, there are George Floyds. That is why his murder resonated across the globe and why there were protests around the world.

In every country where Black people were enslaved, Black people have risen up. Black people were the protagonists of the glorious Haitian revolution, defeating none other than one of the world’s most powerful imperialist armies — the French. In Brazil, Black people built quilombos— towns of escaped slaves, often numbering in the thousands, who organized attacks and helped other enslaved people escape.  Black people are not just victims of racist capitalist brutality. Black people are the subjects of the most explosive struggle this country, and the world, have ever seen.

Socialists are clear in the knowledge that Black struggle will be at the center of any struggle for a new socialist society. That struggle will require uniting the working class to fight capitalism. Unity will not come from ignoring racism, but fighting it — including within the ranks of the working class itself. This unity is key because the struggle against institutional racism and capitalism require a working class that uses our fire power at the point of production to fight racism. This means it is essential to kick cops out of our unions. But we need to go much further to include actions such as strikes against racist police violence.

Black struggle is class struggle. Black people are part of the working class, as the pandemic has brought to light in the most brutal ways. The stronger the fight against institutional racism, the more we organize, protests and fight, the more we will succeed in defeating racism and the capitalism it feeds — and the more we will improve the lives of Black workers and all workers. The working class will advance and wrest concessions from the system when it self-organizes — and in particular when the Black working class organizes and unites as part of a multi-racial class struggle that opposes racism in all it forms. That is a lesson from history, when the fighting ranks of the proletariat were filled with organized socialists and communist revolutionaries.

This Black History Month, Left Voice will be highlighting Black struggle — from the struggles of enslaved people to the Black workers who went on strike in Ford factories to Black people struggling today against police violence, against the pandemic, and against capitalist hyper-exploitation in workplaces across the country. We will shine a light on the enemies of Black people and expose the capitalist parties and their attacks on Black people in the United States, Africa, and the rest of the diaspora. We will use our pages to fight the co-optation of the Black Lives Matter movement by the Democratic Party and all of the misleaders who push Black struggle into the confines of “lesser evil” electoralism. We will report on the fight against police brutality, which will not end until we Abolish the Police. We will explain that police abolition will only come with an end to capitalism.

We invite you to submit writing, interviews, articles, and other media that highlight Black struggle to Left Voice at: [email protected]

We descend from those who mutinied on slave ships, and from those who organized and set fire to plantation torture chambers and who risked everything to organize the Underground Railroad. We are in a continuum with the strikers, and those who defied the water cannons, batons, tear gas, and bullets. We are revolutionaries, and this month we will focus on revealing the hidden history of resistance — and talk about the resistance to come.

We share the confidence of C.L.R. James when he wrote, “In Africa, in America, in the West Indies, on a national and international scale, the millions of Negroes will raise their heads, rise up from their knees, and write some of the most massive and brilliant chapters in the history of revolutionary socialism.”