The Pandemic Isn’t Over

Joe Biden says that America is recovering. But whose America? The capitalists’ America might be doing okay, but working people are still suffering. 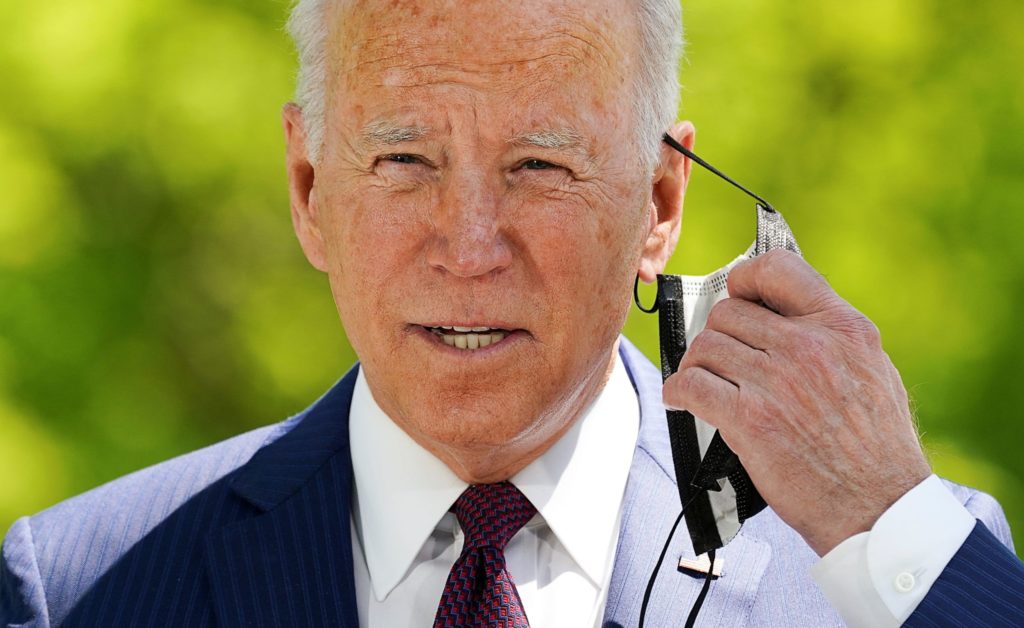 In his joint address to Congress last week, President Biden described his presidency so far as “100 days of rescue and renewal.” He painted a rosy picture of the United States’ recovery from the Covid-19 pandemic. He cited statistics on the U.S. vaccination effort and shared anecdotes about the impacts of the stimulus package passed in March. “America is ready for takeoff,” he said. But whose America is that?

Biden proudly announced that more than half of adults in the United States have received at least one dose of a coronavirus vaccine. These doses have not been evenly distributed, however. White people are more likely to be vaccinated, and Latinx people are least likely to have gotten a shot. The vaccination rate peaked in early April and has been declining since then, and this trend is expected to continue. People of color, children, and immunocompromised people remain especially vulnerable to the virus, while increasing numbers of white, able-bodied adults are able to return to their previous activities.

Another shiny stat featured in Biden’s speech is the claim that “we’re on track to cut child poverty in America in half this year.” While statistical models suggest that this may be correct, Cory Turner points out that such a reduction in poverty is dependent upon the expansion of the child tax credit, which will only last one year and won’t directly benefit families until their tax refunds are issued. And even so, cutting child poverty in half means that six percent of children in the U.S. will still be living in poverty. In the richest country in the history of human civilization.

It’s also vitally important to understand that the federal definition of “poverty” is extremely narrow. Any single adult who makes more than $12,880 per year is not considered poor, regardless of where they live. The ALICE threshold provides a better picture. ALICE families are those that make more money than the federal poverty level but do not make enough to afford basic necessities, adjusted for regional variations in cost of living. The United for ALICE research group points out in their analysis of the stimulus package impacts that even if some children are raised out of poverty, the vast majority of those children will still not have reliable access to basic necessities.

Biden also bragged that more than a million new jobs have been created during the first 100 days of his presidency. This is true, but official unemployment nationwide is still nearly twice as high as it was before the pandemic. This also does not include the millions of people who have dropped out of the workforce entirely — that is, they are not actively looking for work, often because they are caring for a loved one. Additionally, unemployment data doesn’t include undocumented workers, nor does it account for the quality of the jobs. How many of the one million new jobs are part-time, low-wage, precarious labor?

The most egregious instance of whitewashing came at the beginning of Biden’s remarks on foreign policy:

Our own vaccine supply, as it grows to meet our needs — and we’re meeting them — will become an arsenal for vaccines for other countries, just as America was an arsenal for democracy for the world. And in consequence, influenced the world. But every American will have access before that.

Here, Biden explicitly endorses a policy of vaccine nationalism. To borrow Trump’s slogan, Biden’s vaccine policy is literally “America first.” As of April 1, the U.S. government had purchased more than 1.2 billion doses of vaccine — enough to vaccinate every single person in the country more than twice over. This includes at least 60 million doses of the AstraZeneca vaccine, which is not even approved for use in the United States. Additionally, the Biden administration has blocked exports of both vaccines and components used to make and administer vaccines, despite international pleas. India is the current epicenter of the pandemic, averaging nearly 400,000 new cases and 3,500 new Covid-related deaths per day. Yet so far, Biden is only sending PPE and other medical supplies. The United States has been at the head of a coalition of imperialist countries rejecting demands to lift patents on vaccines. This would be a concrete step that Biden could take to save lives around the world. But he is sacrificing countless poor people on the altar of profits for U.S. corporations.

Although the White House has announced it will be sending 60 million AstraZeneca doses to unspecified recipients in the coming months, this is too little too late. Anthony Fauci told Reuters at the end of March that the United States was unlikely to need its supply of AstraZeneca doses. Yet it is still hoarding enough doses to have vaccinated every single Indian person who currently has a confirmed case of Covid-19, if only the U.S. had been willing to share. The United States hoarding doses has cost people in India and the rest of the Global South their lives.

And there is more death still to come. While the worst of the pandemic may be over in the United States, that’s far from the case in the rest of the world. The spread of Covid-19 is increasing in more than 28% of all countries, with concentrations in Southeast and Central Asia, the Caribbean, and Africa. These are all regions with limited access to vaccines because wealthier nations have been buying up all of the available doses and pharmaceutical companies monopolize the patents. America has never been an “arsenal of democracy for the world” — that is all just empty rhetoric to cover up a century of invasions, coups, and exploitation. We are seeing the same thing again here: rather than an “arsenal of vaccines,” the United States is in fact a motor of vaccine imperialism.