The Police and the Right Wing Have Killed Protesters

The police murder of George Floyd has sparked massive protests throughout the country. But demonstrators are facing both the police brutality they’re fighting, as well as the violence of right-wing vigilantes. 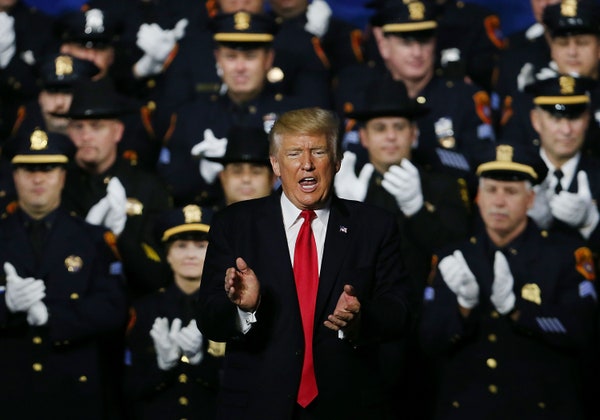 Protests have erupted throughout the country in response to the police murder of George Floyd. The demonstrations have been repressed with the very brutality that they are protesting. Social media and live streams are inundated with irrefutable evidence: unprovoked, police are responding to protests with tear gas, violent corralling, rubber bullets, and beatings. Cops are dragging people out of their cars, tasing and teargassing them. Even the bourgeois media has found itself the target of police aggression, reporting live and in disbelief as cops fire rubber bullets directly at them. Some protesters, bystanders, and reporters have permanently lost their sight in one eye due to these attacks. Within this context, at least thirteen people have been killed, hundreds have been injured, and thousands have been arrested.

Cops Are Brutalizing — and Killing — Protesters

The instances of brutality at protests are overwhelming in number. There have, however, been some that have gone viral, including cops tasing and gassing two students in Atlanta, Georgia, and cops shoving a 75 year-old man in Buffalo, New York. Any time spent on social media and livestreams furnishes plenty of other examples. These aggressions have resulted in hospitalizations and permanent injuries — and in some cases, protesters have even been killed.

On Monday, in Louisville, Kentucky, the cops and the National Guard fired live rounds to disperse a crowd of protesters. They shot and killed 53-year-old David McAtee, a beloved community member and the owner of a local barbeque restaurant, and left his body in the street for 12 hours. This was the same police department that was responsible for the horrific murder of Breonna Taylor, who was shot as she slept.

On Tuesday, San Francisco resident, 22-year-old Sean Monterrosa was murdered while kneeling unarmed in a parking lot. After hearing reports of a looting at Walgreens, the cops shot five bullets through their own windshield, striking and killing Monterrosa. The cops said they thought Monterrosa might have had a gun — he had a hammer in his sweatshirt pocket. In a public statement, one of Sean’s sisters said, “Barely raising his hands and midway they shot him. They executed him, there was no reason for them to kill my brother like that.” The last text Sean sent to his family was sent in a group text, approximately 41 minutes before his death: he was asking them to sign a petition for justice for George Floyd.

In Columbus, Ohio, 22-year-old Sarah Grossman died after protesting on the frontlines when cops responded to the peaceful demonstrations with tear gas. Details in this case are still emerging, but there are countless videos on social media of cops spraying chemical agents directly into protesters’ faces.

Cops have found allies in their repression in white, right-wing vigilantes armed with baseball bats, golf clubs, and guns. Despite the media narrative about right-wing outside agitators, the police and reactionaries largely find themselves aligned. In Philadelphia, a band of armed, white men guarded Target and Gamestop, then roamed around the city after curfew had been issued. While protesters were beaten and arrested for breaking curfew, these roving groups of right-wing vigilantes were understood as the natural allies of the cops. Panic around rioting has taken hold in some majority-white small towns and suburbs, where white people with guns have lined the streets to intimidate protesters.

The first death of the protests was that of 43-year-old Calvin Lewis Horton Jr., who was shot and killed by a business owner close to the Minneapolis Police Department’s 3rd Precinct. Another business owner — and friend of George Floyd — heard everything unfold and has since reflected: “My business is going to get replaced. People are still going to come here when all this is over, but to witness another Black man dying right here, and fighting for his life, which is what we’re, the opposite of what we want justice for.” The business owner that killed Horton was arrested, but has since been released without charges; private property is guaranteed more protection than Black lives.

In Omaha, Nebraska, 22-year-old James Scurlock was murdered by Jake Gardner. Gardner shoved members of the group that Scurlock was with; when the group realized that Gardner had a gun, Scurlock and 19-year-old Alayna Melendez tackled him and tried to wrest it away from him. Gardner shot over his shoulder, killing Scurlock. DA Don Kleine initially declined to press any charges, stating that Gardner acted in self defense. But all of the facts suggest otherwise: the retired marine armed up — as in all the other images of armed right-wingers — and waited outside his bar, looking for a fight. Earlier that day, he posted on social media, “Just when you think ‘what else could 2020 throw at me?’ Then you have to pull 48 hours of military style firewatch.” Gardner owns a bar in the area which has been the subject of multiple complaints of racial discrimination and he is a noted transphobe on social media. He is one of at least hundreds of trigger-happy right-wingers who have armed up and waited for protesters. He is exactly the sector of Trump’s base that is mobilized by tweets like, “when the looting starts, the shooting starts.”

Trump has explicitly called on this far-right sector of his base.  In a tweet he called for a MAGA night to respond to protesters, in conversations with governors he has called on them to “dominate the streets,” and in addresses he has said that he would bring in armed soldiers. In his address to the nation on Monday — which was preceded by tear gas and beatings to clear out protesters — Trump called for the mobilization of all forces — military and civilian — and emphasized that the 2nd Amendment might be necessary to quell the unrest. Such statements actively embolden Trump’s far-right base to participate in the violent repression of protesters. Both the cops and the right-wing vigilantes have largely conducted this violence with impunity.

The cops and the right-wing vigilantes are natural allies: many of the right-wingers themselves are retired police officers or former members of the military. Both right-wingers and the police defend and violently uphold the status quo: capital, white supremacy, and the state that maintains both. Any movement that wishes to challenge exploitation and oppression will face this violence; we must find ways to weaken the state and its supporters.

For one, we must use the state against its own repressive forces: we must call for the jailing of killer cops and the right-wingers who murder Black and Brown people with impunity. But we must also develop ways to defend ourselves. There is mass support behind the protests — workers, youth, people of all races. The working class must develop this support into a united front that can both take up the demands of the protests and organize the self-defense of the movement against police and right-wing violence.