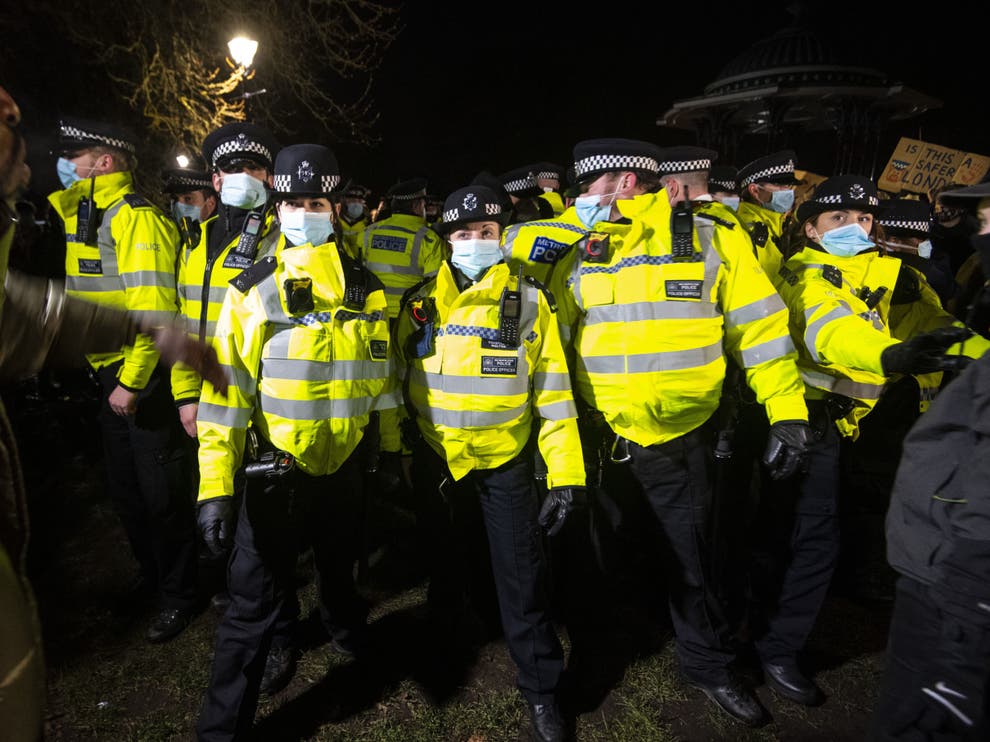 The trial of Wayne Couzens, the London police officer who kidnapped, assaulted, and brutally murdered Sarah Everard, has brought attention to the situation of violence against women in the UK and around the world. In addition to the shocking testimony in the case itself, the trial brought to light enraging new information about misogynistic violence in the police force — including the fact that several other officers were part of misogynistic group texts with Couzens and that another London cop was arrested for rape just a few days after Couzens was sentenced. Indeed, Couzens still enjoys support from his (now former) colleagues on the force, and it has been revealed that his nickname on the force was “The Rapist.”

Surely, this is yet another clear example of the role the police actually play in society: not to keep workers and the oppressed safe, but to oppress, violate, and murder us in the defense of property. The police are the armed wing of the state and oversee a campaign of violence against mostly working people. Everard is but the latest tragic victim at the hands of the police.

However, the forces of British transphobia have seized upon this opportunity to shift the discussion away from the violent oppression of women by the state towards… blaming trans people?

In an op-ed for The Guardian, noted transphobe Catherine Bennett argues that the real danger is the fact that non-cis women are allowed access to women-only spaces. Bennett begins her piece by, correctly, critiquing the framework of the trial casting Everard as a “wholly blameless victim,” as if some people do deserve to be kidnapped and murdered by the police. Bennett correctly points out that this is a function of misogyny, separating the “good” women from the “bad” women. Ironically, despite starting out here, it is within a few paragraphs that Bennett’s argument’s argument falls into this exact line of thinking.

The signs of her reactionary tendencies become clear as soon as she begins to discuss Couzens and “his prostitutes and violent pornography.” The dismissive attitude toward sex workers — who are often the women most violently targeted by the police — shows, even before the transphobia starts, that Bennett is not interested in defending all women, just those who she deems worthy. And who is she defending them from? Not the police, who routinely target, harass, and murder women, but trans women and non-binary people who dare to think they should be allowed into women-only spaces.

David Lammy, the shadow justice secretary, was among the prominent men tweeting their abhorrence: “Enough is enough. We need to treat violence against women and girls as seriously as terrorism.”

Sometimes, you gather, it’s acceptable to discuss endemic male violence against women and girls and sometimes it’s not. Just before the Everard verdict, Lammy had angrily dismissed women exercised by this very subject as “dinosaurs”. Women who value women-only spaces – where they feel safe from male violence – he characterised as “hoarding rights”.

Lammy, along with some Labour colleagues, simultaneously denounces male violence, then, taking victim-blaming to as yet unprecedented levels, is furious with any women concerned about losing the few places that individuals he depicts as terrorists can’t access.

These single-sex spaces – from refuges to hospital wards and rest rooms – historically protected women by excluding men where women were particularly vulnerable…. But there are now questions about [single-sex spaces’] survival, partly because of their increasing, arbitrary replacement by gender-neutral spaces, partly because of possible changes to gender-recognition law. These could, as an unintended consequence, leave women – both trans and not – with almost nowhere they don’t have to glance over their shoulders. As Alessandra Asteriti and Rebecca Bull argued in Modern Law Review: “Opening spaces to those who self-declare their sex and who are perceived as males” will “embolden male opportunists to enter single-sex spaces, reducing their risk-mitigation role”.

Yes, you read that right, Bennett has decided to take a case where a cis man murdered a cis woman and use it as an opportunity to seemingly compare trans women to terrorists. This shifts a vital conversation about the kidnapping and murder of a woman by a police officer — who specifically used his status as a police officer to kidnap his victim — into a conversation about imaginary male predators who are posing as trans women to access women-only spaces to then assault women — whether or not these instances of assault are taking place in a “single-sex space” or somewhere else, Bennett never clarifies.

Bennett is repeating one of the most insidious tropes about trans femmes: that we are men pretending to be women to gain access to more women to abuse. This trope has been disproven over and over again. It simply isn’t happening. Unsurprisingly, these deeply misogynistic male abusers are not living their lives as women just to find women to abuse. As Couzens shows us, misogynistic abusers are more than able to find victims without re-enacting Mrs. Doubtfire.

But this op-ed isn’t just wrong-headed and offensive; it’s harmful. Because what it is serving to do is distract from an on-going discussion about one of the real causes of violence against women — police violence — and, instead, focusing on completely fake causes. So, a self-described advocate for women is actively trying to divert conversations about violence against women. Transphobia is a hell of a drug. While other people — including on The Guardian’s own pages! — want to discuss the role of police in society, Bennett is pointing at trans people and shouting, “No! They’re the ones you want.” Intentionally or not, Bennett is helping the police.

This argument is even more insidious when you look at the women who the police are actually, by-and-large, brutalizing. For the most part, it is not middle-class white women like Sarah Everard, and it is almost never well-to-do members of the intelligentsia like Bennett. Rather, the main groups who are victimized by the police are women of color, sex workers, and trans women. Bennett’s op-ed about violence against women does not mention race once and mentions sex workers only to dismiss them. Once again, it is clear who Bennett’s transphobic feminism is for.

The over-policing of trans women is rampant. An NYPD officer testified that he’d drive around town looking for women with Adam’s apples to stop on suspicion of solicitation. In the United States, 21 percent of Black trans women will face incareceration at least once, and police abuse of trans sex workers has been well-documented for years.

Misogynistic violence is a major problem. But it won’t be fixed by discriminating against trans people as Bennett suggests. Nor will it be fixed by a greater police response and harsher prison time, as both the Conservative and the Labour Parties have suggested. A police officer murdered Sarah Everard. Prison guards ignored and laughed while Layleen Polanco died. Police officers murdered Breonna Taylor in her own bed. At least 40 percent of police officers in the U.S. are domestic abusers. This is where a big part of the problem of violence against women lies: in the police.

To help keep women safe, we need to abolish the police and overthrow the capitalist system they protect, not ban the most marginalized women from accessing spaces for women.