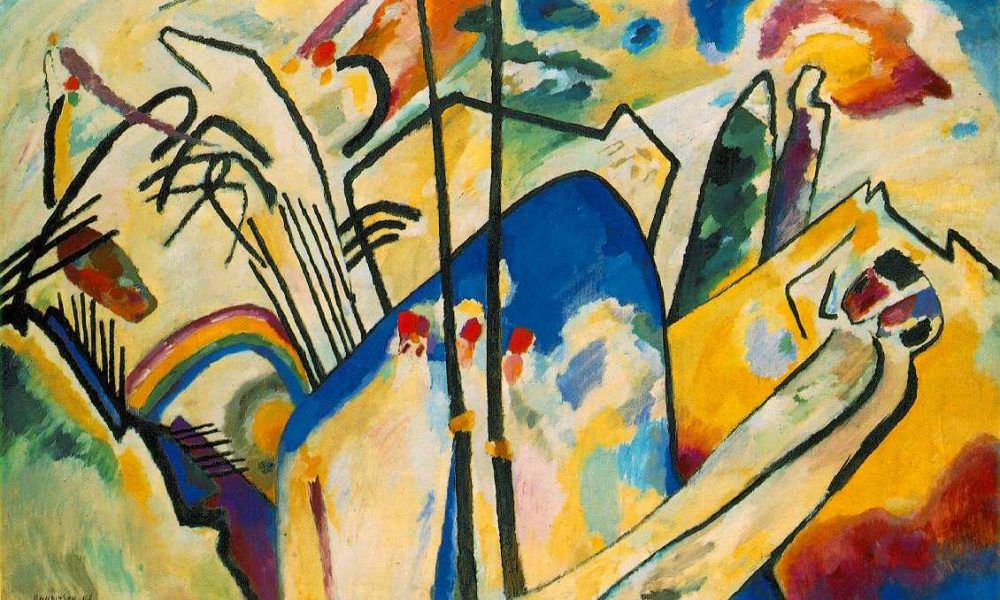 While it is true that ‘rupture’ is discussed both theoretically and philosophically, it is also a concept that is immanently practical. In other words, how we understand rupture will have a profound impact on our politics with respect not only to the ends towards which we strive, but also the means by which we achieve such ends.

Rupture is what it sounds like: a break. In more concrete terms, a rupture is a revolution. It marks a break from what preceded it. It marks the beginning of something new and a departure from the way things are. For the Left (broadly speaking), historically, questions of rupture and revolution have been of central importance. In order to further explore these themes, it will help to look at the works and thought of both Hegel and Marx.

In the preface to the Philosophy of Right, Hegel writes that “what is rational is real; and what is real is rational.” Another translation of that [in]famous passage uses ‘actual’ in place of ‘real.’ One could argue that in order to understand this statement, one needs to have read Hegel’s previous works. Moreover, it is not until we read the actual text of the Philosophy of Right that the meaning of this passage from the preface becomes clearer. Essentially, however, the meaning of the passage is simple; the world as it is, as it exists, is rational in its reality. In other words, society is rational as it is.

It is worth briefly unpacking Hegel’s statement. It is important to note that Hegel was not speaking in abstract terms; rather, he was specifically referring to the society in which he was living, that is, early 19th century Prussia. Hegel believed that all of [Western] history had been leading up to the French Revolution and, subsequently, Napoleon’s ascension to power. Much of Hegel’s work is dedicated to demonstrating how the movement of history developed and ultimately culminated in the political state i.e. the nation state (in the wake of the French Revolution).

In the Philosophy of Right, he sets out to describe how the family, civil society (i.e. the market economy), and the state ultimately represent the full development of the realization of human freedom. In other words, Hegel sets out to demonstrate how the relationship between the market economy and the state, which includes the system of private property based on contracts and law, is an example of a fully developed and ‘rational’ structure of society. It is in and through such a system that humans can and will realize their freedom. Ultimately, the aim of his work is to explain and justify the rationality of liberalism and capitalist social relations; when he writes that ‘what is rational is real/actual and what is real/actual is rational,’ he is essentially telling us that society, as it exists, is sufficient or fully developed; it is rational.

The basic and important takeaway from the philosophical [and political] conclusions that Hegel draws is that a further rupture, break, or revolution is not necessary. Since society, in its current iteration, as it actually exists, already provides the means by and through which we can realize our freedom, the very notion of an additional rupture (beyond that of the French Revolution) is misconceived.

It is worth briefly exploring a couple of examples in contemporary political philosophy which have been influenced by Hegel’s thought. One such line of thinking, embodied by the prominent political philosopher and critical theorist Axel Honneth, argues that while society may not be entirely rational in its actuality, it does provide the means by which we can realize such rationality. In other words, society as it currently exists i.e. the market economy, the state, and the myriad institutions which characterize our lives and world, contains the ‘promise of freedom.’[1]

Jim Vernon, a political philosopher and professor at York University, puts forth a similar interpretation of Hegel. He argues that we can only realize our freedom by reforming existing institutions and that doing so is ultimately “more emancipatory, and thus more political, than [a] fight for greater, but pragmatically un-winnable reforms.” [2]

In short, while both Honneth and Vernon seek to further develop and elaborate on Hegel’s thought, the conclusions they draw retain the same basic premise; that what is real/actual is essentially rational. Even if the world in which live isn’t perfect or entirely rational as it is, all we need to do is reform that which already exists in order to get there.

I argue that these conclusions are dangerous because they bind us to the way things are. Such reasoning glues us to what currently exists in such a way that we are prevented from realizing that which does not currently exist. Put differently, by accepting the world as it is, we close off the possibility of it being different, or other, than it currently is.

A number of questions emerge when we begin to reject or challenge the above conclusions. For example: What if the world as it exists is not ‘rational’? What if the market economy, the state, and private property do not represent the means by which we can realize our freedom? What if attempts to reform such a world and such institutions only lead to dead ends? What if it is only by breaking away from that which exists that we can move beyond the way things are? [3]

This is where the works and thought of Marx come in. In Marx’s early works, he explicitly set out to demonstrate the problematic nature of Hegel’s conclusions. Marx argued that Hegel’s claims that existing institutions (of private property, the market economy, the state, etc.) represented the embodiment or objectification of freedom, in reality only contained the appearance of freedom. Put differently, contracts, private property, the market economy, the state, and so on only create the illusion of rationality. This appearance, however, according to Marx, is only superficial; it only exists at a surface level. Beneath the surface, an entirely different picture emerges.

For example, how could the ‘democracy’ ushered in by the French Revolution be truly democratic if only a very small number of people privately owned the means of production? How could we speak of ‘equality’ or ‘democracy’ in the marketplace when the overwhelming majority of workers depended on a wage to survive, whereas those who owned the means of production did not? Whereas Hegel saw private property, the market, and the state as embodiments of human freedom, Marx pointed out that they only represented the appearance of freedom. In reality, they represented a system of coercion, domination, and alienation.

From his early works onwards, Marx sought to demonstrate that a rupture or revolution would be necessary in order to break away from the world as it existed. He observed that it would not be in and through the market and/or state that the world would be transformed; such attempts would ultimately only lead to defeat and a perpetuation of the status quo. The existing system, that of private property and ownership, of capitalist production and exchange, and the state, needed to be abolished. Only a definitive rupture could unbind people from the existing system and open the possibility of a new world. The working class was the revolutionary agent through which that break could be accomplished.

Returning to the question posed at the beginning of the article, we must ask: How is the idea of rupture relevant today? While a revolutionary rupture might not be around the corner, it is important to keep in mind what it is we are fighting for, as well as how we can achieve those goals. If our goal is to break away from the world as it exists, to fundamentally transform the system in which we live and create something new, a rupture will be necessary. Crucially, we will not realize such a rupture by simply reforming that which already exists today.

Let’s use the current-day United States as an example. We will not create the world we seek to realize by reforming the Electoral College or the Democratic Party. Neither will we do so by regulating the market or re-establishing the welfare state. This does not, however, imply that we should not fight for reforms; we should. Not only because workers deserve to live more comfortable and dignified lives today, but also because reforms will necessarily be a part of a revolutionary strategy. The key question, however, is what strategy will those reforms be the result of?

The central argument of this paper is that we will not fundamentally transform the world we live in by attempting to make reforms from within the existing structures of power; conversely, any lasting reforms will be the result of new, autonomous forms of power, constructed by and around the working class. They will be ushered in by creating new links between various unions, worker’s organizations, and social movements; by building power from the bottom up, in order to avoid being dependent on those already enmeshed in existing systems and structures of power. Accordingly, the reforms won by such means will be in the hands and under the democratic control of the people involved in the struggles which brought them about, rather than politicians and the state.

The means by which we seek to accomplish a revolutionary rupture cannot be separated from the end itself. Only the construction of autonomous working-class organizations will actually be capable of breaking away from the existing systems of oppression, dominance, and exploitation. It is only by breaking away from what is ‘real,’ ‘already-existing’ or ‘actual’ that we can free ourselves from the way things are and create something radically new. [4]

[1] For a good criticism of Honneth’s work and use of Hegel, see Adrian Wilding’s “The Problem with Normative Reconstruction.”

[2] See Vernon’s article: “Siding with Freedom: Towards a Prescriptive Hegelianism.”

3] The notion of rupture/revolution I employ in this paper draws significantly from the works and thought of both Richard Gunn and Adrian Wilding. They write about the notion of ‘contradiction’ with respect to the concepts of ‘recognition’ and revolution/rupture. See their [“Holloway, La Boetie, Hegel” for a discussion regarding contradiction and revolution. See also their “Recognition Contradicted.”

4] While this paper seeks to emphasize the break between the work and thought of Hegel and Marx, or emphasize the Right strand of Hegel’s thought, Gunn and Wilding have done significant work in an attempt to connect the Left strand of his thought with Marx’s body of work. They primarily do this through the use of the concept ‘recognition.’ See their [“Revolutionary or Less-Than-Revolutionary Recognition” and “Marx and Recognition.”