The Democratic Party’s embrace of war criminal Colin Powell shows once again that both parties are parties of imperialism. 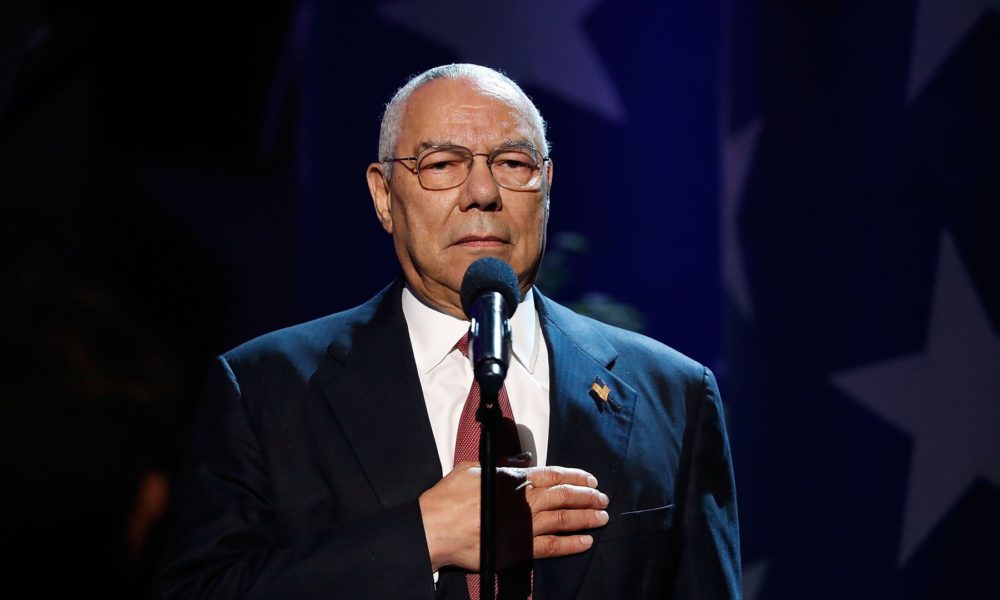 The 2020 DNC may have ended over two weeks ago, but its inanity and pantomiming still haunt U.S. politics. The mostly-remote dog-and-pony show coalesced around the image of the liberal establishment and its talking-head, Joe Biden, as the country’s white knight-in-waiting. Predictably enough, each day was chock-full of an elite mixture of politicians, celebrities, and celebrity-politicians customarily nodding approval to abstractions like inclusivity and equality, promising to rehabilitate “the soul” of the nation, and studiously occluding any discussion of programs that might actually better the lives of working people.

Now, such tone-deafness and gestural dreck should be expected of a political party that has flagrantly run ramshod over its less well-heeled constituency’s needs since the 1970’s, thereby sending many voters either rightward or altogether out of the two-party purview. In a morbid way,  it’s logical enough, if not inevitable, that a cadre of conservative chicken-hawks and pundits would eventually be invited to speak at the DNC.

This year, that moment arrived.

Of the right-wing stalwarts invited to this year’s mid-August convention (anti-abortion and anti-LGBTQ former presidential candidate John Kasich and Atlantic Council Board of Directors member Susan Molinari among them), perhaps none were so notable as George W. Bush cabinet member Colin Powell, whose speech on the second night landed just shy of the 3-minute mark and was book-ended by a moving anecdote highlighting how his immigrant heritage would eventually inspire him to become the sheepish war criminal he is today.

To some degree, Powell’s lofty messaging carried a refrain that would be echoed throughout the convention: Joe Biden will restore order, honor, and a farrago of other metaphysical American values to the White House. Unique to the former Secretary of State’s speech, however, was that he spent the bulk of his stage time filtering this shop-worn liberal bromide through a foreign policy lens. Indeed, Powell seemed less invested in Biden’s prowess as a domestic president than as an international commander-in-chief, hailing Biden as a leader “we will all be proud salute,” who will “support our troops,” “stand with our friends, and up to our enemies,” address “climate change and nuclear proliferation,” and in a Russiagate-tinged sleight to the incumbent, “trust our diplomats and our intelligence community, not the flattery of dictators and despots.”

Notwithstanding the obvious fact that we probably shouldn’t trust Colin Powell when he waxes poetic about the scruples of U.S. state intelligence (his alibi for the Iraq war is that former CIA director George Tenet lied to him) or the dangers of nuclear weaponry, his characterization of Biden, a man that has gloated time and again about the size and breadth of his foreign policy portfolio, checks out.

A particularly telling moment in the speech came as follows:

I support Joe Biden because on Day One he will restore America’s leadership and our moral authority. He’ll be a president who knows America is strongest when, as he has said, “We lead both by the power of our example and the example of our power.”

As if it couldn’t be spelled out any more clearly, Powell is admitting that Biden will be more willfully and effectively hawkish than Trump. You need not look beyond Biden’s relatively recent remarks slamming Trump for being soft on Russia and Venezuela to corroborate this claim. But Biden’s hits on his opponent are just the tip of the iceberg. From taking a consistent hardline approach to military and economic interventions in the Global South, to displaying a fawning, weak-in-the-knees response at the opportunity to sell a disastrous Iraq occupation to the American public, Joe Biden thoroughly embodies a part of what Donald Trump has–wittingly or unwittingly–disrupted during his 4 years in office, what Beltway traditionalists on either side of the aisle are, with an almost libidinal urge, champing at the bit to reprise: a stable military state, a dependable “example of power.”

Right now, it’s rather safe to say that both the power of a U.S. example and the example of U.S. power have seen better days. Soft power (power derived from abstract resources, such as culture or values, characterized by its ability to attract and seduce) and hard power (power derived from force, such as military threats or economic barriers, characterized by its ability to pressure and coerce) are, after all, codependent concepts, so when Trump came along and ham-fisted his response to the most economically and socially damning pandemic in modern history, then doubled-down on his support of our racist policing system, the ideological disruptions in tow could only ripple out against what they are supported by and supporting – a state-owned monopoly on violent conflict resolution.

Louis Althusser theorized how any successful hegemonic sovereignty must strike a balance between state ideological and repressive apparatuses, between passive and active forms of dominion. He suggested that any state forced to rely too heavily upon one or the other for too long a period will become submerged in unmanageable crises and eventual insolvency.

Good arguments could be made that we’ve arrived at this critical juncture of misproportion, or that at least we’re seeing its beginning. Historical processes are, of course, long, arduous, and admittedly difficult to examine at their onset, so what a post-Covid globe looks like is anyone’s guess. Still, by Powell placing so much emphasis on Biden’s record as a reliable imperialist who can at once ensure domestic reconciliation, it’s reasonable to assume that the Beltway Blob has sensed the same.

After all, Trump’s foreign policy has been colored by erratic and unhinged decisions that leave even his allies uneasy, and his recent national directives and endorsements have effectively destabilized the country’s reputation to the point where just about every center-lane politician in DC is on edge, wondering whether our “moral authority” has indeed runs its course, frantically searching the crumbling labyrinth they helped create for a safe way out.

As Powell–one of the architects of arguably the most pernicious foreign policy decision of this century–pointed out last week to a digital room full of Democratic operatives, Biden is that way out: a harbinger of the good old days when U.S. global hegemony was supposedly honorable, a force for good, a reason to be united. At the very least, Biden would make our foreign meddling look professional.

Ironically, in this one instance, why shouldn’t we believe him?