As the news spread that the Supreme Court is poised to overturn Roe v. Wade, hundreds mobilized to capitol hill late in the evening and early morning. This is how we defend abortion rights: by organizing in the streets to demand free, safe abortion, on demand. Join Left Voice today at 5pm at Foley Square, NYC. 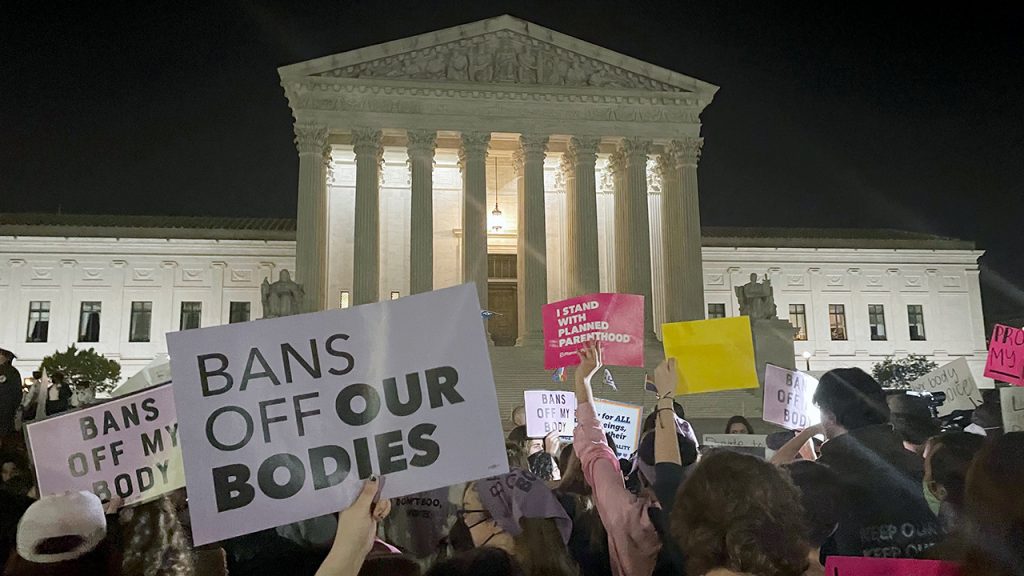 On Monday evening Politico dropped a bombshell. A leaked document showed that Justice Samuel Alito had drafted an opinion overturning Roe v. Wade, with a 5 to 3 majority vote supporting the decision. Almost immediately, people started to gather at the gates of Supreme Court building in washington, D.C. to reject the prospect of abortion becoming illegal in large parts of the country. At least half of U.S. states have so-called “trigger bans,” in which abortion becomes severely restricted as soon as Roe v. Wade is repealed.

Faces looked grim and the mood was gloomy as some people lit a long line of candles in front of the steps to express their disappointment with the decision that will put lives in danger, primarily the lives of poor and Black and Brown people, across the country.

But there was also anger and a will to fight back. People chanted mainly against Justice Alito, a just reaction, but one that fails to see the bigger picture — it’s not the responsibility of a single person but of an undemocratic institution with nine unelected justices. And ultimately, the blame lies with the people that should have codified abortion access into law a long time ago.

As the night advanced, some anti-abortion supporters also showed up and a much bigger crowd confronted them until they left, showing that the only effective way stop right-wing attacks is through organizing.

This initial response will continue today with a bigger march called at 5 p.m. by the Women’s March in D.C. and elsewhere. The march is a necessary response, but one can only wonder where the Women’s March has been all this time.

This organization is deeply connected to the Democrats, who time and time again have refused to enshrine the fundamental right to abortion into law, even when they had a majority in both chambers of Congress. Instead, they have funneled the energy of the streets to the ballot box, and people are still waiting for their promises to come true. Spoiler alert: don’t hold your breath.

As we argued last year, Argentina and Ireland have recently won abortion rights, but that was through combative actions and mass mobilizations in the streets. In both cases, the movement for abortion rights started as an independent movement from the political establishment. Bourgeois politicians were forced to change their stance on abortion because of the massive scale of the movement, nicknamed “the green tide” in Argentina.

We can and should fight not only to defend Roe v. Wade but to win free, safe, and legal abortion everywhere. We can’t trust the same politicians that have systematically denied this right to millions, nor can we put our hopes in the same strategies that have failed time and again. We should draw our strength from independent organizing.