‘The real threat to Americans today are bigots’

Attacks on Muslims have escalated after the Paris attacks and the San Bernardino shootings, raising the need to fight Islamophobia. Here, Left Voice re-publishes a statement put out by San Bernardino socialists soon after the shootings. 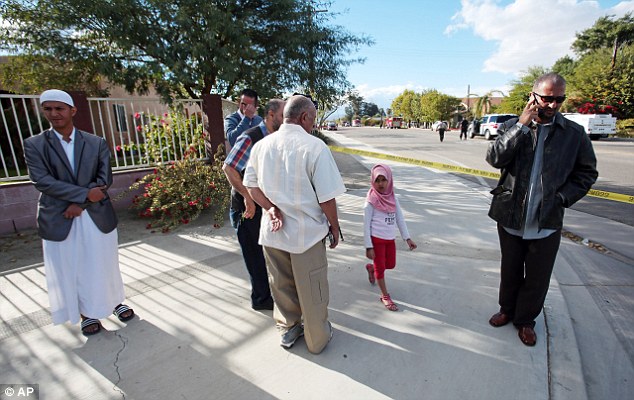 We would like to send out our condolences to all the families that have been affected by the recent slaughter at the Inland Regional Center.

But as we grief, are we any closer to the answers? Such tragedies are political in origin and consequence. Mainstream pundits and politicians would like for us to narrow discussion to either gun control laws or abolishing Islamism but both are still committed to war, fear, and repression-the same policies that gave rise to ISIS. Some say now is the time to be silent. Silence is political and here is our thesis.

We can not condemn the recent butchery at the Inland Regional Center without condemning the racist fall out towards Muslims. Americans are still one-thousand times more likely to be killed by far-right extremists and trigger-happy cops than by Islamic radicals. The real threat to Americans today are bigots like Robert Dear, who killed three unarmed people at an abortion clinic. The Darren Wilson’s, Dylann Roof’s and George Zimmerman’s of the world are who Americans have to look out for!

Muslim lives matter. We can not condemn the recent murders without condemning systemic poverty perpetuated by the for-profit capitalist society. Everyday, people go without health care and medication to treat cancer and other life threatening diseases. People who suffer from mental illness are either thrown into the streets or into prisons. Poverty is Americas largest killer.

We can not condemn the recent slaughter at the Inland Regional Center without condemning the violence of American imperialism. The United States is the largest arms dealer and manufacturer in the world. The United States continues to arm, train, and prop up terrorists and dictatorships around the globe.

The US is responsible for creating the conditions in the Middle East out of which Islamic extremism thrives. The solution to the symptom is to not aid the disease. The U.S. bombed Al-Qaida and looked what followed them. Do we want to be grieving in 2028? As Martin Luther King Jr said, “The largest purveyor of violence in the world today is the United States government.”

We say no to racist fear! Muslims are welcome here! The only answer to the violence of Islamic or far right extremism is political combat by those who offer a better vision of emancipation.

The violence of San Bernardino is not a mystery. The violence is a product of the most violent society known to humanity. If we want to end the kind of barbarism that was visited on San Bernardino, we can start by slashing the military budget, providing health care to all people and equally distributing the wealth in our society.Whether the violence is coming from far-right or Islamic extremists does not matter. They are the flip sides of the same capitalist coin. Their violence is inherent within this capitalist system.

Gun-reform laws are not enough. If we want to live in a society that embraces life, then we must turn this fucked up society on its head. We need to flip the script. We need a socialist society-a society that puts the needs of the many above the profits for the few.