The Reality of the Drone War

The Intercept has published an in-depth report alongside the release of a number of leaked classified documents on the United States’ drone based assassination program. Much of it provides clear evidence for what critics have long maintained; 90 percent of deaths in a 2013 Afghan operation were not the intended targets, the effectiveness of targeted assassinations is questionable and the program uses a broad definition of enemy combatants which extends to anyone that they can’t prove is not a “military age male.” The documents also help to reveal the persistent challenges which US imperialism faces and its inability to secure a real victory in the occupation of Afghanistan. 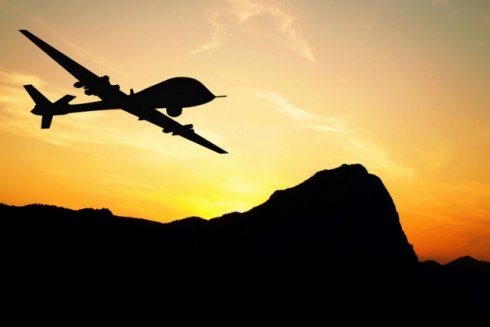 A Strategy of Assassination

The expansion of the drone-based assassination program has been one of the hallmarks of the Obama presidency and a central component of the strategy of the US occupation under the administration. It in many ways represents a continuation and expansion of the overall direction set for the Department of Defense under Bush’s Secretary of Defense Donald Rumsfeld. The United States will focus on a lean, highly professional, technologically advanced and mobile defense force with reduced manpower needs and minimized risks of US casualties (and the domestic political consequences of casualties).

Where it differs from the Bush strategy is in its focus on direct assassination as opposed to capture and interrogation (which was often led by or outsourced to local allies). As part of the renovation of the US’s global image that Obama has led, there has been a necessary shift away from this tactic and the controversy which came with the so-called “black sites.” While Obama has reneged on his election promise to close Guantanamo Bay, there has been a recognition that the international political fallout of the Bush administration’s global network of disappearances and torture has been disastrous.

Strategically, the US program of torture was effective primarily in eliciting false evidence to be used for domestic political consumption — this worked in the years following 9/11. However, as fatigue from constant “terror alerts” set in and opposition to US policies in the Middle East grew more widespread, the elicitation of terror threats were no longer as effective. The scandals surrounding the release of photos at Abu Ghraib and indefinite detention at Guantanamo Bay created a serious challenge to the global legitimacy of US imperialism

The two nobel peace prizes awarded to Obama demonstrate the magnitude of his success in restoring the image of the US global empire; although drone and airstrikes have continued to provoke criticism from some human rights organizations, Obama´s imperialistic initiatives have had no difficulty securing the backing of strategic allies and the acquiescence of most states and international organizations.

As useful as the hard numbers on unintended casualties is what the documents reveal about the methods, techniques and motivations at work with the Drone program. One of the leaked documents quotes a detainee on the impact of the program:

“Hands down the scariest/most intimidating message for the Taliban, at any level, from fighter to Taliban senior leadership, is anything to do with drones or aerial bombing. The Taliban has no way to defend against them and they are certain to end in absolute destruction of whatever their target is.”

Regardless of the program’s practical efficiency in assassinating the intended targets, its great advantage to US officials is the terror that it causes among those resisting the US occupation in Afghanistan. The occupation is able to project its killing power anywhere in the region without any risk to US personnel or resources. Substantial risks of unintended civilian casualties are unimportant for the Department of Defense; certainly not a major political issue for the ruling party in the United States.

The documents detail the procedures to authorize the assassinations. Information on a target is put together on a “baseball card” highlighting their location, activity, and connections to other targets. The information is then passed up the chain of command to receive approval by military and civilian officials until it is passed on to the President for final approval. At this point, a sixty-day window is created to assassinate the target at the first available opportunity.

The actual execution of the strike is highly dependent on geolocation information garnered from cell phone signals — something which would be likely to produce an enormous margin of error given that even low level drug gangs easily learn the importance of rapidly switching, discarding and replacing cell phones and sim cards.

The Impasse of American Imperialism

The leaked documents also reveal that as much as military officials love the drone program, it has been widely ineffective in achieving US goals. The analysis of Operation Haymaker, the campaign in North-Eastern Afghanistan which a section of the leaked documents focus on, show that in all major goals the program had only achieved “marginal disruption.” The American occupation finds itself in the familiar trap of beheading the hydra again and again only to find new heads rising up to replace the old. Of course, none of the documents try to draw a link between the substantial civilian casualties and the ability of the Afghan resistance to quickly and easily recruit replacements.

Beyond US operations in Afghanistan the documents reveal the most about the US intervention in Yemen and the growing US military presence across North Africa. A string of military bases around the region allow the United States to carry out surveillance and strike missions, though with considerably less accuracy than the military elites would like. The “Tyranny of Distance” is used to describe the substantial operational limits the program faces compared to Afghanistan. Intelligence is harder to come by and there is a fear of being sometimes manipulated by local elites with false info aimed at removing political opponents.

The aim of the internal reports is doubtlessly to lobby for the further expansion of the US military presence in the region so as to better reinforce the surveillance and strike capacity of US forces. The US military has been expanding its presence in Africa and the documents point towards a perceived need to increase the military’s capacity to launch drone strikes throughout the region. Suggestions are made for the development of drone models better able to handle long distance operations and provide more accurate surveillance.

The documents as whole confirm what anti-war activists have long been saying: there have been tremendous numbers of civilian casualties of drone strikes and the Department of Defense’s definition of enemy combatants is broad enough to include almost anyone. Given that every presidential candidate (including Bernie Sanders) has endorsed the drone program it is unlikely that this will receive any coverage in the corporate media or be raised as a political issue.

While it won’t have an immediate impact, the insights the documents provide into the direction of and challenges facing the US empire are important. The turn of the United States towards a legally sanctioned assassination program has marked an important step in the growing concentration of presidential power. However, despite appearances to the contrary, the drones are far from omniscient; nor are they invincible. Even an extensive deployment of Drones as in the operation in Afghanistan covered in the documents has only been able to achieve marginal success. The United States remains unable to resolve its military adventures in Afghanistan and Iraq in a way which secures an acceptable outcome for US ruling class interests.