Javo Ferreira, a leader of the LOR-CI and editor for La Izquierda Diario, Bolivia, discusses the results of Bolivia’s anxiously anticipated presidential election and how the political situation has changed with the defeat of the coup government and the victory of the MAS.
Share on facebook
Share on twitter
Share on email

Bolivia just held its first election since the right-wing government of Jeannine Áñez seized power from Evo Morales in a coup d’état in 2019. Much uncertainty surrounded the presidential election as the coup government repeatedly postponed it under the pretext of the pandemic while also equipping the armed forces with weapons to prevent unrest before and after the vote. In a stunning turn of events, on October 18 the candidate of Evo Morales’ Movement for Socialism (MAS) party won the first round of elections by a landslide. Though the final results are still pending, the Bolivian press and even Jeannine Áñez herself have conceded victory to Luis Arce Catacora, the MAS candidate. The results of this election will reverberate across the region, and represent a blow to right-wing governments across South America and their supporters in the United States.

How will this election affect the working class and oppressed in Bolivia, who have been hit the hardest not only by the pandemic and the ensuing economic crisis, but years of cuts and austerity before it? La Izquierda Diario sits down with Javo Ferreira, a leader of the Revolutionary Workers League–Fourth International (LORCI) and editor for La Izquierda Diario, Bolivia, to discuss a first reaction to the election results and how the MAS has already promised to continue many of the same reactionary policies of the coup government in the name of peace.

LID: What was election day like, and what do the results reflect about the political situation?

JF: On the surface the day was very quiet, but underneath it was loaded with tension and anticipation. We have to remember that ahead of the election there were threats by the [coup] government to militarize — in fact they did militarize — to “guard” the polls. This year’s elections were the most carefully observed national elections in our history, with hundreds of international observers.

You may be interested in: Fear and Uncertainty as Bolivians Take to the Polls in First Election since U.S. Sponsored Coup

These elections took place in the wake of last year’s coup d’état which brought Jeanine Áñez to power and resulted in three massacres, hundreds of arrests, and the imprisonment of hundreds of political prisoners. Obviously yesterday’s elections were loaded with tension. But that tension only increased overnight as we waited to hear the results. The final tally finally came in at around 1:30 in the morning when the official press — the press of the coup government — was forced to announce the results of the election. Hours later the rest of the national media and even President Jeanine Áñez had to recognize the overwhelming victory of Luís Arce Catacora of the Movement for Socialism (MAS). Arce Catacora won 52.4 percent of the vote. It’s clear that the 11 months of the coup government’s rule — with its disastrous mismanagement of the pandemic, the economic collapse that has so far resulted in thousands or even hundreds of thousands of layoffs, and the increased impoverishment of the rural population — has contributed not only to the MAS’s recent victory, but to establishing a new political situation in Bolivia and the region. The results of this election will change the balance of power in the region. Brazil has evidently suffered a defeat in this election since [Bolsonaro’s ultra right-wing government] was an active participant in the organization and preparation of last year’s coup d’état.

This new context has opened an interesting political situation in which the mass movement that has been protesting against the coup government will now have the opportunity to complete this political experience with a new MAS government in conditions completely different from those of the previous 14 years of governance by the MAS under Evo Morales.

You may be interested in: Repression and Radicalization on the Rise in Bolivia

LID: Will there be another round of elections, or are the results of yesterday’s vote decisive?

JF: By all reports this first round is decisive. We are talking about a 20 point difference between the MAS candidate and Carlos Mesa [the right-wing runner up]. This makes it very difficult to justify a second round of elections. It is a particularity of the Bolivian electoral system that the last votes to be counted are those from the rural areas. But this is precisely the area where Evo Morales obtained really great results when he was elected — around 60 to 70 percent. The results that we have right now are only provisional, but only 52 percent of the votes have been counted and these have come primarily from urban areas. Therefore, as the votes continue to come in from the rural areas, Arce Catacora’s lead is only likely to grow.

You may be interested in: The MAS Victory: An Initial Assessment by Bolivian Socialists

LID: Taking into account that the results won’t be official until tomorrow, what do you think the political situation will look like in the country after the elections?

JF: In the first place, for the popular sectors that had illusions in the MAS to stop the coup d’état offensive, they will consider this election an important victory and evidently they will have renewed illusions in the MAS to get the masses out of this tremendous economic crisis. On the other hand, the situation has now changed because the military and the strongest repressive apparatuses of the coup d’état, such as the police and armed forces, have been badly beaten and cornered. This also coincides with the retreat of right-wing support and the imperialist offensive that Donald Trump led last year. With the Black Lives Matter movement and class struggle in the U.S. and internationally, international support for the far right-wing coup d’état government has been badly damaged.

You may be interested in: Trump Declares Support for Coup in Bolivia

The political situation is changing now that the coup government has been voted out. Already discussion is opening about how to free the political prisoners who were imprisoned under Áñez’s rule, and to end the political persecution that the coup regime carried out over the last year. Obviously the election has opened a space that is a little more democratic than we’ve seen in recent months. It is difficult to see in this context how the Right will launch a counteroffensive to contest the electoral results.

LID: Correct me if I’m wrong, but I think that the situation will also vary regionally. Won’t the polarization of recent years remain in certain areas where machismo is strong and the Right has more influence?

JF: It’s not yet clear, but evidently there is regional division. However, the MAS had an important space in these areas, and I imagine that, if we review the results, that space will remain in areas like Santa Cruz, within the popular, indigenous, and peasant neighborhoods. Bolivia’s regionalism is chronic and will continue but it must be said that yesterday’s election results dealt this polarization an important blow. That is, if the results are confirmed in the next few days, the MAS will have a strong base in parliament. Although the right wing also has an important base, it cannot alter the power that the MAS will take on in the coming months. So, in that sense, this regionalism is going to be present, but for the moment, the right remains “squashed,” if you will, because an important change has occurred.

On a geopolitical scale, the hardest hit is Brazil and the armed forces. Meanwhile, the government of Alberto Fernández of Argentina will benefit from the result of the elections after it supported Evo Morales without hesitation as he fled the coup d’état last year. In this context, there will be a realignment of forces on a regional scale. But it is also possible that there will be increased class struggle, encouraged not only by the crisis but also by certain expectations in the incoming government.

You may be interested in: Against the Coup in Bolivia, the Working Class Will Find a Way Out of the Crisis

LID: While in power, Áñez’s government has taken reactionary measures and advanced the interests of the wealthiest sectors of the economy. Now that the MAS is once again in control of the presidency, is there a possibility that these measures will be reversed?

JF: I don’t think that these measures will be reversed. In fact, many of the measures that were taken by Áñez were already established when the MAS was in power, an entire policy of extending the agricultural frontier, etc. So I don’t think that these measures will be reversed. Indeed, Arce Catacora said in a hasty press conference early yesterday morning and several MAS leaders have said in press statements that the MAS will do everything it can to “avoid revenge” by the right wing. It clearly states that its goal of governing for “all Bolivians” includes a social pact and national unity with business and agribusiness.

My impression in general terms is that the measures implemented by the coup government will not be revoked. Perhaps some will, but not those that have strengthened the alliance between sectors of agribusiness and the multinational bourgeoisie. On the contrary, what is coming is a social pact, a pact of national unity, which will align with the ruling classes on the modalities of the economic adjustment that is going to be implemented as a result of the enormous crisis that Bolivia is going through. We are talking about a very deep crisis, in which Bolivia is behind Peru and Argentina. In this context, the government of Arce Catacora will no longer have the economic advantages of high prices that characterized the past decade, but rather it will have to face a very difficult economic situation. The MAS will become the executors of austerity sooner rather than later.

This interview originally appeared in Spanish on October 19 in La Izquierda Diario. 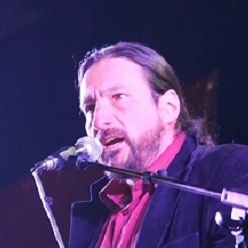 Javo is a leading member of the Revolutionary Workers League — Fourth International (LOR-CI) and an editor of our sister site La Izquierda Diario Bolivia. He is author of the book Comunidad, indigenismo y marxismo (Community, Indigenism, and Marxism).