On October 5, the Workers Left Front—Unity (FIT-U) in Argentina will hold a rally in Buenos Aires. Thousands of people are expected to fill one of the widest avenues in the world. There will be simultaneous rallies in cities across the country. 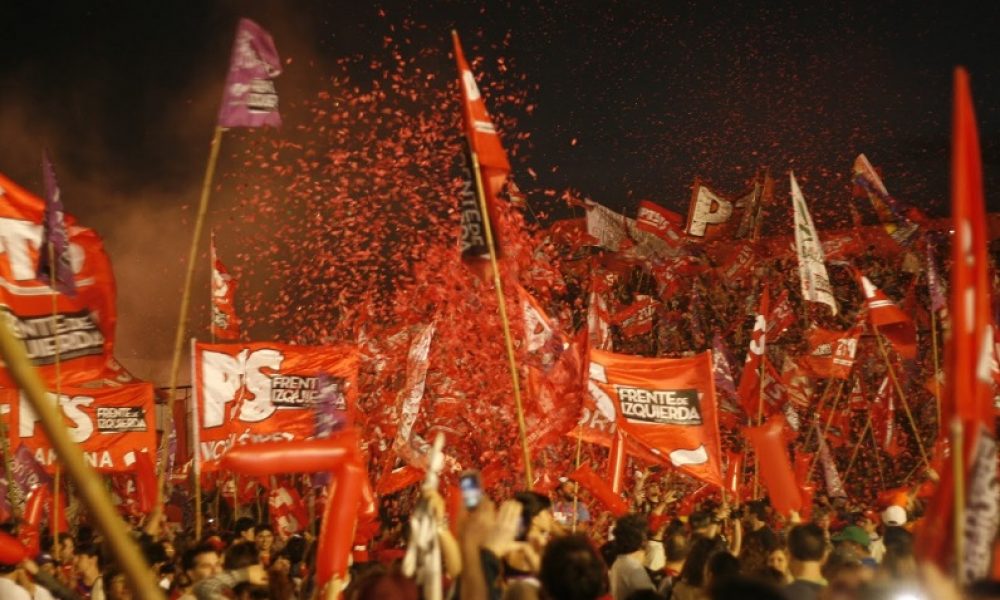 The 9 de Julio, the central avenue going through Buenos Aires, is 18 lanes wide, making it the widest street in the world. The center is occupied by the Obelisco, a giant monument.

This Saturday at 3 PM local time, thousands of socialists will fill the street. The revolutionary socialist left in Argentina is organizing a mass rally for its election campaign. National elections will take place on October 27.

The Workers Left Front—Unity (Frente de Izquierdas—Unidad, FIT-U) is a coalition of four socialist parties: the PTS, the PO, the IS, and the MST. In the primary elections on August 11, the FIT-U received 700,000 votes. The last such rally organized by the left, in November 2016, attracted 20,000 people to the Atlanta soccer stadium.

In these primaries, the right-wing government of Mauricio Macri suffered a crushing defeat. His hated “government of CEOs” will only stay in power until December. But the IMF, which controls the country’s finances, will remain.

The election results plunged the country into a crisis, with the currency losing almost 30% of its value, a massive attack on the living standards of working people. The center-left coalition of Alberto Fernández and former president Cristina de Kirchner, which won just under 50% of the votes in the primaries and will almost certainly win the general election, has promised improvements. But they are telling working people that they must wait.

Millions of women who went onto the streets for the right to an abortion are being told to wait. Workers, especially unemployed workers, who want to fight back against the attacks, are being held back by the trade union bureaucracy. Fernández and Kirchner have already declared they will respect Argentina’s agreements with the IMF and the foreign debt. In the southern province of Chubut, their allies are brutally repressing striking teachers.

The left rally on Saturday will give a voice to all the young people, workers, women, and LGBTQ+ who don’t want to wait. The FIT-U is the only force fighting for the political independence of the working class. It is radically different than other “new left” phenomena in the world today, such as Syriza and Podemos, because it does not aspire to join a coalition government with bourgeois parties. The FIT-U fights for a workers’ government.

Our sister site in Argentina, La Izquierda Diario, will be covering the rally live.