This article was originally published in Spanish on La Izquierda Diario

Michel Husson also exposes this correlation between increased productivity and investment in fixed capital, computer hardware and software. He points out that investment and productivity in the US rose together during the period between 1995-2002 in comparison with the period between 1975-1995. Both parameters subsequently decrease again and take a particularly downward trend after the outbreak of the crisis in 2007-2008.

An article published by The New York Times explains that net non-residential productive investment was below 2% of GDP in 2012. This means that after three years of economic recovery, investment represented less than half of its average level (4%) in the long period between the Second World War and the year 2000. Husson shows that this situation remains largely unchanged at least until 2014. At the same time, the increase in labour productivity, as was noted in Part I of these series, has weakened as it followed the slowdown in investment and performed well below the average of the years 1972-1996.

As a digression, let me point out that the analysis of the evolution of productivity in in the US is highly indicative. The reason is, and despite the weak growth and according to Conference Board, due to the hourly production remaining amongst the highest in the world. The figure stands at about a 25 per cent above the average of other developed economies, which also exhibited a declining growth in labour productivity during the last years.

The correlation between productivity and investment is, either explicitly or implicitly, more or less accepted by different currents of economic thought from various religions. However, this sort of convergence stops, as it is quite predictable, when it comes to analysing the causes behind the weakness in investment.

How can we explain the lack of investment?

This is not a simple question to answer. Nevertheless an approach that could help us think about the problem is through new technologies and their evolution. Or at least we worked towards a clue that leads us in the direction of a more “dialectical” understanding, away from the dichotomy that separates the “techno-optimists” from the “pessimists”.

Lawrence Summer, a voice from the mainstream, attempts to explain the problem of investment based on the progressive decrease in the price of goods associated with computer technology. He argues that the cost of such goods declines sharply while representing a growing share of capital investment. So that even a growing share of “use values” invested in that sector, could be compatible with a general slowdown of investment considered in monetary and percentage terms relative to GDP. Summers’s argument is meritorious.

In the previously mentioned NYT’s article it’s noted that due to improvements in computer power, the digital “cloud”, sensors and new software tools to recover and to analyse large sets of computer data, investment in information processing came close to doubling in dollar terms from its level a decade ago. If the growing trend in this area is compared to the declining trend of investment as a whole, it is logical to infer that the assets associated with computer technology tend to occupy a larger share of new capital. Even this growing investment may well be hiding a wider adoption of use values than the one expressed in terms of monetary or exchange value. But between the identification of a real movement, its magnitude and its effects in qualitative terms, there is a long way. A phenomenon has for several years seemed to express marginal results in terms of its contribution to overall productivity.

As Gordon points out, productivity growth since 2004 returned to the slumping average levels of the period between 1972-1996, even though there was a continuity of innovation. Worse, it further decelerated after the 2008 financial crisis. This means that productivity has had a declining growth for more than a decade, despite incessant technical advances. Based on data from the Conference Board, the hourly productivity grew by only 1.24% per year in the United States when considering the last 12 years. If the effect of increased investment on productivity may have lagged a few years during the 1990s, the decline has taken too long as to imagine that from Summers’s arguments can be deduced a new reversal of the Solow’s paradox.

In the relationship between investment and productivity, Robert Gordon places the emphasis on diminishing returns and the little additional benefit that would generate new technologies. Gordon notes that “The evidence accumulated quarterly reinforce my view that the most important contributions to the productivity from the digital revolution were in the past, and not in the future. The reason why companies are spending their money on share buybacks rather than investing in plants and equipment is that the current wave of innovation is not producing enough important novelties to obtain the required rate of benefit. “

Gordon displays through multiple elaborations, an oscillation between two different explanations. From one perspective he presents the fact that technological advances in recent decades are beyond their extraordinary virtues. That these are incomparable in their revolutionary potential with those of the late nineteenth century fully extended to the whole economy during the last years of the 1930s and World War Two.However, in other opportunities, such as we mention in a previous article, Gordon’s pessimism emphasizes low productivity in the last decade and particularly in the “headwinds” plaguing the economy.

From a Marxist perspective, authors like Roberts emphasize a prolonged decline in the rate of profit. Roberts opines that the low investment growth and therefore productivity it’s associated with is the “global profit rate” (not only the profit rate of G7’s economies) and has ceased growing in the late 1990s and has not been recovered, despite massive global potential working force.

Michel Husson shares the appreciation that innovations need investment that must meet high profitability but his position tends to lie on the problem of the realization of profit. Husson argues that “Until mid-1980s, slowing productivity translates into a downward trend in the profit rate. Then, during neoliberalism, capitalism was able to re-establish the profit rate, despite the slowdown in productivity growth. But that process was based on an increase in the rate of exploitation and through the setting up of the devices that have led to the crisis.” He added that while automated robotics can generate increases in industrial productivity and part of the services “Automation aggravates a fundamental issue: the realization of profit. Indeed, markets must exist and here we return to stumble upon the fundamental contradiction of automation: who will buy the goods produced by robots?”

Rolando Astarita, an Argentine Marxist, seems to share a position closer to Husson. Referring to the years of recovery in the US, post 2008 crisis, he points out that what is striking is that investment has remained weak “despite low interest rates, the recovery of profits and the profit rate”. In his opinion “it seems that what is happening is what Baily Bosworth (2013) noted: profitability has been high but the expected profitability of new capital increases (new investment) looks weak. Because in many sectors demand prospects are unclear”.

In our opinion, maybe it’s about looking for one of the keys to the problem precisely in the opposition between “profitability” and “expected return” of new investment, for the reasons set forth below.

It is almost impossible to avoid associating the idea of weakness in the “profit return” over the new investment to a very graphic phrase of Summers. The promoter of the thesis of secular stagnation recognized recently – not without some nostalgia and concern – that particularly China and the emerging markets in general, had been “substantial recipients of capital from developed countries that have not been invested productively at home.”

Without pretending to solve something complex in a still inconclusive debate on the evolution of the profit rate, we consider that the opposition between restored profitability. – at least one significant part – of invested capital and a low expected return on new investments, could be a clue to investigate the dilemma of economic expansion (capitalist) in our time: weak investment associated to a fragile productivity. But in our opinion the weakness in expected return on new investments can’t be explained only by the narrowness of consumption or difficulties in the realization but the scarcity of “space” or new branches for productive investment in terms of surplus value. This phenomenon is associated with excess of accumulated capital particularly in middle income countries. Although this issue also affects China, it is not by chance that the strong increase in export of capital in recent years, heaping these middle income countries.

If we go through the different times of growth and decline in investment in the United States, and in productivity, suggestive relationships can be identified. For example, the investment boom in the 1990s coincides with the increase in the rate of exploitation which according to Husson is derived from the neoliberal offensive. Increases in labour exploitation had its counterpart in the rise of profitability and investment which is then expressed in the aforementioned productivity boom. The investment limit for those years may have been associated, as Husson suggests, to a depletion of profitability resulting from an increase of the organic composition of capital linked to the cost of investments in new technologies. However the decline in investment (and productivity) in the US during the decade of the 2000s coincides with China’s entry to World Trade Organisation and the powerful process of relocation of investment from the US to the Asiatic giant. China was a destination that combined a “virgin” ground for capital investment and low wages.

Overall, the period of the 1990s and 2000s is closely associated with advantages for investment capital. These advantages are determined not only in terms of increased surplus value also but also in terms of conquest of new areas for accumulation. Besides the great development of credit in the US during the first decade of the millennium, this has operated as a guaranteed mechanism for the realization of such benefit or otherwise, for mass consumption. What, in the article “Estancamiento secular, fundamentos y dinámica de la crisis” we call “successful bubbles” corresponds to what for the decades the mainstream has called the “Great Moderation”. This has its counterpart either in increasing investment in the United States or relocations and increased investment (and productivity), particularly in China, along with the creation of new mechanisms for the realization of profit.

In contrast to recent years, the post-2008 crisis period could be baptized as the Great Depression. If the expansion of capital into China and the “emerging” continued on a large scale, that was based on what could be defined as a “successful bubble” in China generated in parallel to the process of over accumulation of capital in its field. Concomitantly and as a phenomenon derived from the enormous debt of the previous decade, consumer credit policy lost power to the counterbalancing mechanism of wage contraction and increasing inequality in income distribution.

Finally, the newest conditions of the current situation we express in various articles of this column as “Recesión global: ¿segunda temporada?” make inevitable that capital will need new and sufficiently abundant new sources of cheap labour force and new spaces for accumulation. This leads us to the problem of “creative destruction”- closely linked to the issue of investment and productivity-which will be deliver in the next and third instalment. 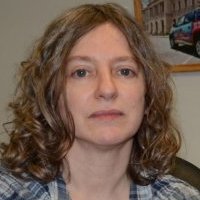