The Ruling Class Doesn’t Care if You Go Hungry

President Trump has proposed changes to the federal food stamp program that will leave hundreds of thousands of people desperate and hungry. Unfortunately such cuts are nothing new. In fact, Democrats and Republicans have consistently cut investment in food stamps and welfare for decades. 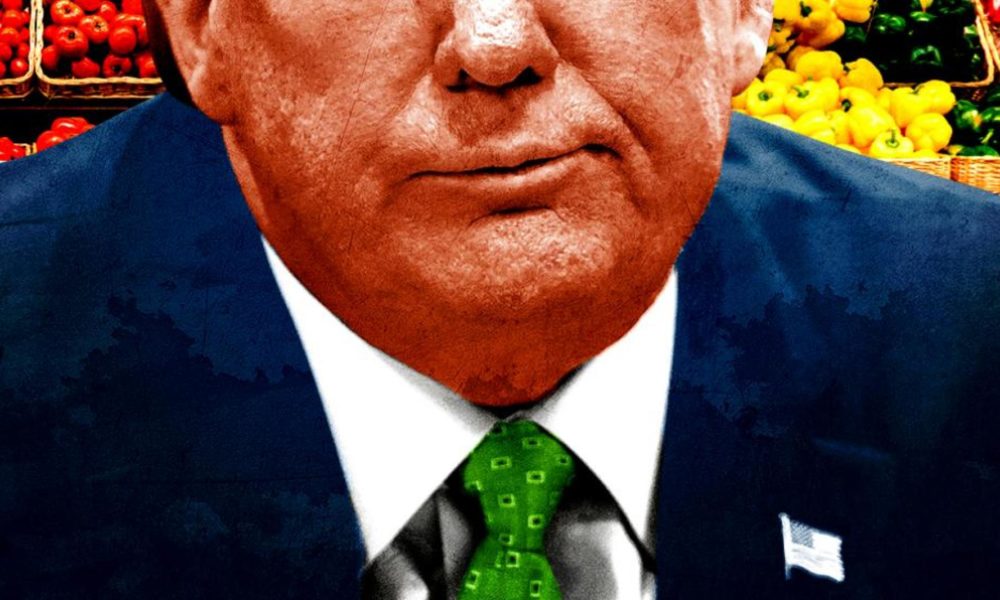 On Wednesday, December 4, the Trump administration announced changes to the eligibility requirements for the Supplemental Nutrition Assistance Program, (SNAP), also known as food stamps, that will likely cut benefits for as many as 700,000 recipients. The changes, which will go into effect in April, will tighten state-regulated work requirements for the more than three million men between the ages of 15 and 49 who currently receive benefits. This is estimated to reduce SNAP expenditures by an additional $5B over the next five years. These new requirements, which follow last year’s historic tax breaks, will leave many of the most vulnerable and impoverished individuals in the country without even a basic level of subsistence. Meanwhile major corporations will continue to receive state subsidies and the wealthy will continue to benefit from historically low levels of taxation.

The President has claimed that these changes will discourage dependence on welfare and encourage employment, but many of the counties and states where these (mostly white) recipients live have never really recovered from the Great Recession and are especially dependent upon federal assistance. In Beckley, West Virginia for instance, in the heart of coal country, almost 20% of the population rely upon some kind of food assistance. Meanwhile, the unemployment rate in Beckley is above 5% and disability rates are as high as 22%. And this same story is repeated in small towns across the U.S., such as Decatur Illinois, Flint Michigan, and Morristown, Tennessee where local economies have been largely abandoned by capital. Expecting unemployed residents of such areas to just lift themselves up by their bootstraps is cruel and absurd, but certainly not unprecedented. Indeed, this fixation on individual responsibility and private enterprise has been the guiding ideology of the ruling class for decades now.

Of course, many Democrats from Chuck Schumer to Alexandria Ocasio Cortes have publicly decried the changes, but the fact is that such cuts to federal welfare programs have been a component of both Republican and Democratic administrations since at least the 1990s. Ocasio Cortes, who claims her father relied on food stamps when she was a student, argued that such cuts could have left her family starving. What she did not mention, however, was that it was Democratic President Barack Obama who signed off on an $8.7B cut to food stamps in 2014, dishonestly saying that the bill would “give more Americans a shot at opportunity.” That cut to food stamps was estimated to have left more than 800,000 Americans with reduced aid or no aid at all.

While it is true that Republicans have often been the most outspoken and vocal supporters of welfare reform (and in some cases, its elimination), it was nonetheless Democratic President, Bill Clinton who laid the groundwork and set the trend for the last three decades of welfare cuts. In 1994 Clinton signed the cynically titled Personal Responsibility and Work Opportunity Act (PRWOA), which, much like the changes currently proposed by Trump, radically altered the requirements for eligibility, forcing many families to lose assistance or take on low-paying jobs which (after child care, transportation, and medical insurance) often left them with less than they were earning on welfare. Since then, funding for the Temporary Assistance for Needy Families (TANF) program, which replaced the Aid to Families with Dependent Children (AFDC) created in the midst of the Great Depression, has fallen to lows not seen since the 1960s, when President Johnson was compelled to declare a war on Poverty. Clinton’s welfare reform bill certainly succeeded in greatly reducing welfare rolls, but the results were catastrophic for many families who were simply pushed further into poverty and desperation.

Although funding for TANF and SNAP has continued to decline, the programs have nonetheless remained in place in large part because the neoliberal ruling class, as much as it wants to eliminate any impediments to a free market, understands that welfare and food stamps are the only way to manage the surplus populations of the very poor. While programs such as SNAP and TANF make it easier for working people to opt out of the labor market, they also act as a safety valve. Those whom the market fails to provide for—and there are always millions of such people—are temporarily covered by the state in order to maintain the appearance of an economy that provides for all. While it is in the interests of capital to keep such people as desperate as possible, the line between desperation and revolt has always been a thin one.

This is why there can be no escape from poverty or hunger under capitalism, which binds the vast bounty of human labor to the whims of the market. Only an economy in the hands of working people will be able to provide for all without compromise or exception. Trump’s food stamp cuts are cruel and callous, but they represent the broader cruelty and callousness of the ruling class. And this is why fighting these cuts will require more than just getting rid of Trump, since even so-called progressive candidates have shown again and again that they are unable or unwilling to protect even the most basic public programs for the poor. Speaking out against these cuts is important, but defeating them will require a movement of working people independent of the Republican and Democratic parties, capable of taking on the very logic of capitalism.

A poor people’s movement aligned with working people and unions, such as the Chicago Teachers Union (CTU), which just fought a contract battle that included more affordable housing for their students, could both force federal and  state governments to restore welfare funding and build the power of the working class more broadly.