The Senate, Including Sanders, Votes to Penalize Local Governments That Defund the Police

The Senate voted 99-0 for a resolution that would cut funding to any local administration that takes measures to defund the police. 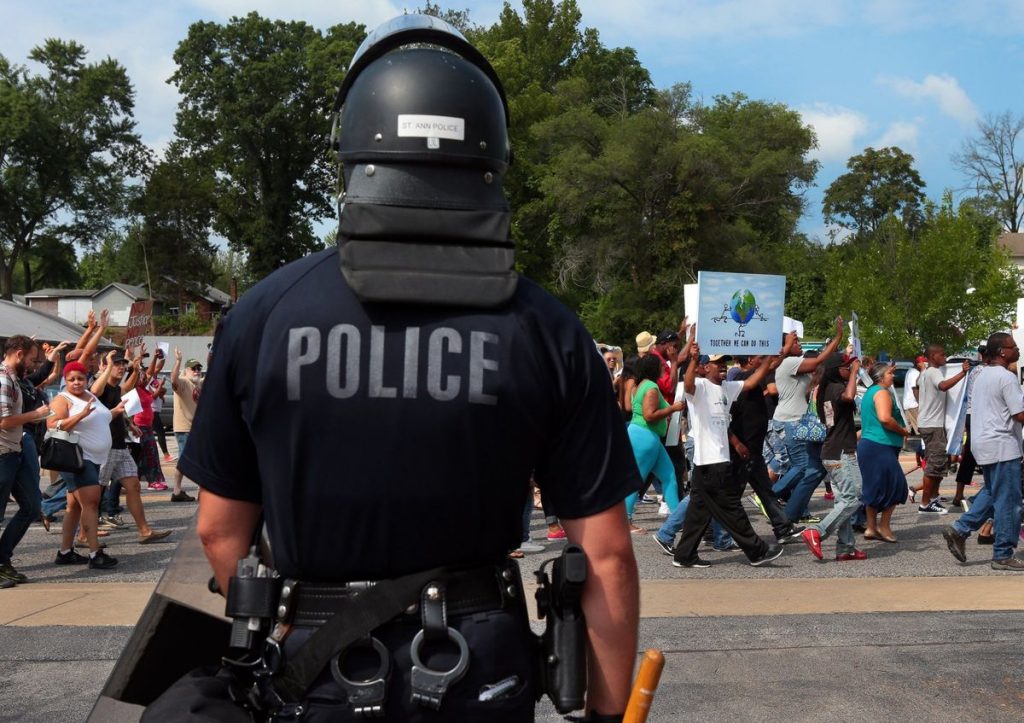 In a huge blow to the movement against racist and police violence that brought millions out to the streets across the country and the world last summer, the Senate unanimously voted in favor of a non-binding agreement, introduced by Republican senator Tommy Tuberville, that would cut funding to any local administration that takes measures to defund the police. The bill passed the Senate with an overwhelming vote of 99-0, with Republican Mike Rounds being the only one who didn’t vote. This means that progressives like Bernie Sanders and Democrats like Cory Booker and Elizabeth Warren, who paid lip service to Black Lives Matter, voted for this bill.

Just last year, activists were calling out bloated police budgets and demanding change. Police departments across the country receive millions, or billions, of dollars every year, while schools and hospitals receive budget cuts and austerity measures. While cops came out to repress BLM protesters with all the newest high tech gear, healthcare workers fighting the coronavirus wore trash bags. While classes were overcrowded and schools lacked guidance counselors and nurses, millions were being spent on police inside schools.

Yesterday’s show of support for a violent police force that kills Black and Brown people with impunity was a bipartisan effort, and the Democrats gave it a ringing endorsement. This, after the Democratic party establishment and their satellites in the nonprofit bureaucracy worked over-time last year to channel the energy on the streets to the ballot box. Democrats, both moderates and progressives alike, painted themselves as champions of Black liberation stressing that the demands of the movement to defund and even abolish the police would only be possible if they managed to flip not just the presidency, but also the Senate. Now, with firm control of three of four branches of government, the Democrats are crushing the demands of the BLM movement and actually increasing funds for the police. The Democrats,as in decades past, continue to make clear who they govern for: not the working class and oppressed, but in the interests of capital.

As Lenin wrote in State and Revolution, the state requires special bodies of armed men to maintain class rule. It is precisely this role that the police fulfill in modern society. Descendents of slave-catchers and strike-breakers, the police function as the armed wing of the capitalist state, designed to protect private property and keep the masses in line. Indeed, one only has to see the role of the police in last year’s movement for Black lives, where the police, even in Democratic-majority states like Minnesota and New York, brutally repressed protesters and enforced curfews.

Now, a year later, while protesters continue to face charges for standing up to racism, the police find open support in the halls of government. In a viral video, ex-presidential hopeful and Democrat, Corey Booker, gave a ringing endorsement on the Senate floor to Tuberville’s motion. “This senator has given us the gift of finally,” he said, “once and for all, we can put to bed this scurrilous accusation that somebody in this great esteemed body would want to defund the police.” The Democrats wasted no effort to distance themselves from the calls to defund the police, throwing their support behind a motion that in fact committed to penalizing local governments that cave to activists’ demands. This support for the police was echoed by progressive champion, Bernie Sanders, who too voted in favor of the motion.

Time and again, the Democratic party has shown who they are, and it is time we believed them. While they deflect all responsibility to their republican counterparts, the Democrats also have blood on their hands. Today, the party is led by Joe Biden, who was the architect of the Crime Bill and War on Drugs that disproportionately targeted Black youth and destroyed working class communities of color.

But these aren’t ancient history. During the campaign trail last year, in the midst of a movement that protested the murder of George Floyd, Biden proposed that cops should shoot people in the leg. To shore up the support of the masses that took to the streets last summer, the progressive wing of the Democratic party played an active role in co-opting the movement, giving lip service to the defund movement while enacting the opposite with their votes. In fact, progressives like AOC cleared the way for increased funding of Capitol police just earlier this summer while Ilhan Omar and others voted for increased military funding for Israel, which is put towards the brutal oppression of Palestinians. In office, from the presidency, to the halls of the Senate and Congress, the Democratic Party now strengthens the state’s repressive apparatus which is used to discipline the working class and the left both at home and abroad, all so the state can maintain the smooth functioning of capitalism.

Booker, in his speech, further asked, “Can we add also that every senator here wants to fund(sic) the police, believes in God, country and apple pie?” Indeed, Corey Booker is right — racism, and thus the defense of the police, is as American as apple pie. For the millions who took to the streets last year and continue to fight for justice against a racist, capitalist system, the Democratic party is not the vehicle for the change we need. While some continue to harbor illusions in transforming this party into one that working people need, the experience of the progressives, who both on local and national levels continue to fall in line behind the party establishment to govern in the interests of capital, show that such a program is nothing more than a pipe dream. The working class and the left needs a party of their own — one that is independent of the influence of capitalists and fights like hell to not only ring the death knells on the racist, capitalist state, but also builds a world free of oppression.