The Significance of Corbyn’s Rise in the British Elections

The result of the recent elections in the United Kingdom have led an unexpected political scenario with the Brexit negotiations soon at hand. What do May’s setback and Corbyn’s rise mean for the country? 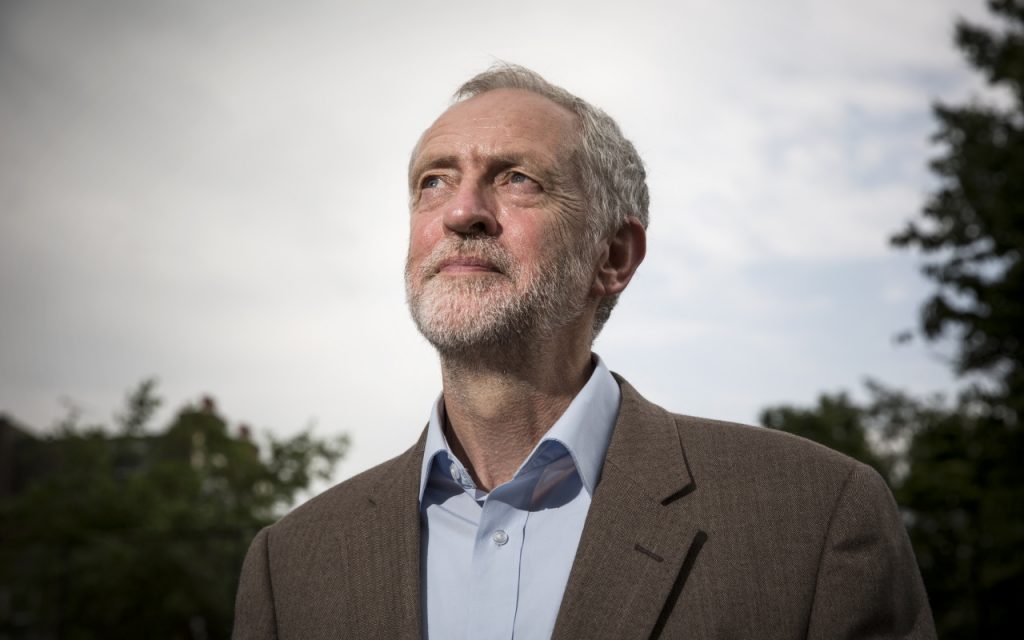 The results of the June 8 vote turn to the usual logic of elections on its head. While it is true that the Conservative Party won the elections, it is also true that their candidate, current Prime Minister Theresa May, somehow managed to defeat herself. The Tories lost 13 seats, and as a result, their majority in Parliament. This catastrophe is only comparable with the Brexit victory of a year ago, unwittingly caused by May’s predecessor, David Cameron.

The exact opposite could be said about Labour Party leader Jeremy Corbyn: he lost by a thin margin, but is clearly the biggest winner in the elections. The Labour Party obtained 32 additional seats, something that had not happened since the party’s return to power under Tony Blair. Corbyn will not be the new Prime Minister yet, but he reaffirmed his leadership after it had been widely questioned by his party’s right wing. Right Labourites expected Corbyn to suffer the worst election for the party in history and planned to use the opportunity to get rid of him once and for all.

On April 18, Theresa May called for a snap election. Her party had a parliamentary majority of 20 seats with three years still left in her term, but the Tory leader wanted to legitimise her mandate and a more solid majority seemed like the most logical step to conduct the ‘divorce process’ with the EU with an iron fist, a strategy known as “Hard Brexit.”

It seemed like the most opportune moment: polls favoured her heavily, placing her 20 points ahead of Corbyn. However, May’s fortune could not stand up to the onslaught that followed the presentation of her electoral manifesto, which revealed that Conservatives would push for more cuts and further austerity. The last straw came with the so-called “dementia tax,” a clumsy proposal that retirees with properties valued at over £100,000 should pay for their own social care. May later backpedaled on this proposal, but the damage was already done.

In contrast, Corbyn presented a manifesto with strong social-democratic proposals reminiscent of Old Labour, with reforms such as free higher education, certain nationalisations in industry, an increase in the minimum wage, an end to “zero-hour” contracts, increased taxes for the rich, and others. While minimal, the demands awakened expectations within hundreds of thousands of mostly younger voters. In this sense, the Corbyn phenomenon closely resembles to the Sanders phenomenon on the other side of the Atlantic.

The brutal terrorist attacks in Manchester and London did not, this time, favour the discourse of the racist, xenophobic, and anti-immigrant Right, which had had its moment of glory in the Brexit victory. On the contrary, it strengthened Corbyn’s anti-war credentials, who wisely used the opportunity to oppose the British military interventions in the Middle East.

At the same time, Corbyn took a rightward tack by denouncing May’s cutbacks to the police force—a byproduct of her austerity program. After the London and Manchester attacks, Corbyn focused his campaign on the police cuts above all else and not-so-subtly implied that the attacks could have been prevented if the police force was at full strength. This shift to the right likely won over many voters who would have otherwise supported the Tory candidate.

In short, the Right did not analyse the situation correctly. It underestimated the level of opposition to austerity and, above all, the political strength of the youth that has used the Labour Party—or more precisely, the party’s left wing—as a channel for their demands. It is no coincidence that the media now speak of a “youthquake”.

So far, Theresa May has indicated she would try to form a minority government with the aid of 10 MPs from the Democratic Unionist Party, a party of the most rotten, reactionary and nationalist Protestants, whose main objective is to keep Northern Ireland within the United Kingdom. Although technically this would give her the numbers she needs in Parliament, May’s government will probably be unstable and weak with a short lifespan. As many anonymous Conservatives say, May could keep the position of Prime Minister, but she has no clear way to steer the Brexit ship or deal with its consequences.

With the Brexit clock ticking, uncertainty grows. Many scenarios are left open, including a more moderate, negotiated separation from the EU (“Soft Brexit”). However, a unilateral separation with Brussels cannot be discounted, nor can the possibility of a new referendum on the status of Great Britain within the European bloc.

A first reading might give the impression that the elections revived the traditional two-party rule. No fewer than 84% of votes went to the two largest parties (43% for the Conservatives, 41% for Labour).

The Liberal Democrats, the party of the political center, popularly known as the Lib-Dems, made a small advance, but its most visible representative lost his seat in Parliament. In general, the party is still paying the price for becoming a coalition partner in Cameron’s Conservative government.

The UKIP, the racist and xenophobic, far-right party, sank. The party fell from 13% in 2015 to a mere 2% this time around. Its electorate was divided — a large number of its voters returned to the traditional right, while others were seduced by the redistributive measures proposed by the Labour Party.

The other big loser was the Scottish Nationalist Party, which lost a significant number of votes to Corbyn, forcing the party to delay their call for a second referendum on independence .

But the fact that the two traditional parties increased their vote share does not mean, in the short-term, that the two-party consensus has returned. According to a famous anecdote, Margaret Thatcher was once asked about her biggest achievement. Without hesitation, the Iron Lady answered: “Tony Blair and New Labour. We forced our opponents to change their minds.” This is what has run its course.

The June 8 elections seem to have marked the death knell of the neoliberal consensus that has lasted since the early 1990s, with the alternation in power between Conservatives and Labour.

From the right, Margaret Thatcher, who not only ushered in neoliberalism, but also “europeanized” the United Kingdom, would hardly identify herself in Theresa May’s policy. Something similar has happened with Republican Party and Donald Trump in the U.S.

However, the most interesting thing is what has unfolded after Corbyn assumed leadership of the Labour Party. According to the immediate post-electoral analyses, Corbyn slammed the Conservatives by a difference of 66 percent to 18 percent among voters 18 to 24, while two-thirds of those younger than 35 voted Labour, a tendency that had already become visible when thousands of young people signed up to vote in the general elections and by the organization of Momentum, a grouping of Corbyn’s sympathisers inside and outside of the Labour Party. Geographically speaking, their strength lies in the big cities where a large sector of young, precarious workers and immigrants is concentrated.

What is encouraging is not the electoral success of reformist parties, whether they be 100 years old like the Labour Party, or new phenomena like SYRIZA in Greece or PODEMOS in Spain. These parties or renewed leaderships only aim to re-frame the old social-democratic strategy of managing the capitalist state. The results are plain to see: SYRIZA came into office with the promise of creating an “anti-austerity government” and six months later, capitulated to the austerity plans dictated by the Troika.

What is truly encouraging, for those of us within the revolutionary left, is the emergence of the youth as a new political phenomena. These youth reject, from the left, the traditional parties and are instead won over by the “radical” discourse and “socialist” messages of leaders like Bernie Sanders and Jeremy Corbyn.

Encouraging illusions in these reformist leaders (or their populist equivalents in Latin America), as a big part of the international left does, only sets the stage for new frustrations. On the contrary, our task is to transform the energy of youth, workers, and the exploited into a major anti-capitalist force that is able to end this system of exploitation.