On Sunday, May 6, the second round of the presidential elections was carried out. As our comrades of the Revolutionary Communist Tendency (CCR) in the New Anti-Capitalist Party (NPA) explained, people had to choose between two faces of austerity for working people: François Hollande, from the Socialist Party (PS), the winner of the competition, and current President Nicolas Sarkozy. Below, we reproduce an initial analysis from Juan Chingo, a leader of the CCR, in an interview of the comrades from the program Pateando el Tablero on Tuesday, May 8.

What is the initial analysis of the elections?

Hollande’s victory is explained by an enormous feeling of being fed up, especially among the groups of the people, workers, employees, young people from the neighborhoods, against the policy of Sarkozy’s government that, during recent years, was expressed in huge struggles, like the 2010 struggle over pensions, that included groups from the working class, like refinery and municipal workers, with mass mobilizations, and even with the entry into the struggle of students who were saying “no to Sarkozy’s austerity plans.” However, the defeat of this struggle for pensions, because of the policy of negotiation and class collaboration of the union leaderships, especially those of the CGT and the CFDT, led to opposition to Sarkozy being expressed fundamentally on the electoral terrain. And that is what explains how a not very well known politician like Hollande managed to win the election, although with quite a narrow margin. This limited margin is an expression of the policy of Sarkozy, who tried to woo the voters of the extreme right, who largely ended up voting for him.

What scenario is Hollande facing?

Hollande’s plan is fundamentally to make the crisis end, to move forward in austerity, but by changing the method. If Sarkozy was proposing a more Bonapartist method, turning his back on the union organizations, more similar to a government “of the strong right wing,” Hollande’s method is more that of emphasizing dialogue and reconciliation. This, because after 5 years of Sarkozy’s rule, everyone is thoroughly fed up, and Hollande has to make some gestures. It cannot appear directly like the “government of the rich” (the “bling bling,” sound of the jewelry of the rich, that was associated with Sarkozy’s government) and demand austerity. For that reason, Hollande is trying to present himself as a normal President.

Regarding Europe, it is obvious that Merkel’s preferred candidate was Sarkozy, and this is a defeat for Germany, that is more isolated. However, the notion that there is going to be a substantial modification of European politics is an illusion that could turn into a big disillusionment. What Hollande is proposing are gutless economic stimulus measures that are even less than those taken by the US, and, as is seen in the US itself, the crisis has not ended, and unemployment is returning. That is, they are some half-hearted economic stimulus measures and some limit to the financial sector, but in the framework of keeping the budget balanced and fiscal austerity. Even so, these measures have to be negotiated with Germany, and it is very likely that they will end up with a commitment to extend slightly the times for implementing the austerity plans, in exchange for structural reforms in the process of work, as Germany and the European Central Bank are demanding. A small “relief” that is not going to change anything fundamental.

What perspective is opening up?

More fundamentally, the situation in Europe is that German policy, from the strongest imperialist power, that tries to impose on the rest of the European countries an internal economic regimen regarding fiscal plans, that affects certain features of national sovereignty, is bringing up for discussion the balance among the European states, and that is causing a big problem. Because France is afraid of being estranged from Germany, and afraid that would involve an economic blow to the markets, it seems unlikely that there will immediately be big splits. But in the heat of the intensification of the crisis and of the class struggle, the options of the governments could change. Although the “Franco-German axis” remains, the policy that Sarkozy carried on regarding Merkel from the point of view of their imperialist interests, was of France’s subordination to Germany. Will Hollande go further, to lead a bloc with the Mediterranean countries like Spain or Italy, that will put limits on Germany’s hegemonic ambitions? That is something that remains to be seen. The reality is that the entire policy of the German, French bourgeoisie and the imperialist bourgeoisie, is, unfortunately, leading Europe, again, to a situation in which nation states are coming back strongly, just like national xenophobia and reactionary nationalist discourses, and that, for the workers and the youth, is not at all a progressive prospect.

The growth of the ultra-right and the reformist Mélenchon

The vote for Marine Le Pen’s National Front [FN] expresses the crisis of the two-party system that has been governing France for years, the alternation between parties of the right and parties of the center-left, like the PS. And it especially shows the crisis of the right, of the conservative and traditional party of the bourgeoisie that from the government and the state has been developing a policy against immigrants, that, ultimately, favored the strengthening of Le Pen. From the social point of view, the growth of the FN, on the one hand, expresses a beginning of “nervousness” in groups of the middle classes and of small merchants who see that the economic situation is not improving, and who did not see prospects in Sarkozy’s rule, and on the other hand, it expresses the situation of despair of groups of the working class that have been adrift in de-industrialized areas, and, in that setting, the demagogic policies of the FN, with condemnations of finances, of the dictates from Brussels, and, at the same time, against immigrants and for measures of a strong and protectionist state, are achieving a certain repercussion.

In this context, one must see the limits of the reformism of Mélenchon’s Front of the Left, that got many fewer votes in the first round than expected, because it is not a radical criticism either of the interests of imperialist France, or of the form of the state and the political regime, the two-party system. In recent days, the discourse of Mélenchon, who, at the beginning of the campaign was criticizing Hollande, was now a discourse in favor of Hollande, in the debate with Sarkozy. And the day that Hollande won, [Mélenchon] said that he wished him a good presidency and that it was a great day for Europe. Instead of preparing the workers to confront the new face of austerity, that Hollande’s government is going to be, [Mélenchon] has ended up sowing illusions.

The election campaign of Philippe Poutou of the NPA

In turn, the campaign of Philippe Poutou of the NPA was defensible, from the point of view that he was a worker candidate, who, in his factory, Ford, was able partially to stop the layoffs and avoid closure. On the other hand, in the campaign, in spite of the fact that the Front of the Left occupied an enormous space to the left of the PS, Poutou managed to get his message heard and ended up becoming a political fact with a condemnation of the professional politicians (including Mélenchon), and, at the same time, he managed to show the social disdain that exists on television against a worker candidate, whom they were trying to ridicule because of questions of class. However, the limits of his candidacy are the limits of the NPA itself. Poutou was not the expression in the elections of a gang of militant workers, who were entering anti-capitalist politics; rather, he is an old militant comrade, and, because of the NPA’s feeble politics in recent years, for instance, in the conflict over pensions and the absence of a political alternative to the bureaucracy, the absence of not having for years a policy of getting organized within the working class, which could not be replaced with some correct axes of the campaign.

That is the struggle we, as the CCR inside the NPA, are waging so that a real left-wing, revolutionary alternative will exist in France. 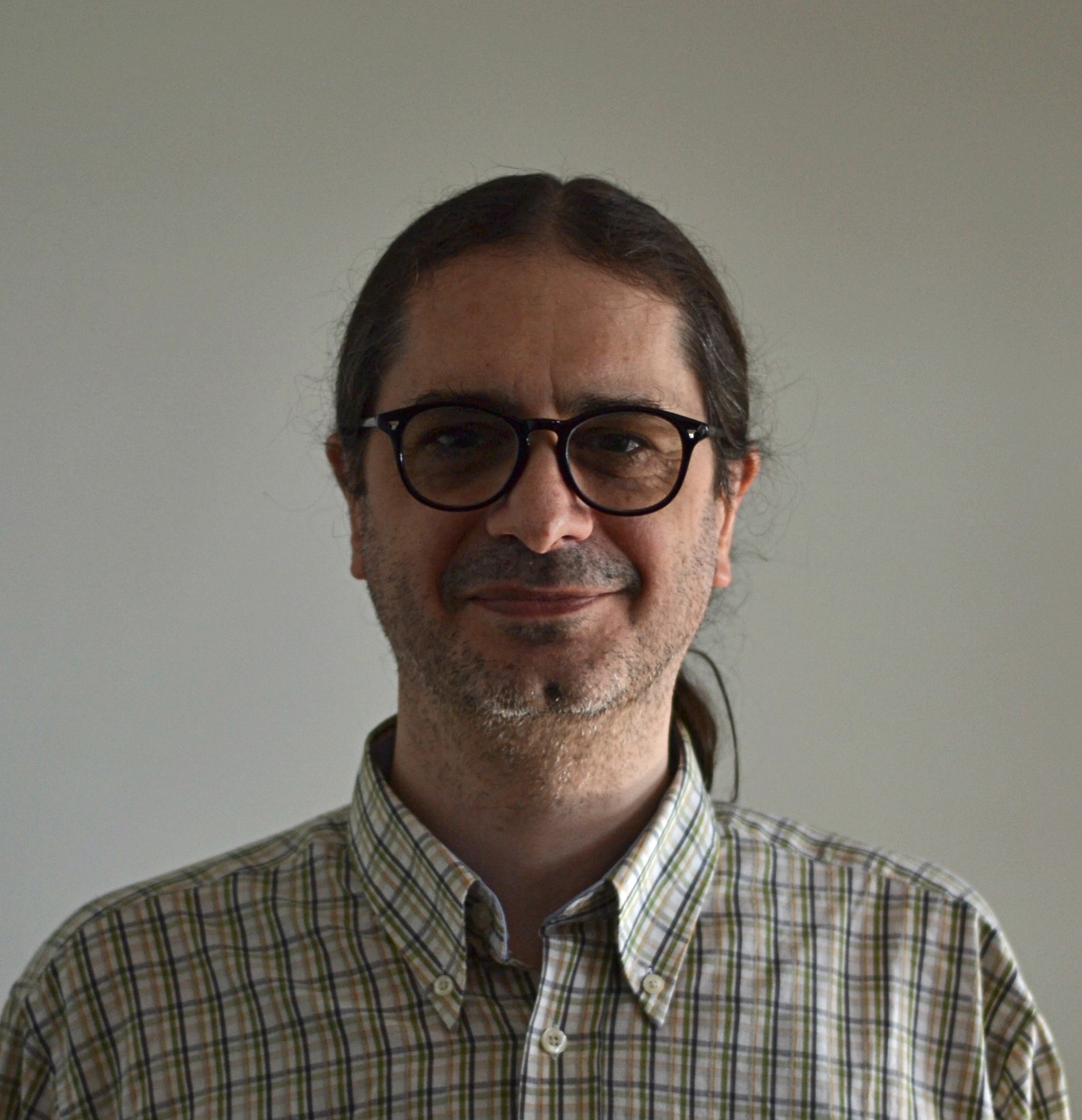