The Socialist Podcast That Shares Workers’ Stories in Their Own Words

Working Class Heroes, a new socialist podcast from New York City, is dedicated to sharing the struggles of today’s working-class heroes, with a first season dedicated to the struggles of taxi drivers. This is more than just a few lefties talking on a couch — it is deeply researched and well-produced radio. Left Voice spoke with Julian Guerrero, one of the producers. 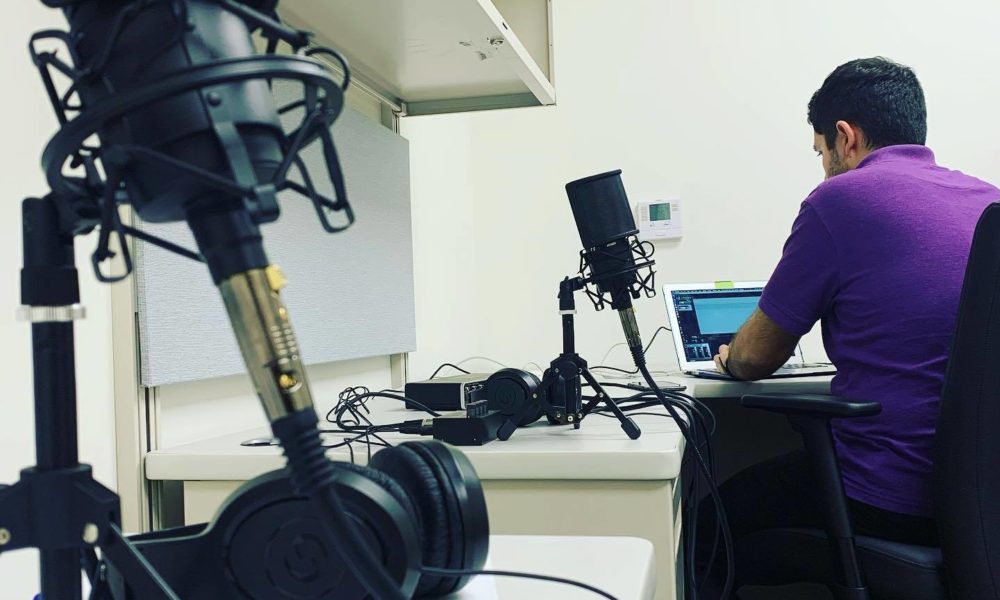 You just dropped a new episode of the Working Class Heroes Podcast. What has this season been about?

This first season as a whole is about the struggles of the 150,000 taxi drivers in New York City as their industry is reshaped by gig-based corporations like Lyft and Uber. Nine drivers have died by suicide since 2018 and all of them linked their deaths to their worsening working conditions and increasing debt. The combination of Uber, Lyft, and other taxi app companies along with the collapse of the value of taxi medallions  medallions issued by the city used to regulate the number of taxi drivers and cabs — are having an incredibly damaging impact on immigrant families.

Both the NYC government and the app companies have played a role in these damaging changes to taxi drivers’ conditions and our first few episodes break all that down. We attempt to explain some of the political economy of the taxi industry, why 95% of taxi drivers are immigrants, what that means for how the politicians, state bureaucracies, and the police treats them, and how all that shapes public perception of the everyday taxi driver.

What does the new issue deal with?

Our latest episode focuses on one of the most persistent issues passengers have to deal with: taxi ride refusals. We tell the story of an incident back in 2015 that was widely reported when the mayor of San Juan, Carmen Yulin Cruz, held a press conference deploring two yellow cab drivers. At the press conference, Cruz said she was “rejected” by both the taxi drivers when she told them she was going to the Bronx. None of the drivers got to tell their side of the story, so of course the city press reinforced the widespread stereotype that taxi drivers are racist, shady, etc. The taxi ride refusal story we tell in this episode is from the other side, the driver’s perspective.

We interviewed one of the taxi drivers involved in the incident, Jose Guerrero, who happens to be my father. And because everyone in New York City who take cabs has their own ride refusal story, it’s easy for the public to fall into the consensus that the stereotype is real. But we use this incident to draw out some of the political dynamics, and how this plays into a very problematic system of near entrapment and extortion of these immigrant drivers, managed by the Taxi Limousine Commission, oftentimes in collaboration with the New York Police Department.

We also try to place it within the context of the other events in 2015 like Uber’s victory over Mayor De Blasio in his efforts to cap Uber’s wild growth. We point to some paths the city can take to actually address the issue rather than target and milk drivers dry of their hard-earned money.

Most lefty or socialist podcasts are just people talking on the couch. But your podcast is deeply researched and well produced, like a radio show. How did you decide to use this format?

The original idea for the podcast was for it to be a sort of “Humans of New York” series, but profiling working-class New Yorkers. We all identify as socialists and come from working-class families. The way the media treats working families is often inadequate, reducing them to martyrs or victims and only focusing on their tribulations as opposed to their resilience.

Podcasts are naturally a very intimate medium to tell stories because you’re basically in the listener’s head. The podcast world is an ocean of commentary. As activists who draw from our own experiences in our work, we were interested in storytelling as a means to investigate the complicated lives of working people and the political lessons they carry but are often not able to express.

We put a lot of time into polishing the host’s and narrator’s side of it because it’s the least we can do for the working people whose stories we are privileged to share with the public. We were inspired by more narrative-driven podcasts such as Radio Ambulante and their storytelling techniques.

It’s also been an evolving process. We spent a lot more time talking in our first episode, but since then we’ve tried to give the people we interviewed the majority of the episode’s time.  And I think this is what makes our episodes great — you get to hear the everyday person dealing with these issues and they don’t seem like victims. They also speak about how they are dealing with these changes to their lives in ways the mainstream press doesn’t. By letting the folks we interview speak for more than a ten-second soundbite, you get a chance to hear their full range of emotion and intellect; the humor they use to cope with these changes, their anger at the broader system, and their hopes for overcoming the obstacles in their lives.

It’s hard work though, time-consuming and costly. Nobody on the team is getting paid to report, research, produce, perform, and publicize, so we run on the help and networks of support to get these stories to as many people as we can.

What kind of responses have you been getting?

We’ve gotten positive responses from listeners and from the people we’ve interviewed. Our immediate community like and support the project, but we don’t have enough reach to get a sense of what the general public thinks.

The working class heroes team is growing and we’re hoping to have a more regular production of episodes after we wrap up this series. Our hope is that by producing episodes more consistently, we can keep growing an audience and community of supporters. This latest episode is also the first one where whole segments of the interview with Jose Guerrero are in Spanish. We are trying to figure out what a bilingual but accessible format sounds like. The fully translated transcript is up at our website for monolingual speakers.

What is the plan for the next season?

Some of our next steps are up in the air but we think we’re going to stick to telling the stories of the three million strong immigrant community in New York City. We’ve engaged our immediate audience on what issues they’d like us to cover and it’s real issues about working conditions and immigration. We’re also interested in looking at how climate change issues are impacting New Yorkers and what they’re doing to overcome it.

If we can do this right, we’ll be able to show how immigrants operate in major industries of the city and in turn how the city treats immigrant workers. We see Working Class Heroes as a multimedia project, documenting and reporting working-class life in this historical moment.