The Solution to Climate Despair Is Disaster Communism

People around the world are feeling terror grief, and despair. The threat of climate change is real. But it doesn’t mean humanity will slide inevitably into barbarism and extinction. “Disaster Communism” offers a way out. A response to Jonathan Franzen. 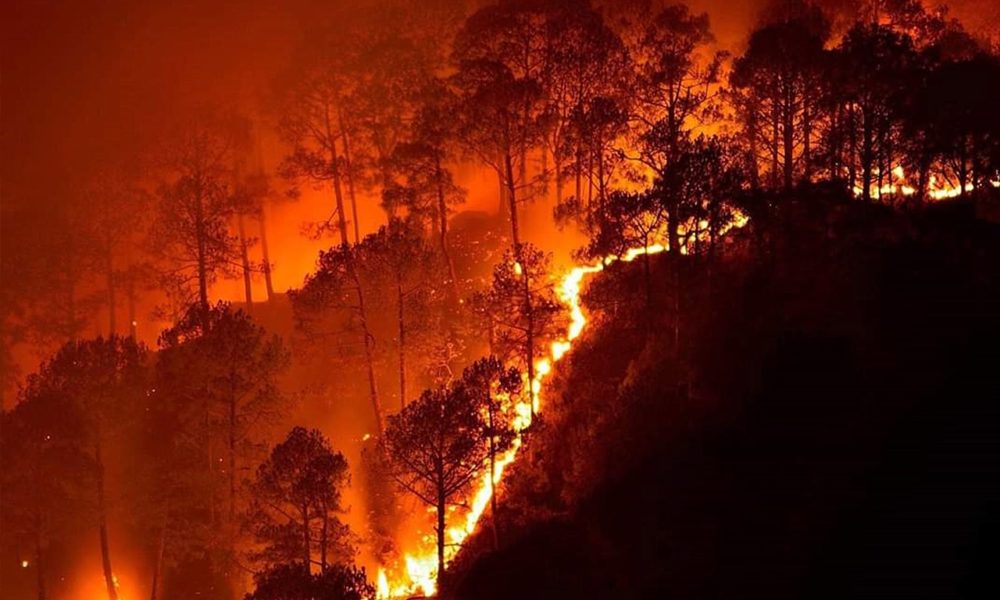 “Climate despair” is affecting people around the world. Vice reports that it is making people give up on life. Psychologists are holding conferences on “building personal and psychosocial resilience.” Countless patients are asking their therapists for help. Countless therapists are struggling to provide answers.

Climate change is proceeding far faster than scientists predicted. July 2019 was the hottest month ever recorded. Almost every new year is the worst in human history, both in terms of temperature rises and in the form of disasters, including floods, droughts, hurricanes and fires. Especially in dependent countries, the effects are already felt, as hurricanes pummel the Bahamas and severe water shortages affect India, to name two recent examples.

If capitalism continues to pump CO2 into the atmosphere, it is entirely possible that human civilization could collapse within just a few decades. Tipping points, like the melting of ice sheets and the release of methane from permafrost, might make the earth so much warmer that it can no longer sustain complex life.

I know that despair myself. Sometimes when I look at a bird, a chipmunk or a turtle at the park, I’m struck by the thought that these species might disappear before I reach old age. So much of what gives us meaning as humans is about connecting to generations to come. When I’m writing an article like this one, I occasionally pause to think: What is the point of all this if there will be no one left to read?

The latest expression comes from author Jonathan Franzen in The New Yorker. He asks, “What if we stopped pretending?” He points out the fundamental deceptiveness of the UN and NGOs when they talk about “our last chance to avert catastrophe and save the planet.” No, the catastrophe is already underway. The question is how we can best limit the damage and adapt to a changing climate.

For this, each country in the world would need to “completely retool its economy,” as Franzen points out. But he doesn’t think this is possible. He blames this on “human nature”:

Call me a pessimist or call me a humanist, but I don’t see human nature fundamentally changing anytime soon. I can run ten thousand scenarios through my model, and in not one of them do I see the two-degree target being met.

What is this “human nature” that supposedly cannot change? Homo sapiens evolved around 200,000 years ago. Civilization based on agriculture has existed for at least 10,000 years. Yet humans did not change the atmosphere for almost all of our history.

The economic forces driving climate change—reckless competition, endless growth and zero concern for sustainability—might seem “natural.” But in reality, they are just a few hundred years old. Franzen is referring to the nature of capitalism. And in a sense he is right: It is obvious that capitalism cannot change. But all of human history shows that we can live in very different forms of societies, and display very different natures.

Franzen displays the failure of the liberal imagination: He simply cannot imagine a society that is different from this relatively young system. He cannot picture that humanity could work together to provide for the needs of everyone. This is partly because it has been decades since we have seen a revolution—or even a profound revolutionary process—against capitalism. That dulls our imaginations.

Thus, Franzen succumbs to despair. His proposal is for individuals to make “ethical choices” to “reduce emissions.” Since he admits this won’t have any effect on the catastrophe, this is just supposed to make the end feel a bit better—kind of like rearranging chairs on the deck of the Titanic.

Climate despair is like any other kind of depression: It starts with a real problem, but a psychological illness blows the problem way out of proportion and prevents the sufferer from taking meaningful action to solve it.

Climate change represents the biggest threat humanity has ever faced. Why does it seem that we cannot do anything about it? Because the productive forces we created are totally outside our rational control.

A tiny minority of capitalists control our economy, and their only concern is maximizing their wealth. They are actually preparing to escape the earth—building rockets and planning Mars colonies—rather than doing anything to solve the looming catastrophe.

But the billions of working people around the earth can take control of the economy and subject the productive forces to democratic control. If we lived in a rationally organized economy (i.e., a socialist republic), we could immediately start fighting climate change. Just to name a few examples: We could phase out fossil fuels in a few short years. We could eliminate private cars and replace them with free public transit. We could build new cities for populations forced to leave coastal areas. Scientists who are now forced to work for corporations would be free to use their work for the benefit of all humanity. Instead of competing socialist states, we would have democratic and collaborative self-government for all humanity. Climate change would be a difficult but manageable challenge.

The only thing preventing us from taking steps against climate change is the rule of capital. A socialist revolution is now more urgent than ever.

As the effects of climate change become more drastic, many people assume that society will move to the right. That has certainly been the case for the last few years. But there is also a counter-example: People faced with natural disasters, whether hurricanes in Florida or earthquakes in Mexico City, report how in times of crisis, human beings tend to ignore the rules of class society and work together, at least until the crisis passes.

In the coming years, everything will get worse, with ever more people driven from their homes by wind and flames. This might not, however, lead more people to support right-wing governments that put up walls and establish police states. Puerto Rico was devastated by a natural disaster made far worse by climate change. But in the aftermath, working and young people came together in a determined uprising against a corrupt government.

Disasters won’t necessarily lead to rightward shifts. They could just as easily lead to a form of “disaster communism” (a term coined by Ashley Dawson, reversing the idea of “disaster capitalism” invented by Naomi Klein), in which working people get rid of the capitalists and begin to reconstruct society along collaborative lines. While proponents of a Green New Deal think capitalist states can be pressured to solve the climate crisis, it’s really only a Green Planned Economy that can mobilize all of humanity’s resources to confront the difficult times ahead

When I feel climate despair, I think of this perspective of “disaster communism.” Joining together with other people around the world to struggle against the catastrophe—that is a source of hope. It might not be successful, but it is the only chance we have got, and humanity is too beautiful to give up without a fight.

In 1932 the revolutionary Leon Trotsky wrote about what was needed to stop the rise of the fascists in Germany. Some asked what would happen if the fight for an anti-fascist united front failed. Trotsky replied, in words that make sense today,

On the eve of great battles the revolutionist does not ask what will be if [they fail] but how to perform that which means success. It is possible, it can be done—therefore it must be done.