The Sorcerer’s Apprentice: Donald Trump and the Far Right

Donald Trump’s presidential campaign has succeeded in galvanizing the far right of the Republican base. While he is almost certainly unelectable on a national scale, the current of racist xenophobia which he has given voice to and which his campaign is mobilizing presents a threat that will continue far beyond the 2016 elections. 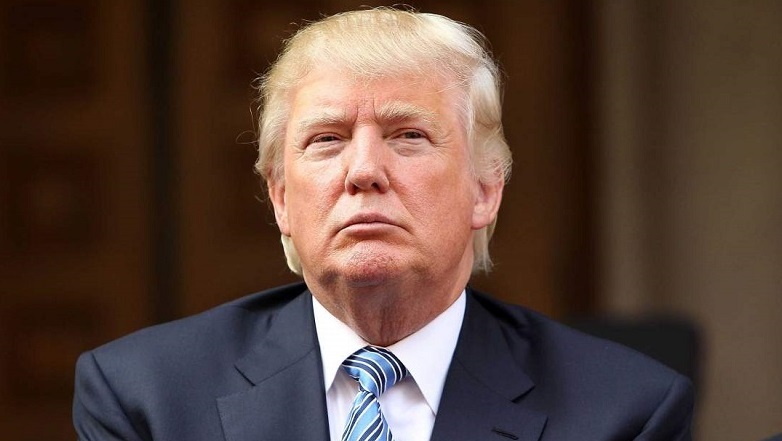 In Boston, a 58-year-old homeless man was urinated on and beaten by two white men inspired by the Trump campaign. It’s far from unusual for the racist rhetoric of America´s political elite to result in acts of violence against immigrants, blacks or Muslims. What made the event exceptional was Trump’s response: “I will say – the people that are following me are very passionate. They love this country. They want this country to be great again. But they are very passionate.”

Although Trump backtracked slightly afterwards, the statement effectively embraced and romanticized the perpetrators in a way not seen for some time in mainstream American politics. Whereas both parties have had no qualms in stoking widespread islamophobic and xenophobic sentiments, this has generally been accompanied by condemnation of those who have stepped outside the law to inflict violence.

Trump himself demonstrated his thoughts on America´s Spanish-speakers when he kicked Univision´s Jorge Ramos out of his press conference, telling him to “go back to Univision”.

After a supporter at a recent Trump rally shouted, “White Power”, Trump´s campaign manager responded by saying that he didn’t know anything about that individual, but he knew “there were 30,000 people in that stadium…who want to be proud to be Americans again”. Openly embracing “white power” would be political suicide and doubtlessly outside the realm of even Trump’s politics. However, the open tolerance and encouragement which his mainstream political campaign has for these elements is where the real threat of his campaign lies: the strengthening and legitimation of the American hard right.

What Does Trump Represent?

Donald Trump is in many ways the quintessential modern American Capitalist. He inherited his wealth and expanded his fortune in real estate through ruthless and effective exploitation of workers, local governments and the legal system. Speculation rather than production has been the cornerstone of his business.

His name and his brand have become synonymous with a sort of uncultured ostentation, which would appall both the more aristocratic bourgeoisie of Europe and the faux-revolutionary posers of Silicon Valley. He even hosted his own reality TV show in which he fired contestants one by one until the survivor went on to manage one of his companies.

Having bought plenty of politicians during his own career, he’s able to easily call out the competition as being sold to corporate donors. This has been a major source of his strength in the Republican primaries, where he has been able to appeal to the most right-wing sector of the working class; his support within the Republican Party is highest among white people without college degrees

He has succeeded in drawing upon an image with a deep history and resonance in American society: that paradox of the wealthy populist mobilizing an anti-intellectual cultural rebellion against the “liberal elite”. It’s a formula, which at different times has conjured up the political phenomenon of characters as diverse as George Wallace, Ronald Reagan and Ross Perot.

It is rooted in a well of white racist resentment towards both the openings created by the civil rights movements and legitimate but misled class anger directed towards elites deemed responsible for the dramatic decline in the status of the (especially white and male) working class over the last 40 years. Its success has continually befuddled democratic strategists left to ponder the phenomenon of white workers voting against their own economic interests.

As a strategy for a national party it has begun to reach its limits. The political terrain of the United States has changed fundamentally as it becomes an increasingly multi-racial country. Obama´s victories in 2008 and 2012 were proof that politicians could no longer appeal to white men alone if they hoped to have electoral success nationally. Yet far from fading away as some liberals might expect, there has instead been a resurgence and hardening of the deep well of conservative white resentment.

The emergence of the Tea Party captured part of this in a movement dominated by the petty bourgeoisie and backed by the more conservative elements of the U.S. capitalist class. It provides the militant base which has allowed the Republicans to maintain their grip on Congress. The Republican elite has played a careful game of both encouraging and controlling the movement, attempting to use its energy at the base while containing it within the acceptable framework set by the party elite.

Donald Trump, backed by his own immense financial resources, has stepped into the political ring and placed himself at the head of a movement to “Make America Great Again”. He has drawn immensely upon the Tea Party base at the same time that his immense personal fortune has given him de-facto independence from the Republican Party machinery. He has held the threat of running as an independent in the general election as an important tool to ensure compliance from the Republican Party establishment.

Anti-Immigrant Bigotry and the Far Right

His central campaign promise is a plan to transform the US-Mexico border into a walled fortress resembling the Korean DMZ. Racist and xenophobic rhetoric around Mexican immigrants has had him brand Latinos as lazy, drug dealing, rapist criminals. He aims to repeal birthright citizenship and effectively deport all undocumented workers.

The scale of his proposals is unprecedented, but the blame for the anti-immigrant sentiment driving them lies with both capitalist parties. Obama has deported more undocumented workers than any president in recent history and Democrats who have not actively championed harsher anti-immigrant measures have been largely complicit with the party’s horrendous policy.

Trump is one of the first candidates in a very long time to draw active support from sectors of the extreme right. An article in the New Yorker provides a fairly in-depth investigation into some of the support which has emerged around him. However, even a glance at the threads of the major neo-Nazi website Stormfront.org reveals the tremendous pull which the Trump campaign has had. The vigorous polemics against Trump (by more traditional Nazi elements) as much as the calls to rally behind him show the electrifying effect he’s had on the most reactionary sectors of White America.

These sectors see in his anti-immigrant crusade the opportunity to fight for a white majority against the prospects of an increasingly non-white United States. More than this, they correctly see that his emergence as a mainstream political figure advancing a racist purge of America, whether he wins or loses, has created a greater ideological opening for them among sectors of White America.

Prospects for 2016 and Beyond

It is possible but unlikely that the Republican Party establishment will allow Trump to win the nomination. The Democratic Party establishment would love nothing more than a Clinton-Trump showdown in the general election, a conflict which Clinton would be almost guaranteed to win.

From the perspective of an electoral Democratic Party majority, Trump is no threat. Politics, however, is far deeper than voting majorities: depth and breadth are important. The consolidation of a hard, white right more committed to scapegoating immigrants is a substantial danger. An active right wing which mobilizes beyond the elections and which carries out racist terror attacks like the beating of the homeless man in Boston is a real danger.

To fight the poisonous influence of Trump and the movement gathering under his banner, it is not possible to rely on the Democratic Party. Obama’s own record of mass deportations, democratic complicity in the rise of anti-immigrant bigotry and the party’s status as an instrument of Capital make it incapable of confronting racism and providing an alternative to the working class. An independent mass movement will be needed to confront racism and win legal equality for immigrant workers.

It is necessary not only to link the interests of native-born and immigrant workers, but also to link the struggle of the American working class to that of workers in Mexico, China and around the world. Only a globalized working-class resistance can provide a real alternative to the schemes of national division and racist bigotry used to try and tie workers to the interests and desires of the bosses.