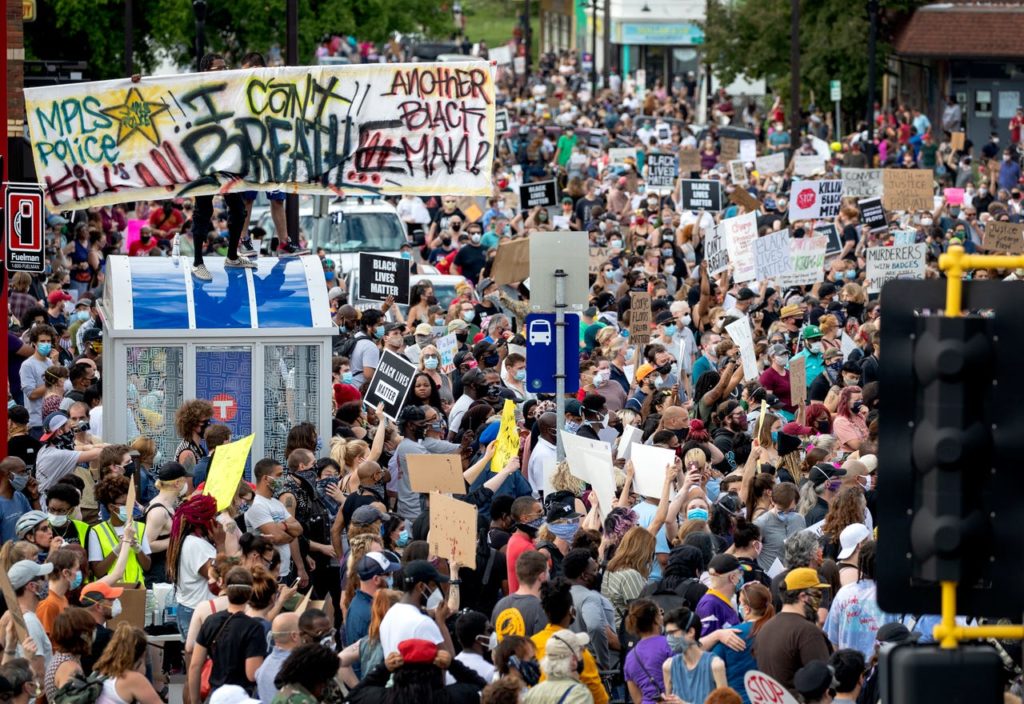 On Monday, a Minneapolis cop was filmed murdering George Floyd in broad daylight in front of a crowd of people. The heartbreaking and deeply enraging video went viral, being shared millions of times. Messages of rage, anger, and hurt filled the internet.

On Tuesday, politicians paid lip service, feigning deep care and anger over his death. Notorious cops, Kamala Harris and Amy Klobuchar, known for upholding the brutal prison system, spoke out against the murder. The murder took place in Ilhan Omar’s home town and although she applauded the firing, she hasn’t called to jail the killer cops. She merely called for an “investigation.” There is nothing to investigate. There is a video of a murder. Trump has been conveniently silent but much of his ultra-racist right-wing base defended the killing.

As a consequence of the widespread anger and outrage, the four cops involved in the murder were fired, including Derek Chauvin, the white cop who knelt on Floyd’s neck killing him, as well as Tou Thao who stood guard to protect his killer partner. The other two cops have not yet been named. None of the fired officers have been arrested. Even with a video clearly demonstrating a murder, the cops are free to go home to their families.

On Tuesday night, thousands of people took over the streets of Minneapolis, protesting Floyd’s police murder. Watching the video, it is evident that the crowds are attempting to socially distance, wearing masks but standing strong in the middle of a busy road in Minneapolis, blocking traffic.

Protesters then marched to the 3rd precinct of the Minneapolis Police Department. The police, in full riot gear, threw tear gas at them — which had limited success as everyone was wearing a face mask due to COVID-19. The cops shot protesters with rubber bullets and young protesters threw rocks at the cops.

George Floyd’s murder is one of many recent high profile examples of police and white vigilante violence against Black people: Ahmed Arbery, Breonna Tayor, and Sean Read. And now George Floyd, who, reminiscent of Eric Garner, said over and over that he couldn’t breathe as a cop knelt on his neck.

The spirit of Ferguson and Baltimore is in the air. The spirit of Black youth who are tired of cops harassing and killing them has been ignited. We join their call. Justice for George Floyd. Jail the killer cops. Organize workers and oppressed people together to fight racism. And fight for the abolition of the cops and a society without exploitation or oppression.

A better look at the crowd size of the Minneapolis march for #GeorgeFloyd pic.twitter.com/u0pg0hf4bD

The scene at the Minneapolis 3rd Police Precinct. pic.twitter.com/ykxsfPn8PD