The Supreme Court Is Poised to Overturn Roe v. Wade — Now Is the Time to Mobilize

In a leaked draft of its upcoming decision, the Supreme Court appears to be prepared to overturn Roe v. Wade. It is absolutely essential that we mobilize now — in the streets, in workplaces, and in our unions — to protect the right to abortion. 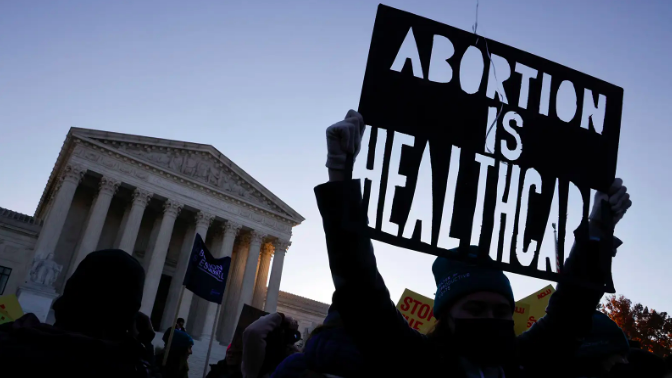 The Supreme Court is planning to overturn the right to abortion, according to a draft opinion leaked to Politico. In what appears to be a 5-3 decision, with Chief Justice John Roberts’s vote unknown, Justice Samuel Alito writes in the majority opinion, “Roe was egregiously wrong from the start. Its reasoning was exceptionally weak, and the decision has had damaging consequences … We hold that Roe and Casey must be overruled.”

The ruling comes as part of a decision on the case of Dobbs v. Jackson Women’s Health over a Mississippi law that bans any abortions taking place fifteen weeks after the pregnant person’s last period. The law was formulated as an explicit challenge to both Roe and the 1992 decision Planned Parenthood v. Casey. Nearly half of all states already have strict abortion bans in place that will go into effect immediately as soon as Roe is overruled — so-called “trigger bans.” Four more states are likely to pass similar bills soon after. Many of the laws ban abortion after just six weeks, measured from the start of the person’s last menstrual cycle, meaning that abortion will become illegal often before someone even knows they are pregnant.

This will drive many people to have unsafe and illegal abortions, and force people to have children they don’t want. It will force new parents into financially precarious positions, as these supposedly “pro-life” politicians refuse to give poor and working-class families the means to care for and raise children.

The Supreme Court is, once again, revealing that it is nothing more than a tool of the capitalist state, designed to oppress and exploit. The institution of slave owners, which has ruled against enslaved people having rights, in favor of the forced sterilization of the disabled, in favor of the interment of Japanese-Americans, and placed George W. Bush in the White House over the will of the majority of voters has, yet again, shown its true face.

All hopes in the Supreme Court have been dashed on the cold hard truth of history: capitalist institutions will not protect us.

In reporting on the leak, Politico notes, “No draft decision in the modern history of the court has been disclosed publicly while a case was still pending.” This leaked form of the draft is non-binding, which means the justices can still change their minds.