The Supreme Court Will Hear the Texas Abortion Law Today. Where Is the Abortion Rights Movement?

The current leadership of the abortion rights movement has tied the struggle for abortion to the Supreme Court and the Democrats, but that’s a losing strategy. 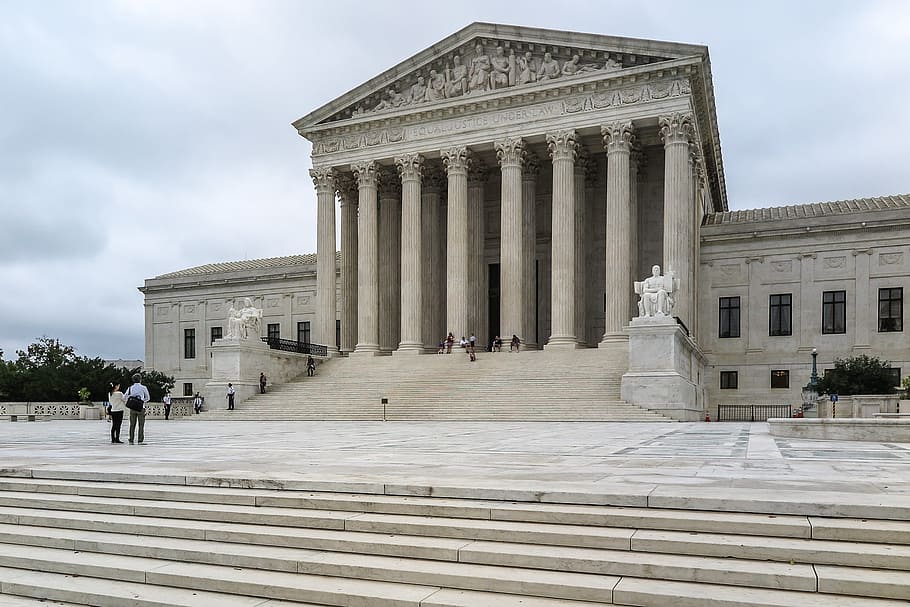 Today, the Supreme Court will review the most restrictive anti-abortion law in the country, Texas’s SB-8. The law bans abortions after six weeks, before the majority of people know they are pregnant, and essentially levels a bounty on anyone who gives, receives, or drives someone to an abortion in the state of Texas.

The Supreme Court already refused to stop the law from taking into effect, in a 5-4 decision on September 1. On October 22, in an 8-1 decision, the court again declined a request to halt the law.

Already, people have been forced to go to other states after being denied abortions in Texas. The New York Times reported that at Trust Women Oklahoma City, one of Oklahoma’s four abortion clinics, two thirds of patients are coming from Texas. “We had every line lit up for eight hours straight,” said Jennifer Reince, who works the front desk phones at the clinic.

For the case, the court is hearing two sets of arguments: one by abortion providers and another by the Biden administration, to decide the role of federal courts in ruling on this law.

The situation is very clear: the right to an abortion is in danger, and the Supreme Court won’t save it. The current leadership of the abortion rights movement has tied the struggle for abortion to the Supreme Court and the Democrats, but that’s a losing strategy.

The Supreme Court is Not Your Friend

The undemocratic power of the Supreme Court is evident — there are nine unelected people who serve for life and hold the power to make decisions about the health and bodies of people all over the country. They have the ability to force people into birthing children, taking away the most basic right of bodily autonomy.

This is true no matter who sits on the Supreme Court.

The recent mobilizations for abortion rights, organized in-part by the Womens March, were nostalgic for the “good old days” of a pre-Trump Supreme Court. Organizers chanted, “Ruth sent us!” and many carried RBG signs and swag. The particular assortment of justices on the Supreme Court right now is particularly repulsive. Of the nine justices, one is accused of rape and another of sexual harassement. Both of these cases were publicly litigated and were a public slap in the face to survivors of assault and harassment, as both were approved for lifelong seats.

However, the problems go beyond Trump’s Supreme Court picks. They go beyond Clarence Thomas. Even RBG’s Supreme Court allowed the erosion of abortion rights for decades: 24-hour waiting periods exist in 26 states; there are parental involvement laws for people under 18 in 38 states; and abortion clinics have closed all over the country — five states have just one abortion clinic.

The very institution of the Supreme Court is the problem.

The Supreme Court is an anti-democratic institution meant to defend the capitalist system and rule in favor of the capitalist class. When they have made progressive decisions, it’s not due to the law or even their own politics — it’s because of the movement that forced the Court’s hand.

As Jenny Brown writes in Without Apology,

The court could not maintain its credibility as the arbiter of just law with women all over the country speaking out about their mistreatment in a massive, dangerous underground that maimed thousands of women yearly; with mass lawsuits threatening to invalidate state laws; with feminist groups providing illegal abortion referrals on every large college campus; with clergy openly and illegally referring women for abortions nationwide; with doctors openly performing abortions; and with feminists marching to overthrow the male supremacist order. In 1973, the court legalized most abortions to maintain its own legitimacy.

It should be noted, however, that the real test of Roe v. Wade is not going to be in the Texas bill but in the case about the bill from Mississippi that the court will hear on December 1. Perhaps the Court will strike down the Texas bill as its more extreme provisions such as the bounty or criminalizing the people who drive people to get abortions make it legally difficult to justify, but the Mississippi case is the real threat as that case has the potential to overturn Roe.

Joe Biden’s Department of Justice has taken steps against this Texas law, suing to try to stop the law from going into effect. This is empty symbolism meant to gain votes in the midterms. It’s the same kind of empty symbolism that has allowed the erosion of abrtion rights for decades.

The Democrats could pass legislation to protect abortion and are choosing not to, as they have chosen not to for decades. The Democrats held majorities in Congress during Obama’s first term — a supermajority, in fact. And now, they hold  majorities under Biden. So where is the legislation enshrining the right to an abortion in law? While the House of Representatives passed the Women’s Health Protection Act, it has stalled in the Senate because of the undemocratic filibuster that requires 60 votes to pass anything — an undemocratic rule that the Democrats refuse to do away with.

But the Democrats would love for you to believe that’s the only reason the bill will fail, and it’s absolutely not.

Even among the Democrats, they don’t have the votes to pass the bill. Senator Joe Manchin of West Virginia previously described himself as “pro-life and proud of it,” and “a lifelong abortion opponent.” He recently said that he would not support a reconciliation bill that got rid of the Hyde Amendment. Senator Bob Casey of Pennsylvania said, “I think it’s clear to most people that the description of pro-life Democrat is accurate. I’ve been very consistent.” Both voted with Republicans on recent anti-abortion bills.

In fact, the Democrats don’t even see defending the right to an abortion as a tenet of their platform — after all, Nancy Pelosi said that Democrats don’t have to be pro-choice, and Bernie Sanders campaigned for an anti-abortion Democrat.

Furthermore, Democrats have played a role in restricting abortion rights. The Hyde Amendment passed with the support of Jimmy Carter and Joe Biden. That means that abortions are not covered under Medicaid, which renders abortion inaccessible to low-income people. And with every abortion restricion, it becomes less and less accessible. The New York Times highlights that abortions can cost from $650 for earlier stages of pregnancy to $2,350 for later stages. Sarah, who had to travel from Texas, put off a car payment to cover the $1,550 charge.

The Movement is Failing

Reproductive justice and abortion rights organizations have failed to organize a meaningful fight in the face of such a destructive bill.

The biggest abortion rights non-profits, which have immense funding pools and national networks of organizations, did nothing more than bring the case to the Supreme Court and hope for the best — a surefire losing strategy.

But the abortion rights movement has failed to even organize mass protests for the right to an abortion as it is being taken away. For example, today some small actions have been called, but nothing resembling a mass movement.

Rather, the Women’s March sees itself as an electoral appendage — which is the absolutely wrong approach. As I wrote previously:

“The New York Times framed the Women’s March as ‘an early test of Democratic enthusiasm in the post-Trump era.’ And indeed, that is what it was, with the protest largely serving as an electoral rally to rev up support for the Democratic Party.

This is what we mean when we say that the Democratic Party is the graveyard of social movements: it turns legitimate anger and street protests into electoral campaigns. It convinces demonstrators that protests are nothing more than pressure campaigns for politicians or a way to galvanize an electoral base. That’s the story of the Women’s March, which went from mobilizing four million people in the streets to marching under the slogan “Power to the Polls” a year later. And that’s the lesson Women’s March organizers, tied to the Democratic Party, want people to believe — that our power is at the polls.

But the most effective protests are a huge show of our power in the streets: of people, united. Protests are a step in the direction of the self organization of the masses, towards fighting for and winning our demands — goals they can achieve if the movement isn’t co-opted into the dead-end electoralism of the Democratic Party. Above all, protests can spread energy and enthusiasm to the ranks of the working class where we can use our most powerful weapon, the strike, to impose our strength and win our demands.”